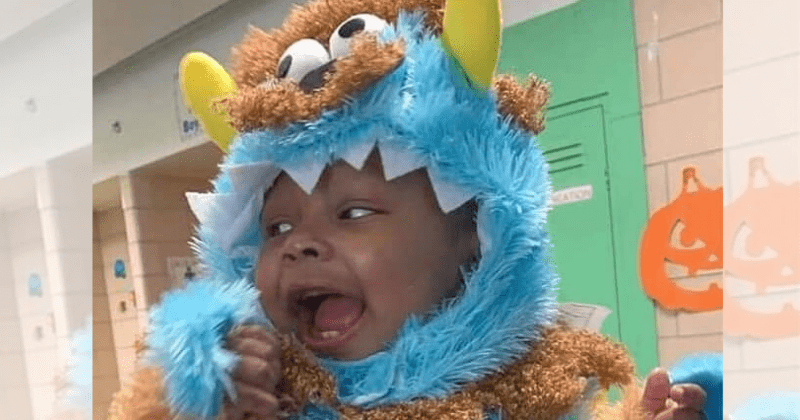 Trigger Warning: The story contains some details of child assault that readers may find disturbing

An Alabama man has been accused of murdering his girlfriend's child who he was supposed to take care of. The infant, who had just turned one, died due to a brain fracture believed to have been inflicted by him. Christopher Eugene Knight, 35, from Birmingham was arrested on Tuesday and is presently in the Jefferson County Jail. While his initial charge was aggravated child abuse, it was later changed to capital murder and is held without bond. Natasha McGee, 23, the infant's mother had left her baby under Knight's care, something she had done previously, reports PEOPLE.  The motive for the crime is yet to be disclosed. According to Birmingham News, Knight had children of his own, so she had implicit trust that he would take care of her son as he would with his own children. Thus, it came as a complete shock when she was blindsided by this turn of event.

McGee had left for work on Saturday morning, a little before 5, but soon rushed back home a couple of hours later after she received a call from Knight. "He called me saying [Jayden’s] barely breathing. I told him to call 911 but he wouldn’t. He said you need to come home and see about him," she said.  "When I saw my son, I knew something was wrong. I could tell by the way he was acting." Initially, she thought taking the baby to a hospital was the right thing to do. She even put him in her car with this intention but soon realized she needed to call paramedics first.

She said, "He was alive, but he wasn’t saying anything. He was fighting to breathe. I knew he was still alive, but he wasn’t alert." Jayden was taken to the Children’s of Alabama. As she "wasn't able to drive", she asked family members to take her to the hospital. There, doctors concluded that Jayden had a blood clot in his brain and a fractured skull. He was taken to surgery. "They took a piece of his skull so his brain would have room to swell. They said the damage was done before they did the surgery. I knew my baby was gone right then and there. But they kept doing tests and I let them keep trying and I kept praying that he would get better."

There is true evil in a person who could do this to an innocent baby. There is no justice if he doesn’t spend the rest of his life in prison and eternity in 🔥.

The baby was kept on life support for the next three days, and the excruciating wait and uncertainty over his life began for McGee. She was by Jayden's bedside the whole time. "I was telling him, 'Hang in baby boy. Be strong.' I was telling him I was sorry,” she said. Jayden was taken off life support on Tuesday afternoon, and he shortly passed away thereafter.
"It’s just been a nightmare. Waking up today knowing that I can’t see him again, I’m just sad," said McGee. An autopsy of the baby's body is scheduled on Wednesday according to the Jefferson County Coroner’s Office. Remembering her baby, McGee said, "He touched so many people’s hearts. He just loved to play. He would smile and just brighten up your day."

As she mourns the death of her baby boy, she is still trying to piece together as to what exactly happened. "I’m trying to figure out how long," her son had been injured before Knight called her. Knight has had run-ins with the law before. In September 2017, he was arrested and charged for breaking and entering a vehicle for which he pleaded guilty. In January of this year, he was arrested in connection with an incident that he was involved in November 2019 at a KFC outlet. McGee said, "I didn’t think he would do something like this because he has children of his own. I just want justice for my baby."

A GoFundMe campaign was also started by McGee's aunt after Jayden being admitted to the hospital.