This year's Election Day will be a little different because of the pandemic; here's a little history on voting. 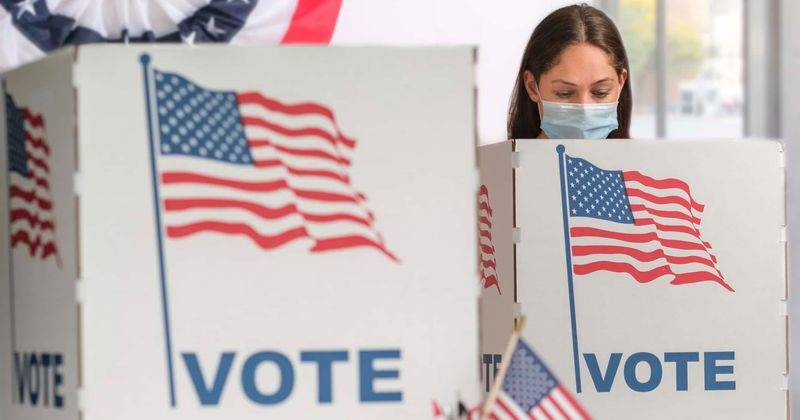 Election Day is around the corner which means you need to cast your vote whether in person or otherwise. The USA is the oldest democracy in the world and how important each person's vote is can't be said enough. Keeping all the controversies that have recently bogged US elections aside, it is every person's duty to exercise their right to suffrage. The nation is charged up for the elections with each side not shying to show their vocal support for their respective candidates. We offer you 10 facts about the elections which we are pretty not many of you might have known before.

1. The first woman to run for the presidency

Victoria Woodhull was an icon of the women's suffrage movement and broke many glass ceilings in her time. She ran for the presidency back in 1872, the first one to do so in the country. She owned a brokerage firm on Wall Street and was also a champion of labor reforms and women's rights. She ran for the coveted top post from the Equal Rights Party on the planks of women's suffrage and equal rights.

2. How do astronauts vote?

Ever wondered the people who man our space stations and astronauts on space missions during the elections vote? According to NASA, astronauts vote in the same way that members of the military who serve outside the country vote. This is via Federal Postcard Application or FPCA, which is then filled out by their respective families. This is then sent via a secure electronic ballot.

In the Ohio constitution, there is actually a line that says, "No idiot, or insane person, shall be entitled to the privileges of an elector."

The votes of the youth block can easily swing the elections. According to dosomething.org, "In 2008 Obama won 66% of the youth vote (John McCain won 32%), and in 2012 he won 60% (Mitt Romney won 36%)." Add to this the fact that 40% of millennials identify as non-white. The voting dynamics in this group is going to be interesting to analyze this election.

Another group of people who can win elections for any candidates is women. A Pew Research report stated in this regard, "In every U.S. presidential election dating back to 1984, women reported having turned out to vote at slightly higher rates than men, according to a new analysis of Census Bureau data by the Center. At the same time, the gender gap in party affiliation continues to widen."

6. Voting makes you a good citizen

Another Pew Research report in 2018 highlighted that around three-quarters of Americans (74%) consider voting in elections as very important and equal to being good a citizen.

7. No alcohol on Election Day

There was a time in Kentucky when drinking and voting could not go hand in hand. This was because sneaky politicians would use alcohol to try and get votes for themselves back in the day. But this was changed in 2013 with the approval of a bill in this regard by the Kentucky General Assembly. South Carolina, the only other state that had a similar law during elections soon followed suit.

The Donkey & Elephant, symbols of the Democrat and Republican party was first made by cartoonist Thomas Nast in the 1800s. The famous Santa Claus with his beard was also Nast's creation.

19 September 1893 was the date that women in New Zealand and, in fact, anywhere around the world got the right to vote. In the United States, it was not until August 26, 1920, that women got the right to vote. This year, thus, marks 100 years of white women suffrage in the United States. However, the 19th Amendment did not extend voting rights to women of color. African American, Asian American, Latinx American, and Native American women were only allowed to vote in elections following the Voting Rights Act, which was signed into law by President Lyndon B. Johnson in August 6, 1965, a culmination of the Civil Rights movement by Black activists.

In Australia citizens get fined if they do not vote. Do you think the same should be done in the United States?