Tani has his eyes set on bigger things. He wants to become the youngest Grand Master by beating Sergey Karjakin's unbroken record. 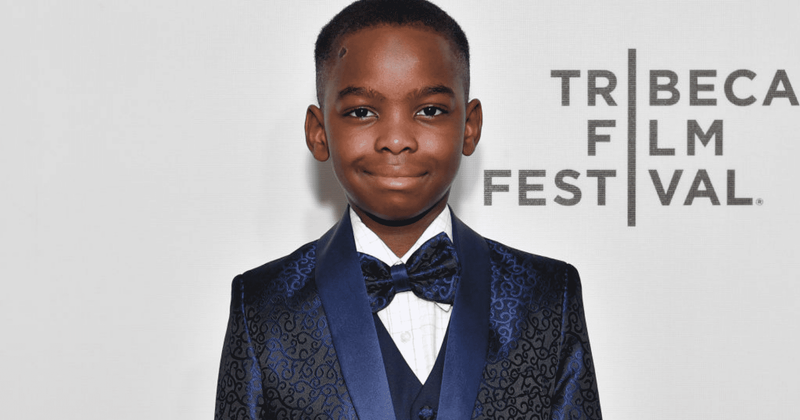 Three years ago, Tanitoluwa "Tani" Adewumi was a 7-year-old refugee living in a New York homeless shelter. His life was chaotic at best so he decided to pick up chess at school as a distraction. Since the family didn't have enough money to afford the chess club membership, Tani's mother requested the school to waive the fee off, which they promptly did. That's the first time the boy picked up chess pieces and his stint with the game began with a rating of 105, the rock-bottom for chess players.

I just loved this story of Tani Adewumi, a 10-year-old Nigerian refugee who’s already a chess master! He’s a reminder of the extraordinary potential within every young person—and our duty to help them reach it. https://t.co/Zc2FLvva6i

His skill level grew rapidly and in just over a year, when he was eight, Tani went on to win the New York State Chess Championship for his age group, beating hundreds of other well-coached kids from private schools. On May 1, a little over two years from that point, Tani has just earned the title of National Chess Master to become the 28th youngest person to achieve the ranking -- with a rating of 2223. Though it's no mean feat for whiz kids to reach such high ratings, Tani's case is quite different, considering he only picked up the pieces just over three years ago. Speaking to NPR about his latest accomplishment, he said: "I was very happy that I won and that I got the title. I really love that I finally got it."

With lots going wrong in the world, here's much-needed inspiration: A Nigerian refugee, Tani Adewumi, who learned chess in 2nd grade in NYC & became state champion as a 3d grader while homeless, is now America's newest chess master — as a 10-year-old. https://t.co/LL9yfSIOOx

The achievement didn't come easy and is the effort of rigorous training and hard work for 10 to 11 hours every day. But, becoming an NCM is not enough for the wonder kid, he has set his sights on reaching greater heights. "I want to be the youngest grandmaster," he told The New York Times. "I want to have it when I’m 11 or 12." If he manages to do so in just under two years that he has, Tani will become the youngest GM in history to beat Sergey Karjakin who earned the title at 12 years and 7 months. For reference, the Grand Master is the highest level a chess player can reach in their lifetime; there are 101 GMs in the United States, and over 1900 in the entire world.

Talent is everywhere, opportunities are scarce. Lifting up others isn't just moral, it brings more talent into society for the good of us all. The chess success of Tani Adewumi is wonderful, and we could use a million more such stories! https://t.co/IQped30lhJ

The fifth grader's meteoric rise was made possible by several benevolent benefactors who donated over $250,000 through his father's GoFundMe along with a year of free housing to minimize the roadblocks he had to face. "Tani's life was changed in 24 hours. Generous donors and supporters came together outside of GoFundMe and provided us with the housing, legal, and educational resources we needed, "the father in an update to the campaign. Oluwatoyin Adewumi, the boy's mother hasn't forgotten how far they have come. "We look back and see where we came from and where we are today, and where we hope we’re going — and every time we look back we give thanks to God," she told New York Times.

“I never lose. I learn.”
An update on Tani Adewumi, a homeless refugee chess prodigy, who recently became a national master. From @NickKristof https://t.co/l1yUcNqBNK

In fact, Tani's story has been so inspirational that even former World Champion and one of the all-time greats, Garry Kasparov, is keeping a keen eye on his development. "I’m delighted to see Tani’s rapid progress," he said. "The sky is the limit, and I’m the last person to say that chess is not a viable career path." As if praise from a living legend wasn't enough, a book his parents wrote about their struggle is being optioned for a feature film by Paramount Pictures. The script is being written by Steven Conrad of The Pursuit of Happyness fame with The Daily Show's Trevor Noah set to produce. The boy seems wiser beyond his age and looks destined for greatness. When asked what he thinks about losing, he said: "When you lose, you have made a mistake, and that can help you learn," he told The Times. "I never lose. I learn."