Brady Snakovsky from Cleveland started the Brady's K-9 Fund two years ago for the purpose. 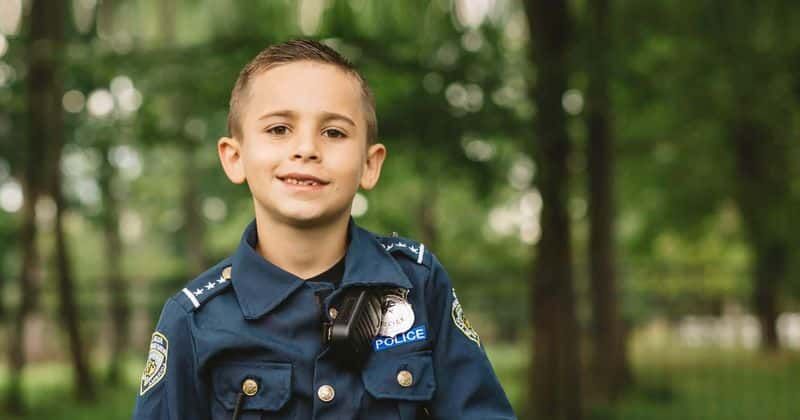 A 10-year-old boy in Ohio has raised over $315,000 to buy bulletproof vests for dogs in K-9 units across the country and even in Canada. Brady Snakovsky from Cleveland said he dedicated himself to helping the cause two years ago when he was watching a show on television. “Two years ago, I was watching a (TV) show called ‘Live PD’ and I saw a (police) K9 that didn’t have a vest. I thought they automatically had them,” said Brady. That's how the idea for his foundation, Brady's K-9 Fund, germinated and within a short time, it has managed to make a huge difference. As many as 257 dogs have been supplied with vests in 23 states through his foundation, including some military dogs who are far away in Afghanistan, reports CNN.

When 10-year-old Brady Snakovsky found out police dogs don't automatically get issued bullet proof vests, he knew he had to do something about it. https://t.co/b6bblKc75H pic.twitter.com/qm5D2z0gO1

Leah Tornabene, Brady's mom, told the outlet, "We were watching the show together and I didn't even notice that the dog wasn't wearing a vest. I was quite surprised that a child at age eight could recognize that there was an issue there, and that he could find a solution to fix that problem. It made me very proud to see him doing this." The child started a fundraising campaign on GoFundMe and bought four vests with the money. He wanted to do more and began his non-profit. It might be a surprise to a number of people but police forces with K9 units have to rely on the help of donations, so every dollar matters, according to Tornabene. In many cases, the dogs' handlers reach out to Brady through his website or word-of-mouth. When asked about his favorite dog, Brady said he had one and his name is Benny.

"K-9 Benny (is my favorite) because his handler was so thankful he started crying," Brady said, while also revealing that he had become pals with Benny's handler. About 10 days ago, he was invited to the Bedford Police Department and received a special mention by the department for his work. Brady was there for K-9 Luca, whom he supplied a bulletproof vest for. His handler, Officer Dave Kempski, brought Brady to the department as a show of gratitude. The officer thanked Brady for his efforts. He even got a Bedford PD t-shirt with Luca's picture on the back. The department posted a photo of the day's events with Brady and Luca in his gear.  "The work Brady has done is nothing short of amazing... to date, he has raised enough money to vest 256 police dogs!" the department wrote.

We would like to thank Brady Snakovsky, a 4th grader in Strongsville who runs a non-profit organization, Brady's K9 Fund, for his donation of a ballistic vest to K9 Bear. Keep up the great work Brady. We all appreciate what you are doing! @bradysk9fund #policedogs #thinblueline pic.twitter.com/2Uwbg8AVOt

It added, "This vest pictured is lightweight and doesn’t restrict any of Luca’s movement while working. We can’t thank Brady enough for what he has done for us and every other K9 he has vested. Thank you Brady." Not stopping at providing police dogs with protective equipment, Brady has now helped in the development of a dog park in Brunswick, Ohio, into a place for training police dogs, according to cleveland.com. This effort of his foundation was part of a television show that Brady was involved in. Brady found out that police dogs often lack a place to practice in for their monthly training. The Brunswick City Council approved of the idea with the fund for the improvement of the park being provided by the studio producing Brady's show, the New York and Lose Angeles-based Spoke Studios. His mother and other members of the community got involved in making the park better.

“We trimmed all the trees and planted some shrubs and stuff,” Brady said. The Brunswick Dog Park has now been reserved for police department training on Tuesdays. The park was added with agility equipment and Brady says he is hopeful to help as many police dogs as he can through the park. "I like seeing the smile on the handler's face," he said. Ever since Brady was 2 years old, his love for animals shone brightly. "It was really nice that they made it for community use, but also for legitimate police use,” said Sargent Jon Page, the Brunswick Police Department K9 Supervisor, while adding that there was an idea for a similar plan in Euclid.