Parents Beat And Starve Their 12-Year-Old Son To Death

The Pennsylvania boy lived in a dark room, was fed leftovers, and was not sent to school or for any medical treatment. 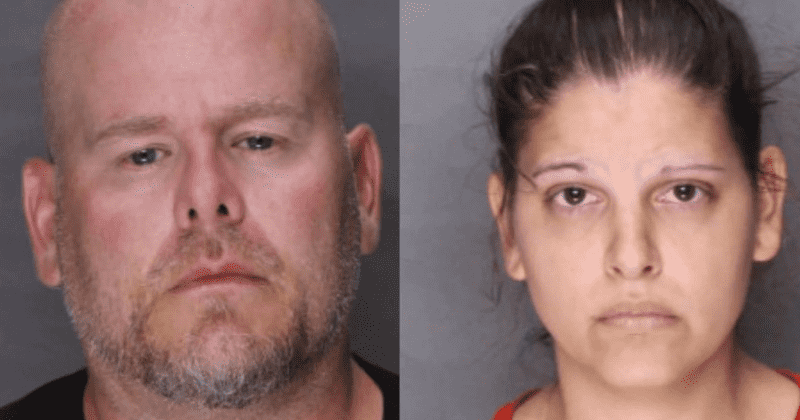 Trigger Warning: The story has graphic details of child abuse and death that readers may find disturbing

A horrific case of abuse and death of a boy was uncovered in Pennsylvania in May, with the details of the case emerging recently. Authorities found the body of 12-year-old Maxwell Schollenberger in an emaciated state in his bed that was caked with his own feces. There was not a single piece of furniture in his room that was shut to cut out all the light. Authorities said that the boy lived in "perpetual suffering" and died of trauma due to head injuries. Maxell's father Scott Schollenberger, 41, and his father's fiancée, Kimberly Maurer, 35, have been charged with homicide and are currently in state prison, reports PennLive. Investigators said Maxwell had siblings, who told them they hardly saw him even though they all lived in the same house in Annville, Lebanon County.

The charges stem from the death of Maxwell Schollenberger, whose body was found May 26. The boy was naked, and his feces-covered body was sprawled across a soiled bed in a room that was also caked with it. https://t.co/778N6eX8fM

In contrast to Maxwell's treatment, the three siblings were well looked after and were well-fed. Investigators said that Maxwell was not sent to school nor received any medical treatment and was fed mostly table scraps. His body weighed around 103 lbs, grossly underweight for a boy of his age, when he was found. It is also believed he was so weak he could hardly even stand up from his bed, and likely would not have been able to digest even the leftovers that he received as food. The parents' motive for treating their son so poorly is unknown. Maxwell's parents told the other children "to ignore him and not talk to him,” Pier Hess Graf, District Attorney for Lebanon County, said during a press conference on Monday.

“This tiny 12-year-old boy never knew the unconditional love from a family. Max Schollenberger existed. I will not call this living. He existed in a state of perpetual suffering. By the time of his death he was in that room 24 hours a day, seven days a week,” Graf said. She further shed more light on the boy's sorry living conditions. His door's room was locked from the outside and was windows were duct-taped shut with the shutters nailed. There was not a single electric light in the second-floor bedroom where he was found dead. According to a police report, Maxwell was found completely naked in his bed. “Claw marks appeared in the child victim’s sheets. Such marks made indentations on the stained feces,” the report stated while adding that the smell of human waste permeated the second floor of the home.

This is the house in Annville Township, Lebanon County where the body of 12yo Maxwell Schollenberger was found in deplorable conditions.

DA says Max did not have any clothes on, the body was malnourished, and was covered in fecal matter. @fox43 pic.twitter.com/vQYV0UQbou

They added that every piece of clothing they found was covered in feces. A cup near the bed held just an inch of water. It is not known how long Maxwell lived this way but the abuse went on for years. No one could tell there was a boy living in such neglect in this house. "Every other room (in the house) was normal. There was an abundance of food…and that food went to every other person in the household, except for Max Schollenberger,” Graf said. About the other children, she added, “Those children went to the doctor and those children went to school. None of them were abused or malnourished." Probably because of this semblance of normality, authorities never suspected abuse or were even alerted about any problem.

The charges stem from the death of Maxwell Schollenberger, whose body was found May 26. The boy was naked, and his feces-covered body was sprawled across a soiled bed in a room that was also caked with it. https://t.co/PyUSGDH8HL

“There would have been nothing to trigger a Children and Youth (Services) investigation,” the Graf said. Eventually, the couple's crimes caught up to them when a neighbor informed the police about the child's death.