Drunk Boat Driver Kills 12-Year-Old Girl While She Was On Raft: "Every Parent's Worst Nightmare"

Jasina had disappeared almost immediately under the water, and her body was later found by the Hillsborough County Sherrif's Office dive team. 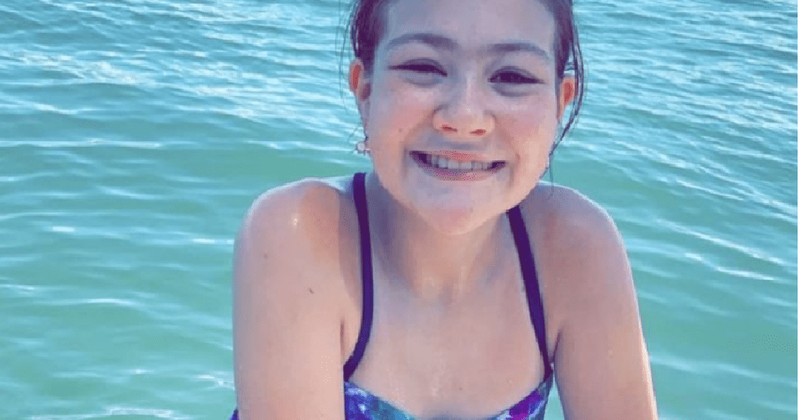 Trigger Warning: This article contains details of a child's death that readers may find disturbing

Seven months after being accused of causing a horrific fatality in a boat accident, a Florida man has been arrested. 40-year-old Andrew Miltner allegedly drove his boat into a 12-year-old girl floating on a raft on the Alafia River. 12-year-old Jasina Campbell died instantly on May 17 after being struck by the boat, which had six children and three adults on board, according to WFLA. The incident took place at around 7 p.m. that day as a second boat struck the two girls, throwing them from the raft and into the water. Jasina had disappeared almost immediately under the water, and her body was later found by the Hillsborough County Sherrif's Office dive team. "This is a case that is absolutely tragic."

Friends and family please let’s keep the 6th grade KCCSE Students In y’all praying 🙏🏼 on the loss of they friend Jasina Campbell, passed away Sunday evening in a boating 🛶 accident. My Condolences in prayers going out to her family in her close friends. Fly high beautiful soul pic.twitter.com/7hYSuz9WH8

Assistant State Attorney Stephanie Pizarro told WFLA. "Jasina Campbell was a big sister, she went out on that weekend afternoon so that she could have fun with her friend on the water, doing things that kids do. And, this defendant made a decision in that same moment to drink, then to operate a jet ski in a reckless manner." It was only this Monday that Miltner was taken into custody, and charged with boating under the influence, manslaughter, and vessel homicide, Fox 13 reported. The 12-year-old's family is finally hoping to get justice for what had happened. "Jasina is a person, Jasina is not just a victim,” the child's grandmother, Donna Campbell, told WFLA. “She liked to play, she was 12, she had a lot of things to do.”

This is the saddest thing I've ever posted in my entire life. My niece was killed I'm a boating "accident" last night. She was 12 years old. My brother and our entire family are crushed. Keep your kids close and enjoy every second w/them

On the night of her death, Miltner allegedly admitted to investigators that he had been drinking before the crash took place. According to an arrest report obtained by the Tampa Bay Times, nearly two hours after the incident, the 40-year-old was still showing "signs of impairment" and failed multiple sobriety tests. When authorities checked court records later, they found that Miltner has already been arrested 13 times in the past two decades, including a DUI charge in 2001, and two arrests earlier this year. “This is what we mean when we talk about protecting the community,” Hillsborough State Attorney Andrew Warren said. “This is what we’re here to do, this person can’t do this again and this sort of recklessness won’t be tolerated in our community...This is every parent's worst nightmare.”

A family friend started a GoFundMe page that has helped raise over $25,000. "We lost Jasina yesterday on the river in a tragic accident. I am a friend of the family. Decisions need to be made immediately as to where Jasina will be laid to rest. I’m asking for donations big or small, to help lift some of the financial burdens off the family to help with final expenses and to help the family in this time of need. Thank you in advance," the page noted. "It's been hard I'm not going to lie, we've had a very hard time," said Cherish Elliott, Jasina's aunt.

An arrest has been made in a boat crash on the Alafia River that killed a 12-year-old girl in May Andrew J. Miltner, 40, charged with BUI manslaughter, vessel homicide.​ https://t.co/CnWOG974uF

"It's kind of bittersweet though because obviously, it doesn't bring her back, it doesn't give her mother a peace of mind, it doesn't give her father peace of mind, it doesn't give the grandparents, and the friends, and all the people that loved her any kind of peace of mind because you're still thinking that this shouldn't have happened in the first place," said Abbey Hintze, a close family friend. Miltner was being held Tuesday in the Hillsborough County jail in lieu of $150,000 bail. It is still unclear if Miltner has arranged for an attorney to speak on his behalf. “Our thoughts and prayers continue to be with the victim’s family following this tragic boating accident,” Wildlife commission spokeswoman Shannon Knowles said.