14-Year-Old Autistic Boy's Pants & Underwear Pulled Down By Kids In A Park, They Filmed His Ordeal

The incident of harrassment took in Fair Lawn, New Jersey. Three juveniles and a 19-year-old girl have been charged 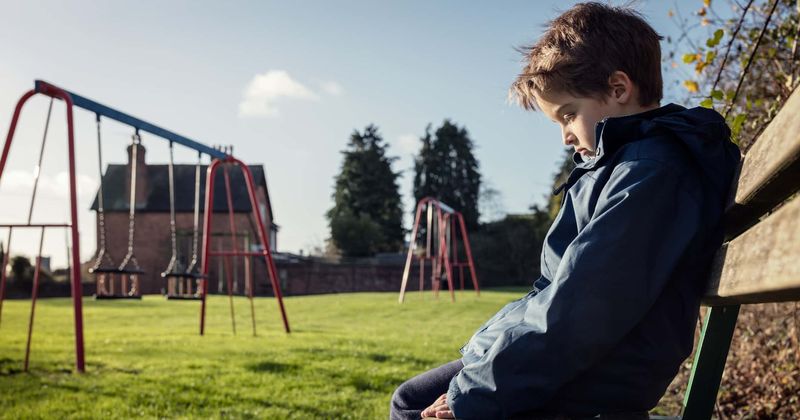 Trigger Warning: The story has distressing details of harassment of a special needs child that readers may find disturbing

A 14-year-old autistic child was harassed by teens at a park in Fair Lawn, New Jersey. Not only did they pull down his pants and underwear, they also filmed his ordeal and posted the videos on social media. The accused - two girls aged 19 and 16 and two boys aged 13 and 10 respectively - have all been charged, reports ABC7. The incident took place at Berdan Grove Park. The Fair Lawn Board of Education notified the police about the video after which the children were caught. The clip shows the 14-year-old clearly in a lot of distress as he is subjected to the humiliation. He is seen crying in the video as the other kids continue to film his suffering. What is more alarming is that the incident took place in broad daylight and there might have been quite a few people at the park. However, no one rescued the boy or stopped the vile kids from what they were doing.

According to officials, it was the youngest of the four accused who pulled down the victim's pants and underwear. Then, the 13-year-old held him so that he would not move. The 19-year old, Alis Fidrya, and the other girl then recorded the incident and posted the clips to their TikTok and Snapchat accounts. Fidrya has been charged with two counts of invasion of privacy, cyber harassment and harassment. The rest will be tried as juveniles. The 16-year-old faces charges of invasion of privacy, cyber harassment, and harassment as well. The two boys have been charged with harassment. A number of local leaders and residents condemned the incident.

Mayor Kurt Peluso said of the incident, "What's really disturbing is at that park...that's an Access For All playground that this community invested a lot of money in to be especially welcoming to those with special needs" while the deputy mayor of Fair Lawn, who has a son who is on the autism spectrum,addin he was deeply distressed by the incident. "People should know better, we're taught in the high school to respect everyone, to treat people with kindness, and so to see this happen is truly troubling," said a Fair Lawn resident Bernard Moerdler. On Thursday, the school district posted a statement on its Facebook page condemning the incident in the harshest of words and stated, "the District first became aware of this matter on Wednesday, September 9, 2020" and immediately contacted the police who "conducted a thorough investigation and determined that there is no evidence that any of the alleged acts occurred on District property."

So, apparently some Fair Lawn high schoolers and middle schoolers were involved in pulling down the pants of a 13 year old kid who has autism.... like who the fuck raised y’all??

It added, "Regardless of where it happened, we were all disturbed and upset by the nature of the video – too sensitive to recount here - and we thank you for reaching out and alerting us. We heard all your calls and read your emails and messages sent on the District’s social media accounts. We thank you for your vigilance to say something when you see something." It stated further that while the district is limited by law to speak about matters related to its students, it "wants to assure you that our District has zero tolerance when it comes to harassment, intimidation and bullying, including cyber-bullying. We are taking multiple steps to promptly and appropriately respond to this incident." It also stated, that "the safety, well-being and social and emotional needs of your children continue to be our primary concern regardless of whether we’re in a remote mode right now."

OooooooKAY....THE ADULT WOMAN IF YOU CAN CALL HER ONE NEEDS TO BE GIVEN A PRISON SENTENCE AND REGISTERED SEX OFFENDER FOR LIFE IN CASE OTHERS FIND THIS AMUSUNG!
Woman, 19, Three Juveniles Charged In Video Of Assault On Boy With Autism In Fair Lawn Park https://t.co/LtVKPdsq7e

In conclusion, the statement from Nicholas J Norcia, Superintendent of Schools said, "Should a student require support of any kind, the District’s counseling staff is always available. Likewise, individuals can contact me with any questions or concerns."