trending celebrity people lifestyle news animals
Clint Eastwood Reportedly Made Sondra Locke Get Multiple Abortions; He Cheated on Her & Had 2 Kids Too

Clint Eastwood Reportedly Made Sondra Locke Get Multiple Abortions; He Cheated on Her & Had 2 Kids Too

Everything seemed fine until 14 years later when she realized that her life with her beau was nowhere near as she thought it would be. 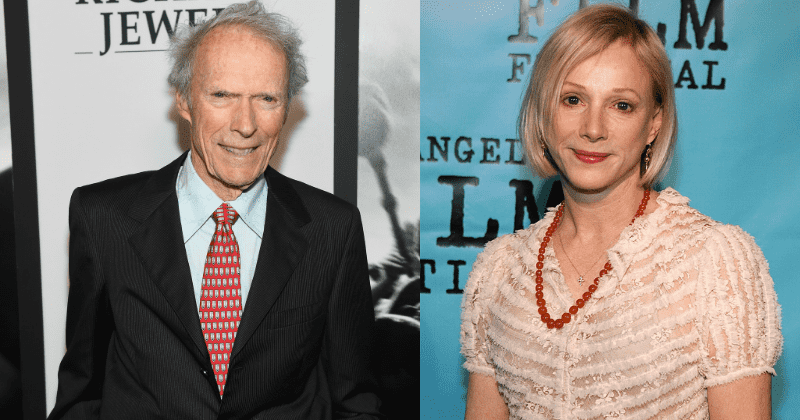 Sondra Locke's life completely changed after she was cast opposite Clint Eastwood in the 1976 Civil-War movie set The Outlaw Josey Wales. She had no idea that she would fall for Eastwood as the two began dating and soon moved into a Bel-Air mansion, according to The Hollywood Reporter. Over the next few years, she went on to star in several movies alongside her partner. Everything seemed fine until 14 years later when she realized that her life with her beau was nowhere near as she thought it would be. By 1989, their relationship was beyond repair and ended in two lawsuits.

Per Guardian, her relationship with Eastwood was one of the most toxic things in her life, especially because there was an overlap between personal and professional. Moreover, Eastwood even got Locke pregnant but then he forced her to get an abortion as he believed the time wasn't right and their lifestyle was not meant for it, according to Independent. Sharing of her tortured life with Eastwood in her memoir The Good, the Bad and the Very Ugly: A Hollywood Journey, the actress wrote, "Clint complained of the IUD – it was uncomfortable for him, he said. And he too was not in favor of birth control pills, so he suggested a special clinic at Cedars Hospital where they taught a 'natural' method of birth control."

She went on to reveal, "It was the same 'rhythm' system that historically has been used to determine the fertile days for those who are attempting to achieve pregnancy. Of course, it could be used for the opposite results as well. Not only was I taught their method but I was constantly monitored with regular pregnancy checks." The method was not something that the star preferred, however, she went ahead with it anyway. "The whole process was awkward and entailed taking my temperature every morning and marking the calendar, etc. It was demanding and ultimately it had failed twice," she noted.

Understanbly, the abortions ended up taking a huge toll on her mind but what left her absolutely distressed was the shocking fact that Eastwood cheated on her with Jacelyn Reeves and that he fathered two children. Things escalated quickly from there and one day Eastwood ended up changing all the locks to his mansion when the Academy Award-winning actress was out working. Per Radar Online, he made sure that all her possession were inaccessible by locking them up in a storage unit, including her clothes, cars, and parrot. The Gauntlet had put up with everything for 14 years bit after the recent stunt Eastwood pulled on her, she decided to take matters into her own hand.

She filed a lawsuit against the actor but unfortunately during this, she was diagnosed with breast cancer which forced her to settle the case for $1.5 million and a three-year contract to work with Warner Bros. But the latter did not work out as expected and Locke accused Eastwood of interfering with the deal. Thus in 1995, she sued him again and claimed that he was always in the way of her earning a living. "The suit was never about money, it was about my fighting for my professional rights," she explained. For her, the lawsuit was a happy ending after "five years of torture."

In her memoir, she described her former partner as cold, childish, self-centered, and cowardly. "I'm sorry he is who he is. As sorry as people are going to be, it was far more devastating to me to find out who he really was," she said. "I loved him. I entrusted myself to him." She kept fighting till the end but tragically passed away from breast cancer at 74. On November 3, 2018, she suffered a cardiac arrest at her L.A home.