Victoria Strauss's death came just after her grandma died earlier this month and her father passed away last year. 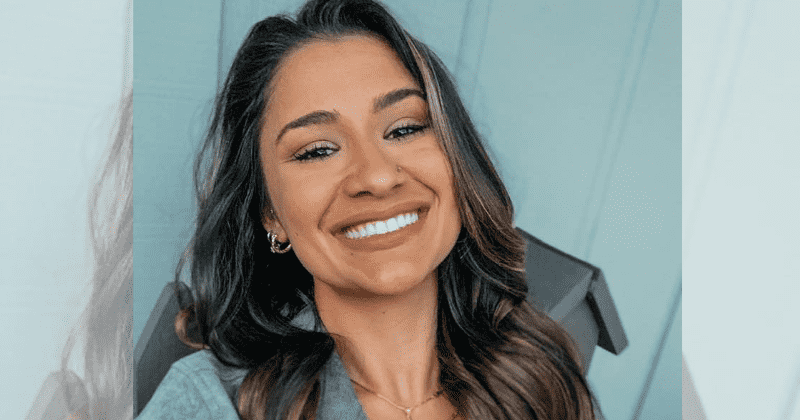 A 23-year-old Ohio woman died in a freak accident after her head got stuck between her car and a parking kiosk. Victoria Strauss from Columbus was a graduate student of the Ohio State University. While attempting to pay a fee at the parking garage her card fell down. The accident took place when she tried to retrieve the card while still inside the car. A statement by the Columbus Police Department on their Facebook page revealed that the incident took place at 11:37 pm on January 18 at the garage located at 45 Vine Street. It said, "While attempting to pay for her parking, she dropped her card. She attempted to retrieve her card by opening her door and leaning out to pick it up. She inadvertently accelerated and collided with the parking kiosk. The collision pinned her between her car door and the door frame."

Unfortunately, the woman died on the spot. "Strauss died as a result of her collision with the kiosk and was pronounced at the scene. No one else was involved," the statement stated. The police department's Accident Investigation Unit responded to the scene. An investigation into the accident is on-ongoing. According to The Columbus Dispatch, the entire accident was captured on security cameras in the garage. According to Strauss' Facebook page on January 2, her family lost a member earlier this month. Strauss wrote a heartfelt tribute to her grandma Bonnie Mae after she passed away. She highlighted that her grandma was "my best friend" and one who "taught me how to love, how to laugh, how to cook, how to always make family a priority, how to appreciate life and all the beauty it has to offer."

In another post, Strauss wrote about losing her father, while expressing her hope that 2021 would bring better things. She wrote, "Heading into 2021 feeling pure happiness, something that’s felt foreign to me since losing my dad. don’t get me wrong, I will miss him forever & think about him daily, but I’ve learned that he wouldn’t want me to be miserable & holding myself back when there are so many beautiful things that life has to offer & experience. For so long I was struggling because I didn’t know if he was okay. I had lost my faith and wondered where he was... was heaven real? Was he happy? Was he pain free? Has he met God? But lately he’s been giving me so many signs that he’s okay and in heaven with God, and it really has brought me so much peace. I see a cardinal almost everyday, see him in my dreams, and feel his presence often."

Condolences to the family and friends of Victoria Strauss and to the FAU community. Victoria was such a shining star, always with a smile on her face and just getting ready to find her place in this world. Now she will be dancing forever in her dad’s arms ❤️ #gonetoosoon pic.twitter.com/7Ig0uYNLkB

She added, "I felt like I could finally breathe again. I know this may sound crazy but this was what I needed to keep going, knowing he was okay. So 2021, watch out cause I’m gonna be up to big stuff and I’m not holding back. Dad, I’m gonna make you proud. I love you." In another post, Strauss expressed her gratitude for her family and loved ones while looking back at all the accomplishments in 2020. She wrote, "Here’s to smiling through all the bull $h!t that was 2020." During that year she "flipped a house with my mom & brother, I learned a lot about myself and who I want to be in life." She wrote about being one semester away from graduating with her masters and finishing her book, while also making it to the finals for an NFL cheer team.

For a girl that brought sparkle and joy everywhere she went I’m thankful for the memories we all deeply shared with you.

Be strong and courageous for the Lord our God is with you wherever you go. #victoriastrauss ♥️🙏 pic.twitter.com/7Ia6kKnNSQ

On a personal front, she wrote, "I fell back in love with fitness & myself, I learned to give myself grace, I met some pretty great people who will be in my life forever, built my relationship stronger with God, and learned to appreciate everyday we have on this earth because you never know what could happen." The Ohio State University told PEOPLE, "Victoria Strauss was a graduate student in the College of Social Work. We were heartbroken to learn she passed away on Monday, and we extend our deepest sympathy to her family and friends during this difficult time."