The driver rammed through the crowd and made a break for it, before being taken into custody by the cops. 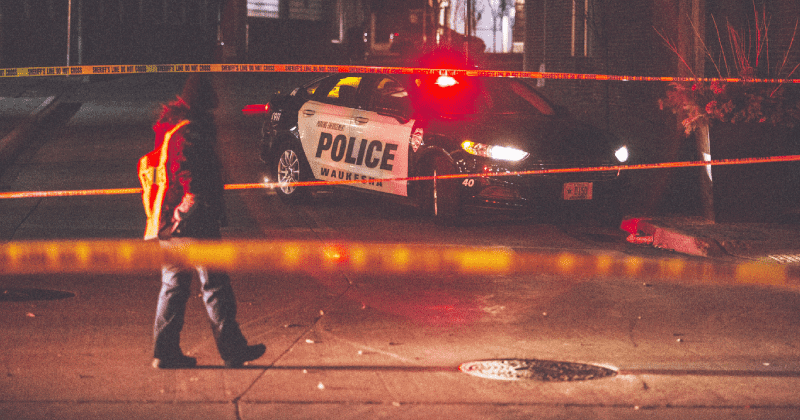 Trigger warning: This story contains graphic visuals and descriptions of a violent attack that some readers may find distressing

Five people were killed and 40 more injured in a horrific incident as a red SUV plowed into a Christmas parade in Wisconsin. Waukesha Mayor Shawn Reilly called the incident a "horrible and senseless act." Waukesha Police Chief Dan Thompson said the incident happened at 4.39 pm. Eleven adults and 12 children were rushed to six hospitals in the vicinity via ambulances and police vehicles, said Fire Chief Steven Howard. "Very tragic incident, very chaotic," said Thompson. He confirmed that the suspected vehicle has been recovered and a "person of interest" was taken into custody. No information has been released on the driver of the SUV, and Thompson said they didn't know if the driver had any "nexus to terrorism." The horrific incident was caught on video and shows a red SUV ramming through low-level barricades and speeding away, reported CNN.

A Waukesha police officer at the scene fired at the vehicle as rammed into through the crowd in an attempt to stop the driver. Thompson said no shots were fired from the vehicle and also confirmed that none of the bystanders were injured from the shots fired by the cop. "The scene is now safe and secure," he added. FBI's Milwaukee division confirmed that they were assisting in the investigation. Groups like the Catholic Community of Waukesha, Milwaukee Dancing Grannies, Waukesha Xtreme Dance, and the Catholic Community of Waukesha said they had members in the parade. The police are yet to release any information on those who have been killed or injured. Children's Wisconsin, a pediatric hospital in Milwaukee, said it was treating 15 patients who were hurt, but added that they didn't have any reported fatalities as of Sunday night.

Angela O'Boyle, who lives in an apartment near the place of attack, was one of the many witnesses. "I heard were screams, and turned my head and saw the car come and plow into the band that was just past my balcony at that point. It hit at least two people right away and rolled over them. And then continued down the road to People's Park which is at the end of the block — and then kept going, it didn't stop," she told CNN.

Archdiocese of Milwaukee claimed that one of its Catholic priests, multiple parishioners, and Waukesha Catholic school children were among those injured. "Please join us in prayer for all those involved, their families, and those who are traumatized from witnessing the horrible scene," said Archdiocese spokesperson Sandra Peterson in a statement Sunday night, reported NPR.

.@POTUS was briefed last night on the tragic situation in Waukesha and he will receive regular updates. Our team is in close touch with local officials to offer any support and assistance needed. Our hearts are with the families and the entire community.

White House said they were in touch with local officials and confirmed President Biden had been briefed. "The White House is closely monitoring the situation in Waukesha and our hearts go out to everyone who has been impacted by this terrible incident," said a White House official. "We have reached out to state and local officials to offer any support and assistance as needed."

This is a developing news story. We are focussing on reports from officials, local authorities, and credible news outlets from the ground. We will update information as the situation develops.