trending celebrity people lifestyle news animals
Boy, 5, Cries After Learning He'll Have To Move Out Of His Home One Day, And Be Away From His Mom

Boy, 5, Cries After Learning He'll Have To Move Out Of His Home One Day, And Be Away From His Mom

Caitlin Fladager posted this adorable interaction between her son and herself, which racked up over 50,000 views 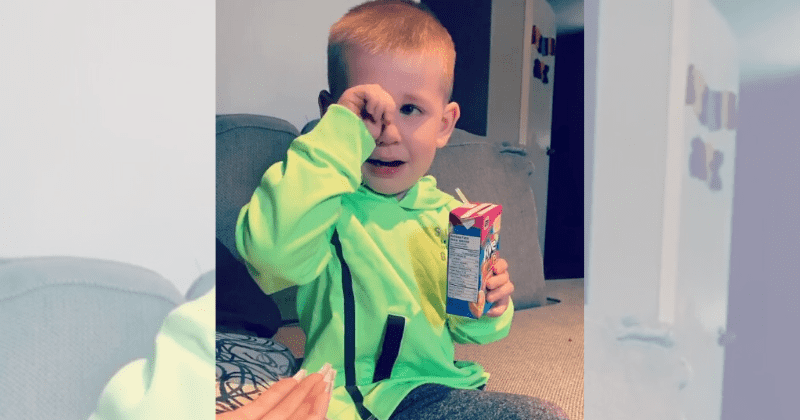 A video of a 5-year-old boy in Canada who was watching TV with his mother and told her he did not ever want to move out and be away from her has the internet bawling.  The video posted by a mother-of-two, Caitlin Fladager who describes herself as a writer and a mental health advocate on her Instagram page was posted on June 17 and has since received over 50,000 views. It shows her son named Jack with a juice box in hand and watching TV while all teary-eyed. According to her post, Caitlin wrote: I were watching a show on TV, and he asked about why the character doesn’t live at home with his mommy anymore. So I tried to explain to him that people usually move out of their moms house when they get older, and this is what followed after that conversation.

The Abbotsford, British Columbia residents received numerous comments on the post on how pure the moment was. The video shows Jack watching TV as he sips his drink. He is teary-eyed. Caitlin asks her son, "Why are you crying." He then says something about not wanting to move out. She tries to console him and says "You wouldn't move out for a long time," adding "You want to stay with mommy forever," and Jack immediately responds, "Yeah." She then continues, "You will stay with me for a long time...you will always be my little boy." She then puts her hand forward and tells him to hold it. At this point, Jack starts crying and starts rubbing his eyes with his hands. His mother says, "It's okay...why are you crying." Jack says, "Because...because I don't want to move out."

Caitlin replies, "You will live with me for a long long time" while asking him to hold his hand and says he will always be "my little boy." Jack holds his mother who tells him, "I love you" several times. Tatted.bri commented: This is adorable 😭 make sure to show him this when he hits his teens and says he can’t wait to move out. Other parents shared their own experiences of such emotional interactions with their own children. natashalowrie wrote:  Omg I'm getting to this stage with my wee boy too. he's only just realized what happens to Simba's dad in the lion king and started crying to me last week saying "simbas daddy was squashed and is dead and going to the sky."

There were others who shared similar experiences with their sons. Earthing.mama revealed that her son would not marry just so he could remain with his mom. She wrote:  My 6-year-old still does this when we talk about him moving out one day! He tells me he’ll never move out or get married or have kids. Another mom ashley_kruse93 added:  My son gets anxiety about this often. He’s 4 years old. He also gets anxiety over the fact I will get old. It makes me very sad.