Luca Berlingerio from Chicago succumbed to fatal head injuries soon after arriving at the hospital. 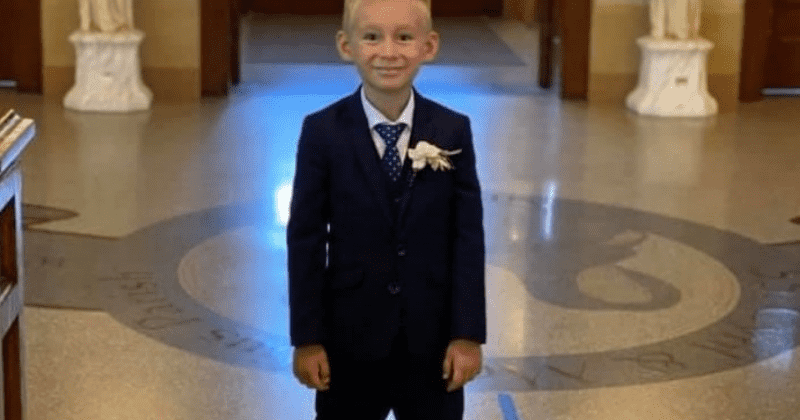 Trigger warning: The story contains graphic details of the accident.

A 5-year-old boy in Chicago died tragically when a granite table he was sitting on fell on his head and caused severe injuries. The child and his family were attending a wedding reception at the Drake Hotel in the suburbs of the city, reports WGN TV. Police got a call about an emergency related to an injured child at the hotel around 10 pm last Friday. Family members of the boy called when he was found unresponsive. CPR and other life-saving procedures were performed on the boy to revive him and he was finally taken to the Elmhurst Memorial Hospital. He was pronounced dead soon after arriving at the hospital.

A 5-year-old Glenview boy died Friday after sustaining a traumatic head injury while at a family wedding reception at an Oak Brook hotel, police said. https://t.co/GeFyyHpvLv

Deputies of the Oak Bridge Police department analyzed footage from the hotel in their investigation. They saw the boy laying perpendicular across a table that had a granite top, directly behind a sofa in an open area. There were also other children sitting in the same area. Many of them got up to leave the place. Then the boy began to slide off the sofa table. In order to slow down his slide backward, the boy held on to the edges with his fingers. Once he was off the table, it fell on him and hit his head. This led to the head trauma that killed him. According to a Daily Mail report, the boy was identified as Luca Berlingerio, from Glenview, by the DuPage County Coroner's Office on Thursday. An obituary for Luca said he "passed away suddenly" according to the report. It was also highlighted that the boy has an elder brother Rocco and his parents were identified as Simone and Anna Berlingerio.

Luca Berlingerio, five, was attending a wedding reception with his parents at The Drake Hotel in Chicago when he toppled off a granite table which flipped and struck him in the head#Weddings #Er #Coronavirus https://t.co/bhsMqbHiDX

Luca was born on August 28, 2015, according to the obituary page. The obituary page had his relatives and acquaintances posting pictures of the boy in a tribute to him. A well-wisher named Denise Hannon wrote on the page, "Dear Berlingerio Family, I'm so very sorry for the loss of your precious Luca. May your beautiful memories of your sweet son bring you peace & comfort. Prayers from Indiana."

A GoFundMe page was started by a person called Yesenia Cortez on behalf of the boy's family. The page read, "No words can explain what it feels to lose a child. My condolences to the Berlingerio Family. We are asking all our fellow UPS brothers and friends to assist Simone and his family during this tragedy. We know times are hard but anything will help." Started a day ago, the goal of the page was to collect $10,000.

At the time of publication of this report, it has raised $2,230. On Facebook, a page of the St Celestine Parish, Elmwood Park's scout's club called the Pack 4690 posted message about organizing a vigil in memory of the boy next week.  "As a leader, I am asking my den 'Webelos' to please share pictures that we can use in his vigil next week. Luca, Rocco’s brother was a little brother to all our boys. He grew up with the scouts, he wanted to be a scout, and this year he would have been a tiger but GOD had different plans for him. Please, look at your emails sent out last night and how our scout family will show our support tomorrow for Rocco and his family. Leaders will be in uniform and I ask my webelos to be in uniform, if you can not attend ... we understand."

PICTURED: Boy, 5, who died after granite tabletop fell on his head at wedding https://t.co/tqMYbtggf3

It continued, "We have experienced a loss in our scouting family over the weekend, Rocco’s little brother Luca ...a webelo from our pack. Details of his death are unclear... we only know it was a freak accident".

A statement from the hotel regarding the incident stated: “Our team is heartbroken about this terrible accident. We wish to share our condolences with the family and friends affected. To respect their privacy, we aren’t able to share the specifics of the incident."