According to the family's relatives, the arrest was unnecessary since the husband had agreed to do a voluntary interview in the case 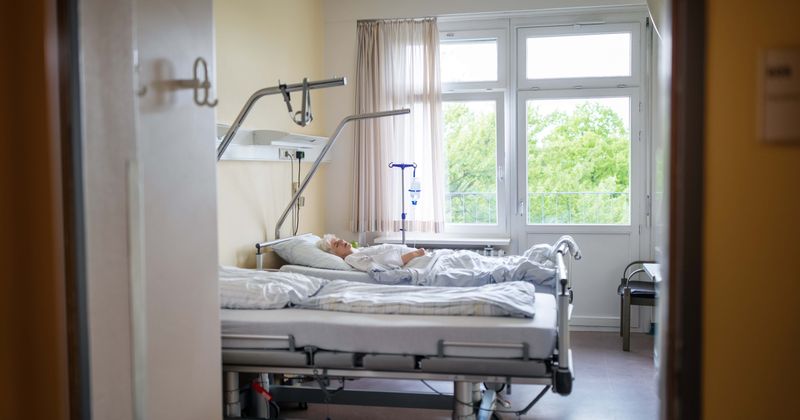 The police in Hampshire, Britain is on the dock after a woman collapsed and later died during the arrest of her husband at their home. The police are facing further heat as relatives have said the arrest "didn't need to happen" in the first place.

On April 18, police reached the Southhampton home of Tracie Caroline Emily Cooper, 50, and her husband, Nigel Cross. The latter was to be arrested over an accusation of alleged assault and racially aggravated harassment. Their 15-year-old son was also in the house at the time. The allegations had been leveled by their relatives and were related to an ongoing family dispute. In the melee, Cooper fell to the ground. A police statement read, “We can confirm that on 18 April, a woman in her 50s collapsed at her home address in Landguard Road, Southampton, whilst the police were in attendance at the address,” reports The Independent.

50 year old Tracie Caroline Emily Cooper died after collapsing during an arrest that relatives say didn’t need to happen as she was willing to be voluntarily interviewed by police https://t.co/W6sQJwCDGg

It added, “The woman was taken to hospital where she subsequently died. This investigation remains ongoing at this time and as such, it would be inappropriate for us to comment further.”

A source from the family told the publication, "The arrest didn’t need to happen – they had offered to do a voluntary interview. Despite that, they burst into the house, arrested Nigel, tried to arrest Tracie, and during the course of whatever happened in the kitchen, she collapsed.”

She was rushed to a hospital in critical condition and was put on life support. However, days later, her life support had to be turned off. Her cause of death was ruled as bleeding in the brain caused by the fall, the postmortem report says. Cross was released from custody after seven hours and was allowed to visit her in the hospital.

Ms Cooper’s husband, Nigel Cross, was held in custody for more than seven hours before being allowed to visit her in hospital

The incident is under investigation

Cooper's body was sent for an inquest to the coroner's office to determine what exactly transpired that day and under what circumstances she died. The matter was first referred to the Independent Office for Police Conduct by the Hampshire Constabulary but the watchdog passed it to the police force’s professional standards department to look into the incident. “All Nigel wants is the truth of what happened with his wife. He is devastated, he doesn’t know what to do. They were absolutely devoted to each other, they had been together for 25 years,” a relative of the family said.

Penelope Gibbs, Director of The Transform Justice group that tracks such cases said the police have been instructed to take people into cells “only as a last resort”, especially at a time when the coronavirus pandemic is at large.

Interesting it was referred to IOPC but they’ve handed it back to the force to investigate locally.....

“Tracie and Nigel were willing to be interviewed voluntarily by the police about the crimes they were accused of. So there was no need to arrest and try to detain them. Even less need to take Nigel into custody and keep him there while Tracie was at death’s door,” she said.

A study by Gibbs's organization in which she is one of the authors highlighted, "Most of those arrested by the police are brought into custody to be detained while they investigate the crime. The police aim to keep suspects until they can charge them but, if that’s not possible, they must release them on pre-charge bail or under investigation. If they gather the right evidence and the crown prosecution agrees to charge, the police can choose whether to release the suspect or keep them in the cells (on remand)."

It added, "One in ten of those appearing in magistrates’ courts were detained post charge by the police. And, of those, only a small minority are remanded in custody by the courts. And sitting miserably in the cells are the forgotten few – the immigration detainees, those on a warrant, and those detained for a breach of the peace. They too spend many hours in police custody and, in most of these cases, custody officers have no flexibility to release them early."