The family knew she wouldn't be around for Christmas. So they celebrated her favorite holiday last month. 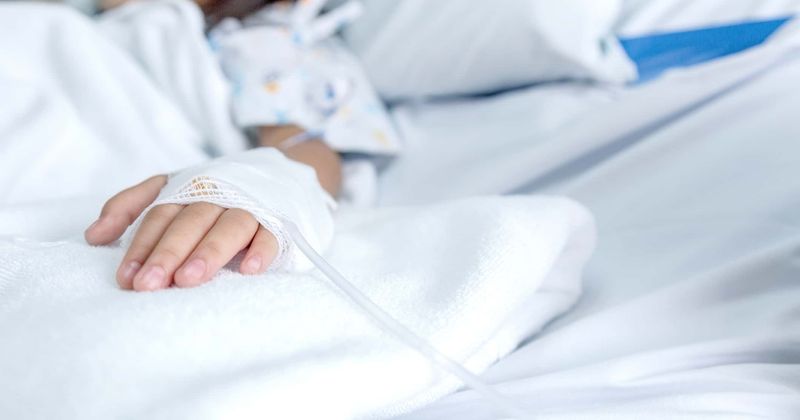 The holidays may be a time of joy and peace for most of us, but there are families who go through their worst period around this time. A little Central Valley family is in deep mourning after their little girl passed away in the midst of battling a terminal illness. Six-year-old Arianna was diagnosed with a brain tumor in July, and it was so severe that her family knew she would not be around for Christmas Day this year, News Yahoo reported.

I am ballin my eyes out. Stories like this make me cherish life & each moment I’m given. May your sweet soul rest with the angels Ari. 🤍

In order to make her last days on Earth worth remembering with happiness, the community spread early Christmas magic for the young girl and her family last month. All so she could celebrate her favorite holiday. The family and community set up an event for her, in late November, at Woodward Park so she could meet Santa Claus and have festive fun with her family. However, the inevitable could not be delayed as her family said that she passed away on Monday.

Arianna's brain tumor is called Diffuse Intrinsic Pontine Glioma, or DIPG. It's a rare and aggressive form of cancer that left Arianna unable to stand on her own. A diffuse intrinsic pontine glioma (DIPG) is a tumor located in the pons (middle) of the brain stem. Glioma is a general name for any tumor that arises from the supportive tissue called glia, which helps keep the neurons in place and functioning well. Little Arianna fell victim to this deadly condition, and this story has broken all our hearts. We will all collectively share our thoughts and prayers for her family and her departed soul.

REST IN PEACE: 6-year-old Arianna's brain tumor diagnosis was so severe, her family knew she may not be around for Christmas Day. Community members put together an early Christmas event for her last month so she could celebrate her favorite holiday https://t.co/SzX3cd8lr4

In related news, a 4-year-old girl's parents have been struggling to accept her "new normal" as she struggles to fight terminal brain cancer. "The hardest thing is watching her fall apart and there's nothing, as a parent, that you can do to take her pain away," Ciara Lanham tells PEOPLE of her daughter June. Ciara and her husband Joey Lanham learned about the health issues June had back in February this year. There were six tumors in their little girl's brain and down her spine. A month later, doctors would confirm that she had a rare brain cancer called Choroid Plexus Carcinoma and Leptomeningeal Disease, which takes place when cancer cells migrate to the cerebrospinal fluid.

"It's sad parents have to choose between spending time with their child, taking them to appointments and staying overnight in the hospital or keeping their job," Ciara explains. "It really is unfortunate that three months is all the time allocated for FMLA, even when your child is very sick and dying." She recalls:  "My husband and I just felt something was wrong, so he took her to the ER at our local children's hospital. They ended up doing a CT scan and found two tumors in her brain — one on her brainstem, which was causing all of her issues, and one towards the top of her brain."

"Joey made the majority of our income. We lost insurance after he lost his job and have wiped out our savings," Ciara explains. "I never thought I would be in this situation, but 2020 has hit us hard and has been the worst year of our lives." The mother of three said: "It got to the point where we had to hold her hand to keep her from falling over. She also developed a lazy eye, and her eyes started to cross."