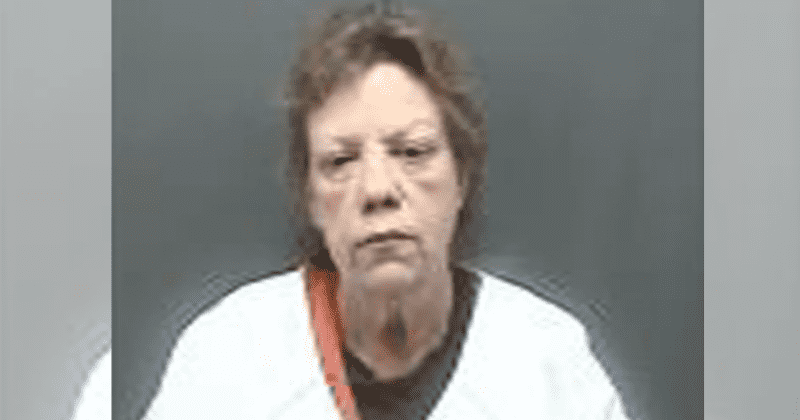 Trigger Warning: The story has details of a case of abuse and negligence leading to death that readers may find disturbing

An elderly woman in Wisconsin left her disabled adult son to die in their bathroom after he fell from his wheelchair and broke his bones reports Journal Times. 60-year-old Cheryl Christensen was looking after her 46-year-old son who had become disabled after he was struck by a vehicle at the age of 14. He also suffered from brain injuries. Cops in Racine conducted a welfare check at the request of family members on October 28 who became concerned. Earlier that day, a male relative had checked on Christensen but said he was chased away. Not just that, he was threatened as he left in his car. She beat the relative's car hood and even said she would "kill (him) and that she was going to ram her truck into his truck" the police complaint stated.

Christensen’s daughter and sister told officers that her 46-year-old brother was not receiving proper care under Christensen. They said this was "due to the defendant’s mental health issues." It also took the authorities quite a bit of effort to get inside the house according to the complaint. She screamed asking to be left alone. She then attempted to barricade the door but officers eventually got in and found the 46-year-old on the bathroom's floor covered with a blanket. When asked to come out of her room which she locked, she told cops “you’re not taking me out of here alive,” according to the complaint. She told them she would rather have an officer kill her. She even began throwing things at them and the police finally brought her under control by using a taser.

Perhaps institutionalize this woman,as opposed to prison!?Is it possible this is a case of catastrophic mental and emotional inability to cope w/the magnitude of?She needs help,not prison!She shouldNEVER have been given control of a situation she was NEVERcapable of handling.sad

They then took her into custody. During her interrogation, Christensen later told police her son had fallen out of his bed a few days before his death and was screaming in pain, possibly due to broken bones. She said she was unable to get him back into the wheelchair so she dragged him to the bathroom and gave him pills to help ease the pain. She added she gave the victim some juice and water for four days before she claimed that he began refusing sustenance. She stated that she did not call for help after the fall because she wanted her son to die peacefully at home and not in a hospital.  Inside the house, the cops found strange markings made by red paint sprayed in the walls and various other parts of the house according to the complaint.

This included a red cross sprayed on the TV, red "X" on every door, a red line on the floor as well as paint splattered on the walls and on the entryways inside the house. The mirror was also stuck with cardboard with a red "X" painted on them. When questioned further Christensen said she believed her son's health was “on his way out” but relatives said otherwise. A visit to the doctor a month ago had stated he was in good health. When asked about the markings,  Christensen explained "the home had a mad energy to it" and spoke of demons in the house. Relatives told the cops they were worried about the woman's mental health which they believed was on a decline. They also revealed she had been sending significant amounts of money to a preacher in Texas she followed on YouTube.

Police reported finding found red X's painted on all the doors of the home, which the woman said was because "the home had a mad energy to it" and that there might be demons in the house. The woman said… https://t.co/A3sNqJaAiR

A $3,000 cash bond was set for Christensen's release and she is presently in Racine County Circuit Court. She has been charged with subjecting an at-risk individual to abuse causing death, a felony charge. A misdemeanor charge for obstructing an officer and disorderly conduct was also slapped on her.