The former high school teacher has been reportedly defecating in his neighbor's yard for years. 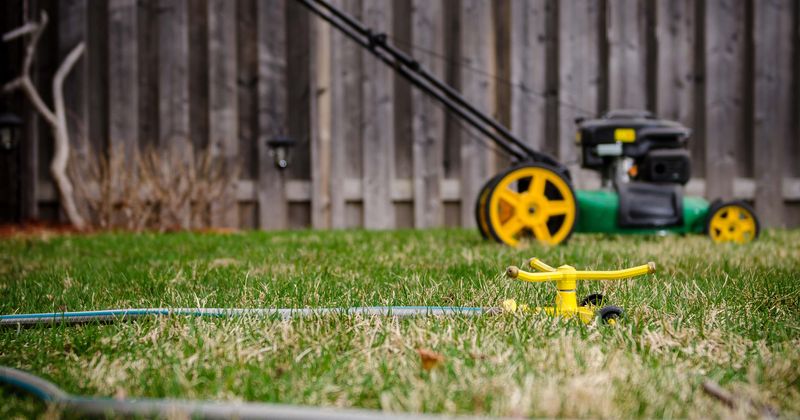 Sure, you may never agree with someone who has different political beliefs, but is it worth getting into shit for? Apparently so, in this case from Ohio. Jerry Detrick, 70, pooped in his neighbor's lawn and has been doing so for years. Why? Because his neighbor, Matthew Guyette, is a Democrat who supported Joe Biden while he was a die-hard Donald Trump fan. The former high school teacher (yes, that's right) was later arrested by cops after Guyette spotted him taking a shit in his lawn around 3 am.   Guyette even confronted the man, who simply got up and walked away, reports The Daily Mail.

I liked this storyline better when it was an episode of Bob's Burgershttps://t.co/6O6eDIls90

Detrick was later released and told a policeman that he actually defecated in the same yard "multiple times" in the past, according to the police report. “Jerry also stated he does it because the residents (at the address) are Democrats and support Joe Biden and he’s a ‘Trump man,’” reads an incident report from police, as per NY Daily News. “This leads me to believe this incident is politically motivated.” Guyette addressed the incident on his Facebook page, writing: An eventful early morning. Finally caught the man who's been shi*ting in our front yard for the past ten years. Detrick at first denied the claims, after which he admitted to just urinating, then finally accepting to defecating, but only after being released by police. Talk about a shitty thing to do! He quite literally took a dump for Trump!

Internet users were quick to comment on Guyette's post. Paul Czupryk said thoughtfully: I stepped in poop last year when I was mowing My lawn. I was blaming a stray dog but maybe it was Him. Lisa Poeppelman Burk shared: Matthew, I am so sorry that you guys have had to put up with this nut. This town has many nice people, but of course, every village has an idiot. I’m glad they finally got him. Michael Guyette pointed out, completely dumbfounded: This guy is 70 years old! Vicki Briner Lansen shared: After all is said and done. Ticket or court case, public shaming or whatever, I am so sad that someone has had this kind of thing happen to them. Matthew and Eddie are incredibly decent and involved members of the Greenville community. I'm so sad that this was something that you had to put up with for so long. I'm glad it's over. Tara Devlin noted: Every day we get a new example of the depravity of America's right wing dupes. Decent people just living their lives are continuously harassed by these monsters.

Trump fan, 70, is busted for pooping on neighbor's lawn 'multiple times' because he's a ... https://t.co/o8VXl0rNbB via @MailOnline

This isn't the first time a neighbor has been caught for dumping shit in a yard. At least, in this case, it was their own! WOIO reports the case of one woman who said that her neighbor was dumping human waste in the backyard.  Cleveland Resident, Odetta Fields, told the outlet, “He was dumping it in the garbage cans and now he’s taking it out back and dumping it by the fence. It’s not even a smell you can get used to. It’s contaminating the whole neighborhood, the smell is awful."