The child was a victim of physical abuse by his biological father who beat him up for stealing . 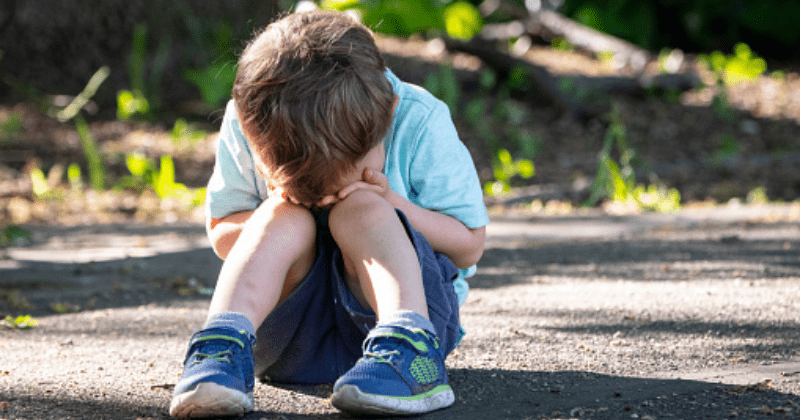 As parents, it is their duty to look after the child they brought into the world. They need to be patient and understand that their child does not have a complete understanding of how things work. If they lose their temper and lash out at the kid they lose at a good teaching moment. On the other hand, there are some people who should never become parents. Like the parents of this child who was abandoned by his abusive parents at a petrol station with just a note. The note read he was just too naughty to be taken care of.

Cruel mum abandons son, 8, with note saying he is 'too naughty' to look afterhttps://t.co/AwuwrHTF7t pic.twitter.com/4aATUpoSzi

This heartbreaking incident occurred earlier this month in Pelalawan, Indonesia. Pictures of the abandoned child, eight, surfaced online along with the note that was left with him. According to The Sun, the farewell letter read, "Child, forgive me. I am forced to leave you on the street as I’m no longer willing to see you suffer or tortured because of your mischief, every day you are causing problems. Forgive me, child. Take good care of yourself.” The child was wearing a red hoodie and even had marks on his face, evidence of the violence he had to suffer.

The child was found by passersby sitting by the road near the gas station pretty late at night. He was taken by the good samaritans to the house of the village head. He was also taken for a health check-up where the kid admitted to being physically abused by his biological father. As per reports by the Indonesian publication Gridstar, the boy along with his brother was severely beaten up by their father. "The perpetrator pinched the victim's left little finger. The victim was already crying, but the perpetrator was still pinching the victim's little finger and ring finger using pliers," Pelalawan Iptu Police Public Relations Officer Edy Haryanto told the media.

The children were also subject to more violence and did not stop with just the pliers. The dad had allegedly also beaten his son with a wooden chair across his back, twice. He then put down the chair and hit the child's face with pliers until he was injured. The police went on to explain how the children were wailing at this point and unable to stand this, the father then took an axe and threatened to cut off the child's leg if he left the house. The young boy's mother has divorced the perpetrator. She also prevented the man from causing more harm and took the victim away and left the village.

According to statements given by the boy's parents, the son was naughty and stole often. "But, nevertheless, violence against minors should not be done," Officer Haryanto stated. The father did admit to hitting the child with the chair and using pliers to torture him. "His status is still secured, because currently, no one has made an official report to the Kuras Base Police," Haryantoe said of the father's legal position. An arrest has not been made with the consideration that he is the sole breadwinner of the family with six children. But there might just be a small ray of hope in this incredibly tragic story.