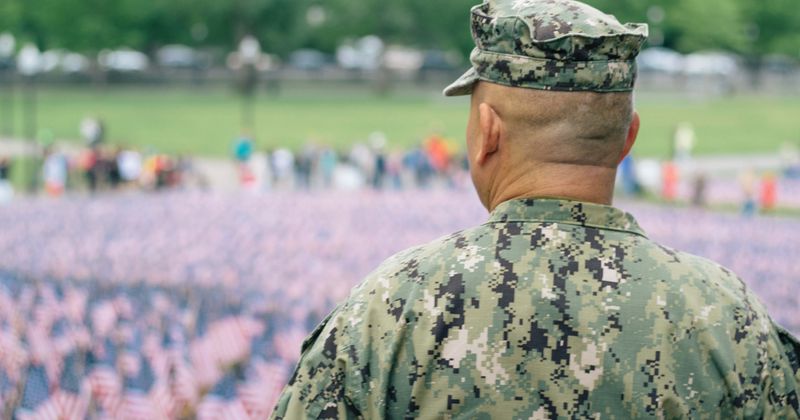 Scott Monchnik arrived at this childhood home on a chilly November night, but unlike all the times he'd visited, this particular instance would weigh heavily on him. Not only was the house burned down, but there was also blood on the floor to mark where his father had been beaten to death. His father, Paul Monchnik, 91, was a World War II veteran and a self-employed television repairman for the last 50-plus years, who suffered a gruesome death after George Steward IV, 18, beat him to death before dousing him in gasoline and lighting him on fire, reports The Detroit News.

SICKENING!: Teenager kills 91 year old WWII veteran, Paul Monchnik by beating him, dousing him in gasoline and setting him on fire!

Who thinks this little asshole should be charged as an adult?https://t.co/rrqkzapABX

Wayne County Judge Michael Callahan convicted Steward of murder and sentenced him to 30 to 60 years in prison after he pleaded guilty to the second-degree offense. The Monchnik family is said to have arrived at a sense of closure after the conviction. Speaking about the "scene from hell" that the house had turned into, the victim's son issued an emotionally charged statement and said his family was traumatized by the incident: "His life was brutally taken from us by a monster," Monchnik declared. "The terrible sickening feeling I get thinking that my dad’s last hour on Earth was filled with horror and pain, worse than anything he went through in the war." As per authorities, there was no motive behind the gruesome incident but said the teenager lived next door to the elder Monchnik with his grandfather.

Detroit Police James Craig said a suspect in custody in connection with death of Paul Monchnik, 91-year-old found dead in his Detroit home.

During his sentencing, Steward issued an apology to the Monchnik family saying he was "remorseful" for what he did. "Each and every day I wish I could take it back," he said. "No one should be able to leave this world like that. I’m sorry for the loss I caused their family, for the heartache I put in their hearts. Hopefully one day they can find it in their hearts to forgive me." Steward's family and friends, who were present outside the court, appeared to defend him and said he wasn't the "monster" they portrayed him to be. His sister, Taige Steward, said that her brother had never been in any sort of trouble whatsoever before the murderous incident. Offering an apology for the victim's family, the woman said: "I feel sorry for the family and for my family as well because we are all going through. I know he honestly feels terrible about what happened.”

Here's Paul Monchnik, 91. He was found at home, in a fire. Police investigating as a possible murder. #local4 pic.twitter.com/UQqiK3vFgS

Tyrone Davidson, a family friend of the Stewards, meanwhile said they want to appeal the sentence because there was more to the story. "It’s an unfortunate situation on both sides," he said. "I think it’s more to the story than what’s been told." During Steward's preliminary exam months prior to the sentencing, Sergeant Brian Bowser of Detroit Police told the court that Monchnik's cellphone was discovered in the Steward family backyard along the 20500 block of Bentler, a day after the 91-year-old man's body was found. A gas station attendant even testified that Steward bought 50 cents worth of gasoline and a lighter the same morning that Monchnik was killed and set on fire.

As per Monchnik's family members, the war veteran stayed alone in the house and preferred to take care of himself.  His son stated that Monchnik was a "good and gentle man" who wished to live until he was at least 100 years old. "This man (Steward) has created a hole in all of us that is filled with anger and hatred, fear and loss," the victim's son added. "You have taken something that was not yours to take."