The warm-hearted star gave wads of cash to people at the Malibu Community Labor Exchange in Los Angeles. 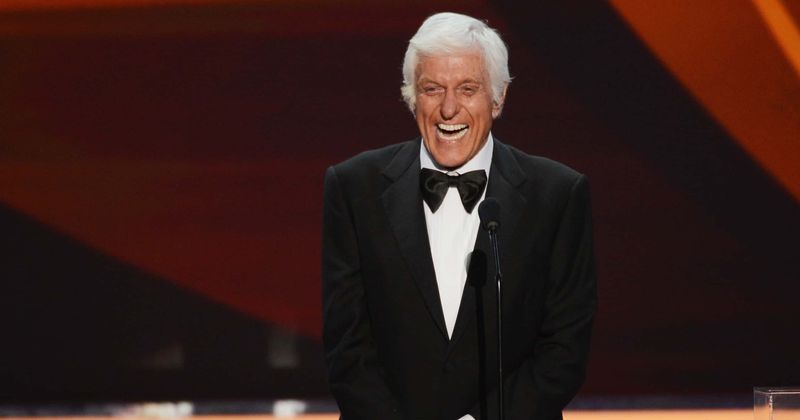 Dick Van Dyke is one of the most charismatic, warm-hearted actors in the business. Not only is he incredibly charming even at the tender young age of 95, but he's also still got a big heart. Which he proved to be true even more recently when he visited the Malibu Community Labour Exchange earlier this week. The Mary Poppins actor gave back to the community on March 30 while he was out running errands. According to The Independent, he stopped at an ATM to withdraw money and then visited the Malibu Community Labour Exchange.

Tip your hat to one of the good guys: Dick Van Dyke, 95, hands out wads of cash to people in need in Malibu https://t.co/ObsWGnXwQq via @MailOnline

According to its website, The Malibu Community Labor Exchange is "a community-created nonprofit organization that provides an organized and supportive place for the people of Malibu to hire and be hired, creating opportunities for the unemployed to build independence and self-sufficiency through work." That afternoon, he was caught by a cameraman handing out piles of bills to people waiting in line. The coronavirus pandemic has left many people unemployed, so whatever the amount, the actor's generosity is sure to help people during these hard times.

Van Dyke has had an illustrious career over the decades. He is perhaps best known as Burt the chimney sweep in Disney's 1965 classic Mary Poppins.  He also found fame on the groundbreaking The Dick Van Dyke Show, created by Carl Reiner, which is touted to be TV's first-ever sophisticated comedy. Fans of the actor saw him more recently back on screen in the 2018 sequel, Mary Poppins Returns. His co-stars were in awe of how the actor in his 90s still had a great physical presence. According to VT, Lin-Manuel Miranda shared, "It was... extraordinary. When [Van Dyke] was on set, I didn't ask him anything about Bert. I don't think I could wrap my mind around the fact that I was in a Mary Poppins movie with Dick Van Dyke. So I pretty much talked to him about everything except Mary Poppins. I think if you ask anyone on our crew, the Dick Van Dyke days... the DVDD... were the most special days on set because he embodies the themes of the film. He still has all that childlike wonder, and he's 93-years old!"

In an earlier interview with Harper's Bazaar, Emily Blunt, who played Mary Poppins, shared at the time, "Yes, he’s 92-years-old, but the eyes, and the smile, are seared into your memory. It was terribly moving having him there. Obviously, he’d be exhausted by the end of the day, but between takes, he’d put his hand on my arm and sing, 'It’s a jolly holiday with Mary.'" In his memoir Keep Moving, he says that the love of dance has kept him young. "If I am out shopping and hear music playing in a store, I start to dance," he writes. "If I want to sing, I sing. I read books and get excited about new ideas. I enjoy myself. I don't think about the way I am supposed to act at my age — or at any age."

Dick Van Dyke singing "Chitty Chitty Bang Bang" in a restaurant is the content we all need right now! pic.twitter.com/kGvqCgLvPe

More recently, a video of the actor went viral where he was captured singing "Chitty Chitty Bang Bang" from his film of the same name at a deli. Another time he was seen dancing at a department store. The way he still dances and is so full of life inspires everyone who sees him. In an interview with The New York Times, when asked what he hopes to spring to mind when people hear the name "Dick Van Dyke" he responded, "That I made ’em laugh. That I lifted their worries a little bit. I’ve always tried to do family-oriented entertainment. I lost a lot of money over the years, turning down good parts because it didn’t fit my idea of the kind of entertainment I wanted to do. I mean, I’m not Mister Rogers. But I’ve always had a standard." Well, there's no denying that every time we see him, he does lift our spirits, no?