The next time this will happen is in 2039, the National Aeronautics and Space Administration said. 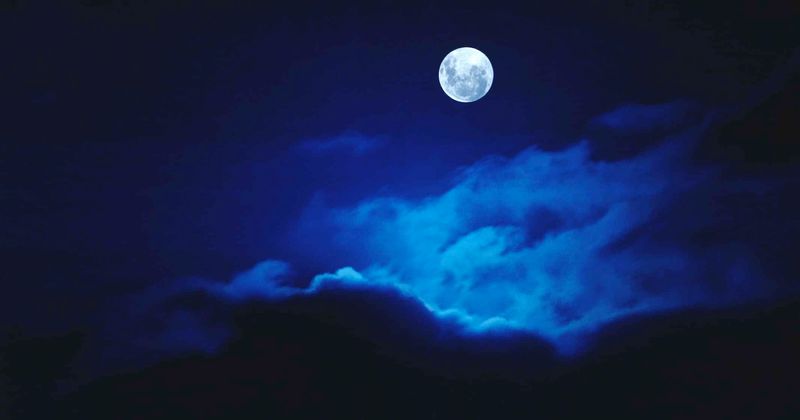 We are always on the lookout for an amazing cosmic phenomenon that happens so rarely that some of us may only get one chance in our lifetimes to experience it. Whether it's a precious meteoroid shower or a rare comet sighting or even special geometric conjunctions between the stars and planets, anything Astro-related is surreal and captivates us thoroughly.  Let us now inform you of something that hasn't happened in many decades! For the first time since the 1940s, Halloween night will be complemented with a bright and shining full moon.

🎃This Halloween, on Saturday, October 31, will shed more light than usual on the eeriest night of the year, because it coincides with a spooky Full Moon. Halloween this year, falls on the same day as the Taurus Full Moon lit up by the Scorpio Sun. It's all aligning—manifest it! pic.twitter.com/lxgDATPfBT

As mentioned previously, the Halloween full moon is one of those occasions which may end up being a once-in-a-lifetime event for many people. The last time it occurred was in 1944, according to the Farmer’s Almanac. The next one isn’t expected to happen until 2039, the National Aeronautics and Space Administration (NASA) said. “When you look at the full moon on Halloween night, it won’t appear blue in color but you’ll be looking at something pretty uncommon,” according to the Farmers' Almanac. “A full Moon on Halloween occurs roughly once every 19 years”. "For a Halloween full Moon, the Metonic Cycle worked well early in the 20th Century—in the years 1925 and 1944.  But thereafter, using the cycle, the date of full Moon shifted a day to November 1st (in 1963, 1982, and 2001). But then, in 2020, it returned to October 31st. Making it a rarer sight, indeed."

✨🌕🎃A Rare "Blue" Moon will light up the Halloween night sky on October 31, with two Full Moon's occurring in October. This is a passionate and creative Full Moon in Venus-ruled, Earth sign Taurus. Financial matters you've been thinking about come to completion. Manifest. pic.twitter.com/96dRIdBaZK

The full moon this coming Saturday will be a "blue" moon. That doesn't mean it's actually going to appear blue, mind you.  That's just a term used by scientists to describe the second full moon in a single given month, which only happens about once every 2 and a half years. The first full Moon of 2020 howled onto the scene with January’s Wolf Moon on Jan. 10. And usually, we have one for each month, making the total 12 for the year. However, on occasion, some months will have two full Moons. Saturday’s blue moon will peak at 10:49 am ET, but will look full the night before and the night after. Remember, we had a full moon on Oct. 1 known as the Harvest Moon. That one usually happens in September, so you can understand why there are two of them this month.

PASS IT ON: Full Moon arrives on October 31st Halloween! It’s also known as a Blue Moon since it will be the 2nd full Moon to occur this month. Photo courtesy of Doug DeDecker. #Moon #Space pic.twitter.com/wN9yprHSPi

The Halloween full moon will also be a hunter’s moon, which is the first full moon to follow the harvest moon. This one is extra special as we will not see a 100 percent illuminated Halloween full moon until 2039. After that, it will happen again in 2058, followed by 2077 and 2093 (roughly a 19-year-pattern). Thankfully, it does not make all that much of a difference when the moon is between 98-100 percent illuminated state. "When I was teaching, my high school students thought a full moon occurred every Halloween," astronomy educator and former planetarium director Jeffrey Hunt said. "When the moon is photographed with a smartphone the results can be disappointing," Hunt admits. "A telephoto attachment will help make the moon larger." He then adds, "Of course, full moons occur in October during the intervening years, just not on Halloween".

Maybe this can have an influence on the kind of costume you are going to wear if you do plan on heading out this year. You could even tie it up with the lore that's attached to the October full moon.  "Many moons ago, Native Americans named this bright moon for obvious reasons," the Farmer's Almanac said. "The leaves are falling from trees, the deer are fattened, and it’s time to begin storing up meat for the long winter ahead." The Hunter's moon makes it extra special for you to dress up as your favorite horror movie villain!

We’re getting a full moon next weekend—and it’s our last Halloween “blue moon” until 2039!

Get the details in our latest Watch The Skies update >> https://t.co/fP3mIbqIoA pic.twitter.com/KK1QhubuYQ