The museum uses interactive experiences, experiments to show what happiness is all about and how different countries perceive it. It also has artifacts that make people happy sent from around the world. 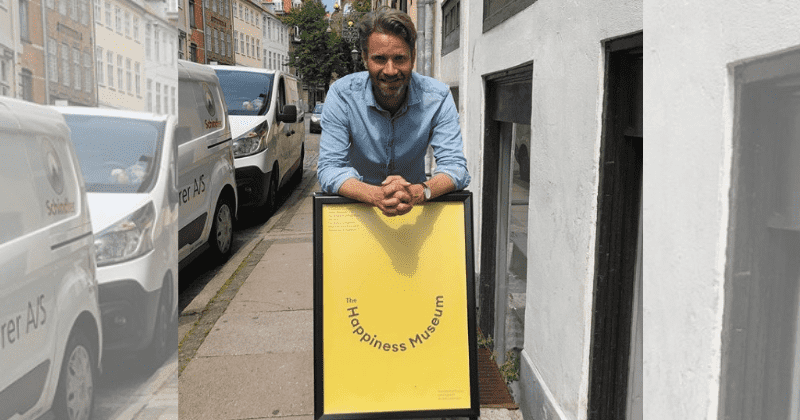 The world right now is not such a happy place to be in. The coronavirus has stolen the peace of countries and people, rendering millions jobless and sentenced thousands to death. Then there's the constant warmongering between countries. In the midst of all of this, it is a surprise that a museum dedicated to happiness has been opened. Where better to start a museum such as this one than in Denmark that has constantly come out on top of happiness rankings. It was started on July 14 by a Copenhagen-based think tank called the Happiness Research Institute, according to CNN. Located on a 240-square-meter (2,585 square foot) space in the city center, The Happiness Museum, as it is simply called, has a fairly straightforward aim—to show why and how people are happy.

Meik Wiking, CEO of the Happiness Research Institute, told the channel that the idea for the museum came to him when people visiting his office requested him to set one up. He admitted that the office space did not inspire much happiness. "I think people imagine that the Institute is like a magical place -- a room full of puppies or ice cream -- but we are just eight people sitting in front of computers looking at data," said Wiking, who is also the author of a book on the Danish concept of "hygge." Some describe it as a special feeling of being in the moment and enjoying the present. "So we thought, why don't we create a place where people can experience happiness from different perspectives and give them an exhibition where they can become a little bit wiser around some of the questions we try to solve?" he added.

On its website, the institute describes its aim as "exploring why some societies are happier than others." It adds, "The mission is to inform decision-makers of the causes and effects of human happiness, make subjective well-being part of the public policy debate, and improve the overall quality of life for citizens across the world." With such lofty goals, it was about time for the institute to act. Opening during the pandemic was not deliberate. The museum had been in the works for months earlier, and the decision as to whether or not to open during this time had to be taken. "We thought, there might not be a lot of guests these days, but the world does need a little bit more happiness," he recalled. So strict COVID-19 protocols were put in place, which included a one-way traffic system and a limit of 50 patrons being inside at a time.

What does the museum actually exhibit? Well, it gives people a perception of what global happiness is. While the idea of happiness is generally the same among everyone and countries in the world, perceptions of it have changed across the span of human life and history. The museum also shows what happiness means in different regions and why some countries are happier than others. The museum aims to do that through various interactive experiences, and aid the institute's work on various subjects under the broad idea of happiness. One of the things you might find in the museum is a wallet with cash fallen on the floor. Each time it has been returned to the reception, the museum authorities said.

This little exercise might be to elaborate on the idea that trust in one's fellow citizens is also a reason for happiness in a country. There are also various artifacts that people have sent the museum from all over the world as a representation of what makes them happy, which is also part of the place's display. "We might be Danish or Mexican or American or Chinese, but we are first and foremost people. It's the same things that drive happiness no matter where we're from, and I hope that people will see that in the exhibition," Wiking said.