It was developed based on a 2018 study which revealed a combination of 2 non-sleep-related drugs that could reduce snoring to a great extent. 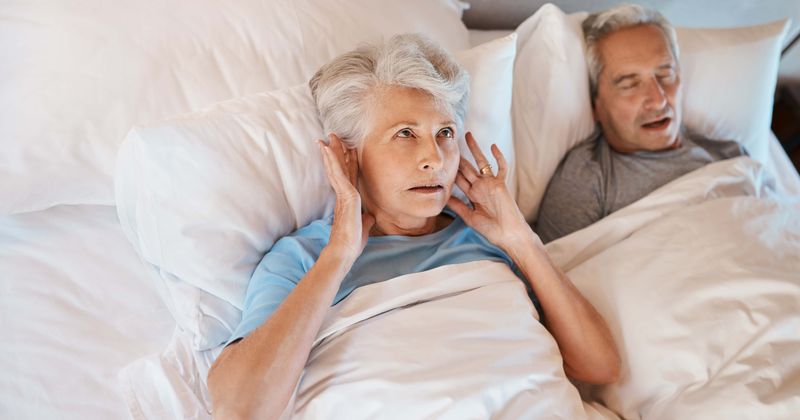 A pill being developed by scientists in the United States might just put an end to snoring. The nuisance is often associated with Obstructive Sleep Apnea (OSA) that affects millions around the world. According to the Mayo Clinic, OSA is a potentially serious sleep disorder that causes breathing to repeatedly stop and start during sleep. It occurs "when your throat muscles intermittently relax and block your airway during sleep. A noticeable sign of obstructive sleep apnea is snoring." There are quite a few means to treat OSA. These usually involve using a device that keeps the airway open when a person is asleep or a mouthpiece to thrust a person's lower jaw. Surgery is also an option. The revolutionary new pill—which is being developed as a treatment for OSA—will, however, give a person the option to forfeit all of the above measures.

A new nightly pill is in the works that may reduce snoring! 😴 This started in 2018 when a study out of Brigham and Women’s Hospital in Boston was researching a mix of medications that reduced snoring by 74%.

Scientists at the Brigham and Women’s Hospital in Boston conducted a study in 2018 which studied the effects of a combination of two non-sleep related drugs on snoring and OSA. It was found to reduce snoring to a great extent. The 20 research volunteers who participated in the study said they experienced a reduction of snoring frequencies by 74%. Breathing interruptions were down from an average of 28.5 per hour to just 7.5. Two years after this promising outcome, clinical trials based on the therapy devised from this study was started. The trials were sponsored by a Massachusetts-based company called Apnimed. The company was already planning a trial with 100 patients back in 2018 to study dosing and side effects, according to the company's CEO, Larry Miller, reports Science Mag.

The drug combination used in the study were "atomoxetine and oxybutynin." Atomoxetine is a drug used to treat attention deficit hyperactivity disorder and approved by the US Food and Drug Administration (FDA) in 2002. While the other combination, oxybutynin has been used for decades to treat overactive bladder. It also "improves genioglossus (tongue muscle that is crucial in keeping the throat open) responsiveness during REM sleep." OSA affects some 22 million people in the United States, with some 13% of US men and 6% of women aged 30 to 70 being affected. In Britain, some 2 million are affected. While the drug combination looks like a panacea for snoring, scientists are cautious as there are some side effects and there is still a lot that needs to be investigated.

A new tablet taken at bedtime could stop snoring for good https://t.co/atGGzlUcga

The one potentially problematic finding is that "although the drug combination reduced patients’ AHIs, their number of subconscious arousals—the subtle awakenings that leave patients exhausted—remained high." Other concerns, according to sleep physicians, include side effects unrelated to breathing. Some have pointed out the risk of hypertension and heart attacks due to the stimulant effects of atomoxetine. The oxybutynin could also have a dampening effect on bladder muscle activity may prove problematic for a typical group with sleep apnea. According to MediHelp, atomoxetine is also often linked with suicidal thoughts and mood swings, while oxybutynin can also lead to difficulty in breathing and swallowing, besides many other side effects.

Do you know someone that could use these?https://t.co/5I6SeUypy2

“We’ve never had a drug combination, or any sort of a drug, that consistently improved everybody’s AHI. That’s actually unbelievably exciting,” said Sigrid Veasey of the University of Pennsylvania (UPenn), a physician-researcher who studies sleep. Other sleep apnea experts also cautioned that the findings of the 2018 study are very extremely preliminary. According to The Sun, Dr. Neil Stanley, an independent sleep expert unrelated to the 2018 study, said, "These are interesting preliminary findings and the reduction in symptoms is very promising." However, Stanley—who is also a member of the British Sleep Society—cautioned,  "But more research is needed to see if the effect is sustained."