From smartphones to home security systems, the schoolgirl made some spookily accurate predictions about technology in the future. 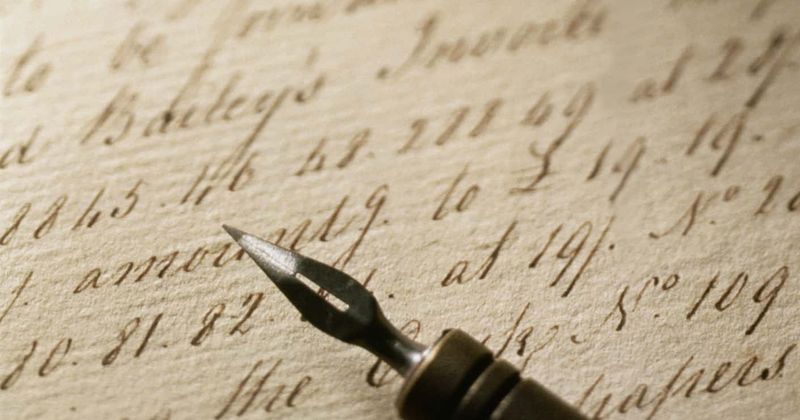 A note written by a UK schoolgirl in 1969 has made some spookily accurate predictions about the future. The 11-year-old seems to have scribbled her thoughts as part of a class assignment because the note had some teacher's remarks too, according to a Mirror report. But whatever be the reason for the note, the girl sure had quite the leap of imagination which some would even call prophetic. Decades before the invention of the smartphone, laptops, LCDs, and computers of the modern age, the girl wrote about telephones with a "screen where you can see the people." The note was found by Peter Beckerton, 67, from Peterborough, Cambridge, from inside the upholstery of a second-hand sofa which was sent to him for restoration by a client. It was dated February 23, 1969,

The girl was writing about what the world would look like in 1980. The note began, “The year is 1980, the time is half-past moon dust. Here I am twenty-one years of age, sitting in a cushion of air. I remember when I was 11 years old and I was at school, things have changed since then. For instance, the television has changed. In 1969 it was a square box with knobs in front of it. Now it is a big screen with knobs on your chair arm to switch it on and off.”

Girl’s letter from 1969 made spookily accurate predictions about the future https://t.co/oPKkPS7Q6I

It almost seems like the girl is saying something about the present age's flat-screen televisions with their remote controls. She went on: "In 1969 the telephone was a square box thing with a resiver [sic] on top of it. But now it is still a resiver [sic] but you can see the people you are talking to, for there is a screen where you can see the people. It is a bit like a television.”

She also wrote about doors in houses being "electric” and operated by a press of a button. Could this be her version of the modern-day home security systems? Who knows. Then the girl wrote, "All we have is a piece of chewing gum to eat. You may think that we have not enough to eat but you are wrong, because this piece of chewing gum is food. You chew this gum and you can feel the food going down. You can also taste it. There is no messy washing-up to do afterwards.” This almost sounds like the superfoods of sci-fi novels. “Really when I think back over those ten years, things have changed tremendously,” she wrote. She also saw herself married to a bank worker in the note and preparing tea for him when he came home from work.

She’s been watching Charlie and the chocolate factory, the chewing gum part

Imagining herself in the situation the girl wrote:  “’Hello dear,’ he said to me. ‘I’ve just got to ring up my friend on the telephone.’" Rosa Beckerton, 66, Peter's wife said she wanted to make the note public in an effort to find its writer who would now be in her 60s. Rose said, “When my husband showed it to me I couldn’t believe it. I thought oh my god, look at this. It was just so interesting because looking at it today she’s got a lot of her predictions kind of right - but in her childish innocent way she thought it would all happen in ten years. I just wanted to share it in the hopes that maybe the author might see it and recognize it. My husband has found all sorts of rubbish down the side of sofas and furniture before - but never anything as interesting as this. The letter is unnamed but comes complete with a teacher’s corrections and comments in red pen - including the verdict ‘Good.’"