The incident occurred in upstate New York along the Canada - US border. 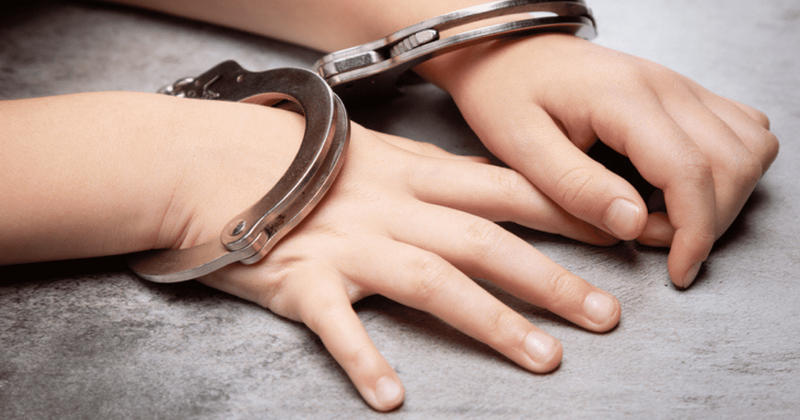 In a befuddling incident, a seven-year-old has been charged with third-degree rape over an alleged incident that occurred on Thanksgiving in New York. New York State Police reportedly charged the unnamed child from Brasher Falls near the US-Canada border on March 23, a report on WWNY revealed. Due to his age, the boy was released and will now be tried as a juvenile delinquent. As per authorities, the incident took place on November 26 but didn't reveal any details concerning the incident or the age of the alleged victim. Authorities have also refused to divulge any information on how the suspect and the victim are related to one other or what the charges are. They, however, stated that the case will be handled in Family Court.

An attorney from Queens, handling the case in the boy's stead, lambasted authorities and called the charges "absurd", adding that the case won't hold its own in court. "Instinctually, it shouldn't happen that a 7-year-old - I don't think you even could really realize what you're doing at 7 years old," Anthony Martone said. "So I think it's absurd to charge a 7-year-old with rape. They'd have to prove he actually physically committed this act, which to me it almost seems to be an impossibility." Despite Martone's protestations, current New York state laws show that children aged 7 or over can be arrested and prosecuted as juvenile delinquents. This comes as lawmakers in Albany are working towards passing a bill to increase the minimum age to 12 after a number of controversial arrests of young children.

A 7-year-old boy from New York has been charged with third-degree rape.

The state police did not release much information about the incident which was reported on thanksgiving.

The child is being charged as a juvenile delinquent, pic.twitter.com/rJbHbBcnzE

As per an NBC News report, a 9-year-old girl was pepper-sprayed by police in Rochester, New York, in late January, even as she pleaded with the officers not to "do this to me" as she was handcuffed and made to sit in the back of a police car. Based on the camera footage available of the incident, a female officer sitting in the front seat says: "You did it to yourself, hon." The nearly 90-minute video is a compilation of edited footage from many of the officers' cameras. The police department has previously said officers were responding to a report of "family trouble." Per the report, the young girl threatened to kill herself and then kill her mom. Speaking of the incident, Deputy Police Chief Andre Anderson said January 31, said: "Officers were made aware that a 9-year-old" girl "indicated that she wanted to kill herself and she wanted to kill her mom" and that she initially tried to run away.

Seven-year-old boy is charged with rape after incident on Thanksgiving in upstate New York https://t.co/ZIoMDKvx3V

The mother was utterly enraged by how the police treated the child. "No one who would treat a 9-year-old child like that should be in law enforcement to help anyone," she said, fuming. The lady's lawyer Donald Thompson called the incident "disturbing and abhorrent", and said the girl was traumatized.  "It causes one to question: What kind of adult feels that their only option in a situation like that is to pepper-spray a 9-year-old child? "It's more of the same," he continued. "It makes all that much more clear that the Rochester Police Department has some significant issues with recruitment, hiring, and training of its officers and their ability to appropriately respond to potential mental health situations." As many as nine officers had arrived at the scene, and four of them "were actively dealing with teh 9-year-old", Captain Mark Mura, a police spokesperson said. One officer was suspended and three others were placed on administrative leave, he added.

I can't find anything that mentions anything else on it. I was thinking it was possibly, "two kids doing something they're unaware of", but every news site is saying the same thing:

It happened in March,

How could a 7 year old know what they're doing,