Authorities said the law wasn't designed to harass parents or punish them but to open the door for a conversation on their children. 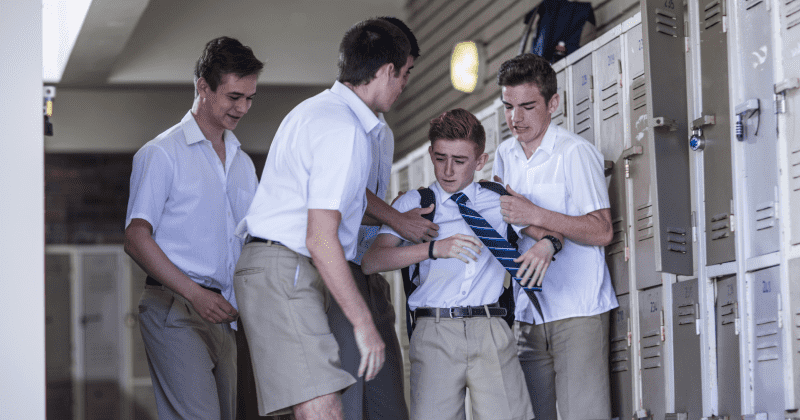 Bullying is a long-standing problem among children, and a small town in Wisconsin town is taking a unique approach to solve the problem. The town is planning to fine parents of children who are bullies. The new ordinance was passed by the city council in Monona on May 20 and will only be aimed at parents of children who are repeated offenders when it comes to bullying, reported Fox News. The new ordinance will allow police officers to ticket the bully's parents for a municipal code violation, which could amount to a fine of over $100. Monona Police Chief Wally Ostrenga said the ordinance won't apply to all parents, but just to those to refuse to cooperate or find a solution to their child's bullying. Ostrenga stressed that those who made an effort to correct their child's behavior would not be fined.

“Sometimes you’ll knock on someone’s door and they won’t want to talk to you — their kids are perfect, they could never do anything wrong,” said Ostrenga. “This is for those times when we get the door slammed in our faces.” According to Fox News, first-time offenders would face a fine of $114, while subsequent violations within the same year will see them fined as much as $177 each. The city's mayor is also hoping that the new ordinance gives confidence to victims of bullying. He said the victims will find confidence knowing their complaints are being taken seriously. “Ordinances reflect the values of a community,” said the Mayor. "It would be my desire that the bullying ordinance reflects the values of Monona.”

“The threat of a fine is a necessary evil,” said Shawano Police Chief Mark Kohl, reported StarTribune. "It’s a consequence for those who say they don’t want to help fix the problem." Kohl said the idea was the get parents more involved on solving the problem. Kohl himself felt helpless when his daughter was bullied. “We can’t ticket our way out of bullying. There were no options when my daughter was bullied. That was my little baby girl and I felt helpless. We had no recourse and we didn’t know what to do.” Kohl said that fining people wasn't the motivation. “It’s about getting people to work together. … It’s about getting some parents to act more like parents.”

While many have criticized the ordinance as government overreach, many others believe parents should also be held responsible for the actions of their child. “Holding parents accountable is just common sense,” said Plover Police Chief Dan Ault. He also added that bullying has extended outside the walls of school like never before thanks to social media. “When I was a kid, we didn’t have social media, so you couldn’t take my picture and smear it across the entire world,” said Ault. "Bullying is at a whole different level than it was 20 years ago,” said Ault. He said there was a correlation between bullying and teen suicides, and school violence. Ault also pointed out to school shooters being a new phenomenon.

The Plover Police Chief made it clear that the ordinance wasn't a way of demonizing parents in any way. Monona Chief Walter Ostrenga has issued a total of three warnings but no tickets. The authorities also added that the ordinance was never designed to be a "moneymaker" and is only a way to get parents to start the conversation at home on bullying. Kohl says the idea is a novel attempt at tackling bullying. "The hook for the media is giving tickets to parents for not [acting like] parents.”