Barkin retweeted a video of Trump addressing the issue of the coronavirus vaccine development and commented in response. 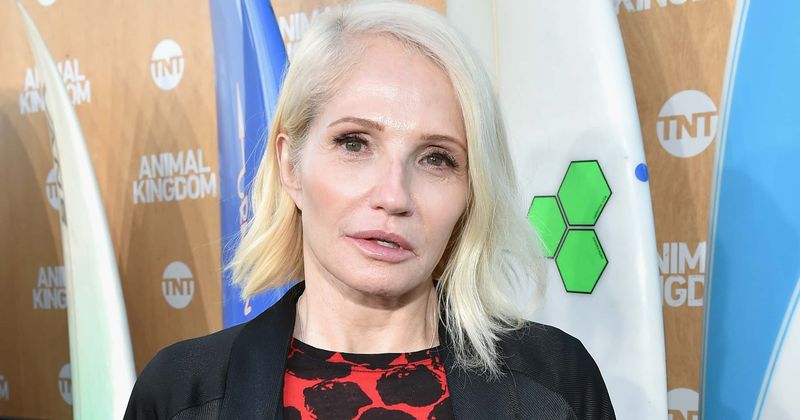 It's no secret that actress Ellen Barkin is not a fan of President Donald Trump. On Tuesday, she was at it once again. Barkin posted a video of Trump addressing a press conference addressing the development of the COVID-19 vaccine, calling him a "Murderous motherf**ker." Trump has often brushed aside the seriousness of the virus and his mishandling of the government's response to the pandemic. Once the tweet was up, many followers of the Diner star reacted. Twitter user Politic American wrote: He is a Serial Killer and needs to be brought up on Charges of Manslaughter under Depraved Indifference, please call and email your State Attorney General asking for it. He can get up to 15 years for it.

Another user Emily Krahn summed up Trump's mismanagement of the pandemic in his reply: why didn't you activate the Defense Production Act so we could have adequate PPE, quick testing and results, and institute contact tracing --you just threw up your hands and gave up --your real policy is herd immunity. 2 mill die. Many believed that Trump was appealing to his base, who would once again vote for him no matter what. Another person said in this regard: Most of his base believes the virus is still a hoax and odds are they wouldn’t take it anyway. I’ll tell you what, I sure as shit and I’m taking a vaccine from Russia or China! I’ll keep wearing my mask and practice social distancing. There were those who thought she was out of line abusing the president.

And his base believes him

Patte Dotson replied to Barkin's tweet with: Until today I enjoyed your movies. No longer. You may be misinformed and need to expand your thinking. Your remark makes you look one dimensional and not very well read. "Come On, Man!" User Jose Rodriguez criticized the actress and wrote in the same vein: If that's how you put yourself when our president says his priorities, I'm dying to see your hysteria when he wins the election again. I'm going for popcorn. "Sweet empowered mouth." Trump had said when being interviewed by reporters that the vaccine could be out by the end of the year and probably even earlier. "I spoke to the head of the greatest medical companies in the world, we’re doing great. We’ll have [the vaccine] soon," he said.

Regardless of how incensed we have become from this horrible human being & his antics of indifference, recall we have a lazer focused duty to remove this cancer if we have to crawl over broken glass, wad through acid spills and face the predator to get our vote counted to do so.

He added, "So we’re going to have a vaccine very soon, maybe even before a very special date, you know what date I’m talking about, and what [the Democrats] are doing — because they think it is going fast — so now they’re saying, ‘Wow, Trump’s pulled this off, okay, let’s disparage the vaccine.’ That’s so bad for this country, that’s so bad for the world.” The president then talked about his opponents and continued. “I watched Kamala’s poll numbers drop from 15 to almost zero, and then drop out even before she ran in Iowa, because people didn’t like her, and I understand why. She’s talking about disparaging a vaccine so that people don’t think the achievement was a great achievement.” Barkin is a supporter of Joe Biden and Kamala Harris and has often asked her fans to vote for them.

Murderers returning to the scene of their crimes https://t.co/JxutJmxHAq

She has earlier called Trump a "lowlife scum", retweeting a video of Trump speaking at a summit in 2015, where he called the late Senator John McCain a "loser" and "not a war hero." The issue has once again come to the fore, with an article claiming that Trump had called fallen soldiers "losers" and s**kers" ahead of his visit to the Aisne-Marne American Cemetery near Paris in 2018. In another tweet, Barkin called Trump as well as Attorney General, William Barr, "murderers", with a retweet of an article of the two's visit to Kenosha, the sight of the shooting of Jacob Blake.