trending celebrity people lifestyle news animals
Woman Breastfeeds Her Boyfriend To Get Themselves In The Mood For Sex: "It’s Relaxing"

Woman Breastfeeds Her Boyfriend To Get Themselves In The Mood For Sex: "It’s Relaxing"

Lana Michaels and her fiancé Shawn have an open relationship which allows them to explore different "kinks" and the adult breastfeeding idea came while they were having a foursome with another couple. 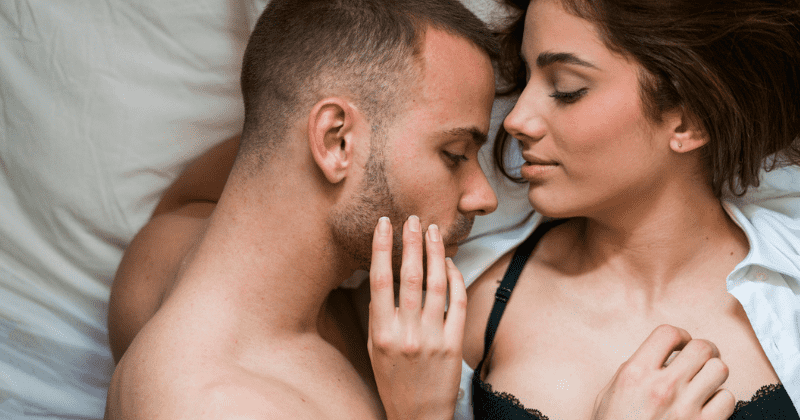 A mother of two opened up about an unusual foreplay that gets her and her fiancé in the mood- She breastfeeds him at least twice a week. Lana Michaels also revealed that they find the act highly erotic and that it has helped them get closer to each other. The pair made the revelation while appearing on Channel 4's new documentary that explores adult breastfeeding. They explained that it was the perfect type of seduction, which creates this positive "physical energy" between them right before having sex. The former teacher first experimented with adult breastfeeding 18 months ago and now she is totally hooked on it.

Michaels, who has an 11-year-old son and a 7-year-old daughter from a previous relationship, told The Sun, "I breastfed my children and I really missed breastfeeding and the feeling of it. I breastfed my eldest son for eight months and my daughter for two years. I don’t want to have another baby and my children are way too old to feed now but I liked the idea of breastfeeding with Shawn." Now months later, she cannot see herself giving up this newfound desire for letting her partner, Shawn, suckle on her breasts.

The couple, who did not wish to disclose their age, first met back in 2019 through a vegan dating app. While Michaels was from Edinburgh, her fiancé hailed from the south of England. But right before the pandemic in February 2020, they moved to Murcia in Spain. The two have an open relationship which allows them to explore different "kinks" and the adult breastfeeding idea came while they were having a foursome with another couple. "We have an open relationship and we both like trying different kinks," explained Shawn. "I’d been sucking from another woman when I started feeling milk in my mouth. That burned up the sexual idea of breast milk connected with sex and it went from there."

Michaels added that she got her hands on some herbal supplements just so she could lactate turn on the heat. "Shawn and I have always experimented a lot with sex and I did some research on the internet about breastfeeding and I found out you can restart the milk in your boobs by taking a herbal milk supplement," she said. "After three days of taking the supplement, I had a drop of milk in my breast and Shawn started sucking to get the milk flowing. It felt cool." Revealing the frequency of the feeding, she added,  "We have sex about five times a week, and Shawn breastfeeds a couple of times in a week."

"I enjoy breastfeeding him and I like my boobs being fuller and bigger. I’ve gone up from a 34C to a 34D. I feel sexier and more womanly when I have milk in them and we will carry on breastfeeding," she continued. Meanwhile, Shawn, who was breastfed as a baby, said that he finds adult breastfeeding relaxing. "I find it’s relaxing. It’s also a moment when I crave that physical connection. The energy is flowing between us when I breastfeed... it can lead up nicely to sex," he insisted. Apparently, they have never been ridiculed for their unique foreplay habit. "We get really good comments about it. We don’t like to do it all the time. If you did breastfeeding too much, it would get boring," explained Michaels.

Now breastfeeding is just one of many things that Michaels and her partners like doing to get them going. "We play a daddy and a girl, a doctor and patient or teacher and student. We also go to swingers' clubs," explained the mother. They don't care what others think of adult breastfeeding as long as they are happy doing it together. "I think breastfeeding as adults is still seen as a taboo as we suppose adults should not be doing that. They think perhaps it is not necessary, but the milk is really nutritious and it’s made for us. I really like Lana’s milk," added Shawn.