Astronaut Al Worden, Who Orbited The Moon With Apollo 15, Dies At 88

Worden was a solo-pilot on a mission around the satellite when his two crewmates test-drove the first lunar rover on the surface. 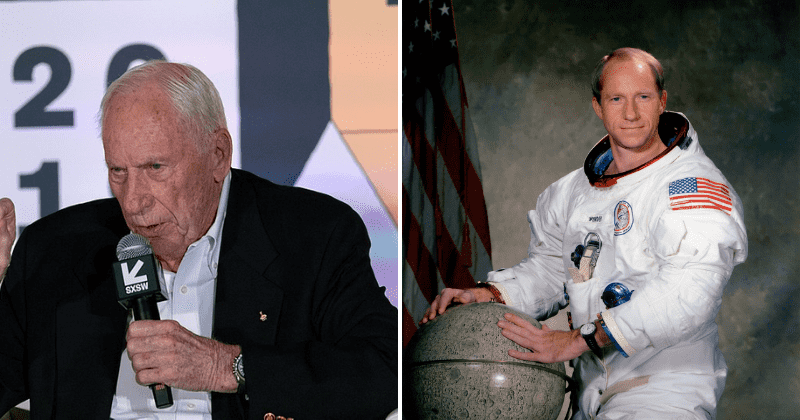 With the world ushering in a new era of science and technology, it's only fitting that we remember the achievements and legacies of past pioneers. Al Worden, who took the role of Command Module Pilot during the Apollo 15 mission has passed away, as confirmed by his family on Wednesday. He was 88 years old. Worden was a solo-pilot on a mission around the satellite when his two crewmates test-drove the first lunar rover on the surface, Fox News reports. His family had reported that he died in his sleep at home in Houston. The outlet confirmed that no cause of death was given.

I’m deeply saddened to hear that Apollo astronaut Al Worden has passed away. Al was an American hero whose achievements in space and on Earth will never be forgotten. My prayers are with his family and friends. https://t.co/ZUx1yMv6iJ pic.twitter.com/Y7F6RT1foZ

This was back in 1971 when the world was just beginning to get used to such scientific endeavors. Now in 2020, we have come a long way, yet those that made the advancements happen shall always be in our memories. Worden was a graduate of the United States Military Academy, receiving his honorary certification in 1955. He was then commissioned into the Air Force. According to his NASA bio, he had logged in over 4,000 hours flying time, including 2,500 hours in jets alone.“‘Line of Grey, Be Thou at Peace!’ Godspeed Al,” tweeted Worden’s fellow West Point graduate Buzz Aldrin after the news of his demise was made known.

‘Line of Grey, Be Thou at Peace!’ Godspeed Al. #Apollo15 pic.twitter.com/VClUdTv33p

Worden was selected by NASA as one of the 19 astronauts in April 1966 to serve as part of the support crew for Apollo 9. He then went on fill in the role of backup command module support for Apollo 12. Then in Apollo 15, the ninth crewed mission in the United States' Apollo program, Worden got his chance to be a part of the journey himself. His companions were David Scott and Jim Irwin. Worden continued to remain in lunar orbit owing to his function as the command module pilot as the 3 astronauts took control of the Endeavor on the mission. Scott and Irwin were recorded walking and conducting experiments on the surface while Worden manned the rover. It was during this mission that NASA tried out their very first moon buggy.

"Some day all of us who journeyed to the Moon will be gone. Take a walk on a summer night, look up at the Moon, and think of us. A part of us is still there and always will be".

Godspeed Al Worden. And thank you.

After his crewmates were back on the Endeavor and headed back home, Worden got the chance to perform the first deep-space spacewalk. He also went on to inspect the service module's science instrument bay and retrieve vital data and film. His entire deep-space spacewalk lasted for just 38 minutes. Worden said of the mission: “Now I know why I'm here. Not for a closer look at the Moon, but to look back at our home, the Earth.”

“I’m deeply saddened to hear that Apollo astronaut Al Worden has passed away,” tweeted NASA administrator Jim Bridenstine on Wednesday. “Al was an American hero whose achievements in space and on Earth will never be forgotten. My prayers are with his family and friends.”

According to the BBC, Worden has been listed in Guinness World Records as the "Most isolated human being" during his time alone in the command module Endeavour. During 1972-1973, Worden was Senior Aerospace Scientist at the NASA Ames Research Center, and from 1973 to 1975, he was chief of the Systems Study Division at Ames. After retirement from active duty in 1975, Worden became President of Maris Worden Aerospace, Inc. NASA assigned 32 American astronauts to the Apollo lunar landing program, and 24 flying on nine missions between December 1968 and December 1972. Of the 24 men who flew between '68 and '72, only 11 are still alive after Worden's death.

RIP to the guy who held the job as a command module pilot, "the loneliest job in humanity" as he orbited the moon by himself.