Alyssa Milano Who Wants To Defund The Police Accused Of Calling Cops: My Husband Called 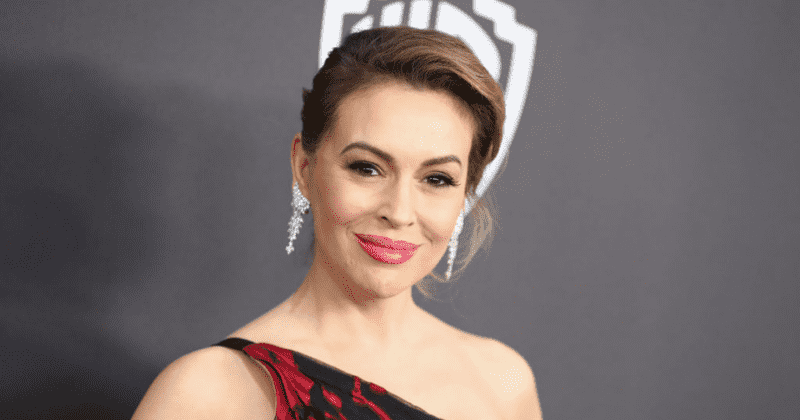 Alyssa Milano, actress and a vocal supporter of "Defund The Police" reportedly called the cops to her home after she believed her Bell Canyon property was being invaded by an armed gunman on Sunday morning. Soon after the call, a rapid response team including seven Ventura County Sheriffs' vehicles, a K9 unit, a police helicopter, and a LA Fire department team arrived and was on standby. As per reports, the house is a five-bed six bath and an 8,000-square-foot property worth $2.5 million in a posh gated community located just 20 minutes away from Los Angeles, reports Daily Mail.

Speaking to the outlet, a neighbor said: "We first noticed the helicopter circling overhead very low and knew something was going on, it's usually such a quiet community. Then we saw all the police cars parked in front of Alyssa's home. They had their guns at the ready and seemed very serious." The search took place on the street and in the air and lasted over three hours before coming to a halt abruptly at 12:20 p.m. One of the residents of the community confirmed that it was not a gunman but a teenager using an air gun to shoot squirrels. "It turned out it was a neighborhood teen with an air gun shooting at squirrels," the individual said. The teen realized he was the reason behind the rapid response and turned himself in.

Meanwhile she just called the cops on a kid with a BB gun.

Why didn’t you handle it yourself, @Alyssa_Milano? 🤔

Officers at the scene reportedly had an impromptu meeting with some of the residents in the community center about the "Squirrelgate." Milano has owned this Bell Canyon home since 2001 where she currently lives with her husband and two children, Milo, 9, and Elizabella, 6. The 48-year-old has been a vocal supporter of the Defund the Police campaign which gained traction after the death of George Floyd in late May. The actress had even sent out a tweet to her 3.7 million followers asking them to sign the "People's Budget L.A." which demanded a 90 percent cut of police funding.

Milano received considerable flak for her actions and one of the neighbors said: "She can tweet those things because at the end of the day she lives behind gates in a gated community. She knows the police will come to save her. But what about all those people who don't have that luxury and live in unsafe neighborhoods? She obviously doesn't care." In her scathing statement, the neighbor even accused the actress of using her platform "in hypocritical ways" and added: "Why not send your husband into the yard to find out what is actually going on before you call the police? I would guesstimate the response today from law enforcement cost taxpayers thousands of dollars."

The misinformation campaign has begun and we know that the tactics will be more insidious than in 2016. For the record, @Alyssa_Milano is a national. fucking. treasure. Who works so hard for the ideals and values we share. Everyone needs to prepare for a bumpy final 2 months. https://t.co/o2v1gwxyv5

Despite the criticism, Milano has maintained that it wasn't her that made the call to the police but it was an act of a neighbor. In a statement she released on her Twitter, the Charmed actress wrote that a neighbor "spotted a man dressed in all black, walking in the woods between our properties with a gun." In the tweet accompanying the statement, she said: "Apparently, rightwing media & trolls have decided that they should target me because my neighbor called the police after seeing a person dressed in black holding a rifle behind my home where I live with my young children and husband. Here is my statement and what really happened." She added that it was a rare sight within her upscale neighborhood which alarmed her fellow resident to dial emergency services. Milano maintained that the police arrived just in time after her husband had called the police to check on their whereabouts.

Apparently, rightwing media & trolls have decided that they should target me because my neighbor called the police after seeing a person dressed in black holding a rifle behind my home where I live with my young children and husband. Here is my statement and what really happened. pic.twitter.com/RwnSd9XCs0

Milano has also stated that a misinformation campaign has already begun against her to delegitimize her. She was previously called out by her former co-star Rose McGowan of hijacking the #MeToo movement and continuing to support Joe Biden even though one of his former staffers accused him of sexual misconduct.