Ligon pleaded guilty to two counts of first-degree murder in Philadelphia in 1953 but said he didn't have any hand in the murders. 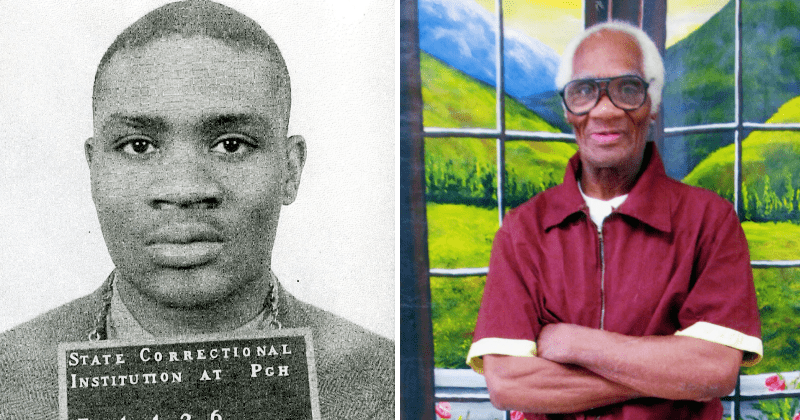 Joseph Ligon was freed from a Pennsylvania prison on February 11, after spending more than 68 years behind bars. The 83-year-old was jailed when he was just 15-years-old for his role in a string of robberies and assaults. Joseph Ligon was with five other teenagers and the group knifed eight men with two of them dying in the assault. At the time of the sentencing, Ligon was the country's oldest juvenile lifer. He admitted to taking part in the crimes along with a group of drunk teens but said he didn't kill anyone, reported The Philadelphia Inquirer. Ligon pleaded guilty to two counts of first-degree murder in Philadelphia in 1953.

He was part of an assault and robbery spree that killed two people but has denied killing anyone himself and said he was scapegoated as an out-of-towner. However, he was sentenced to life without parole. Ligon was with five other teenagers in an incident in which eight men were knifed and two of them died. Ligon was born to a poor family in Alabama and grew up on a farm. The family moved to Philadelphia when he was 13. He dropped out of school and was illiterate. He learned to read and write in prison, where he worked as a janitor. He also trained as a boxer in his spare time.

Joseph Ligon got his break after Supreme Court ruled in 2012 that mandatory life sentences imposed on juveniles constituted cruel and unusual punishment and were therefore deemed unconstitutional. Ligon became eligible for a new sentence in November 2016. He was offered 50 years to life in prison, which made him immediately eligible for parole. Joseph Ligon declined the offer and said he wanted to experience freedom in full. "I like to be free. With parole, you got to see the parole people every so often. You can’t leave the city without permission from parole. That’s part of freedom for me,” said Ligon, who spent 68 years in prison. During his time in prison, he prepared for the outside world by watching world news on a small TV in his cell. “I like my chances. I really like my chances in terms of surviving,” he said.

A Black man sentenced to life at 15 was released after 68 years, reports @PhillyInquirer. Joe Ligon is now 83.

He was sentenced in 1953 by an all-white judge panel in Pennsylvania for a robbery in which 2 people died, but denied a role in the killings.

In 2017, Ligon was resentenced to 35 years to life with immediate eligibility for parole. Many tried to convince Ligon to take the parole offer including John Pace, a former juvenile lifer who is now a reentry coordinator for the Youth Sentencing & Reentry Project (YSRP). "If you want to fight, fight it when you get out," Pace told Ligon at the time. Bradley Bridge, an attorney with Defender Association, continued to push for Ligon's freedom. The Philadelphia District Attorney's Office agreed with Bridge's argument that a "one size fits all" sentencing was not constitutional. On November 13, 2020, senior US District Judge for the Eastern District of Pennsylvania, Anita Brody, ordered Ligon to be resentenced or released within 90 days.

Ligon said his younger brother was murdered in South Philadelphia. "There has just been so much crime in Pennsylvania within my family," said Ligon. The 83-year-old said he wished his mother, father, and brother would have been there to see him walk free. He was also stunned to see the changes in the city. "I’m looking at all the tall buildings. This is all new to me. This never existed.” He was unsettled after learning that the Eastern State Penitentiary, where he was once imprisoned, is now a museum and a Halloween attraction. "That don't suit my tastes," said Ligon.