Amy Slaton From '1000-Lb. Sisters' Reveals She Is Pregnant With Her First Child

The second season of the TLC docu-series premiered earlier this month. 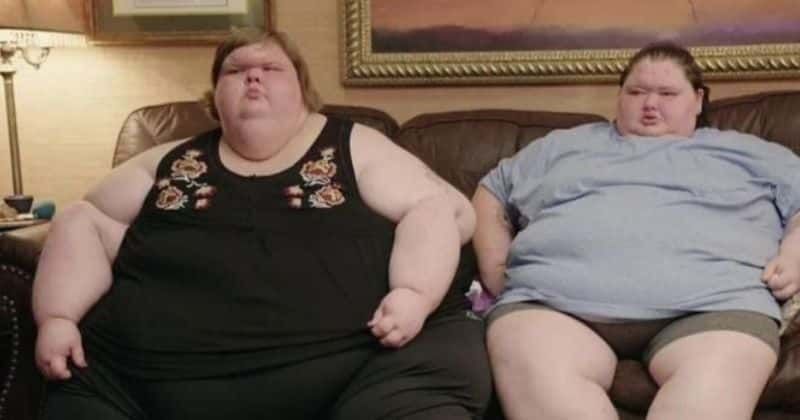 Amy Slaton, one of the sisters in the TLC docu-series, 1000-Lb. Sisters is expecting her first child, the second season of the show has revealed reports PEOPLE. Slaton says, "Having a baby means the world to me, it’s everything I’ve always wanted." She is seen visiting the doctor and tells him "I've got a big secret." Dr. Proctor asks, "What's the secret?" to which Slaton replies, "I'm pregnant." He does not look happy since he advised her against it in the first season. Slaton's pregnancy comes just four months after she underwent successful bariatric surgery. But even Slaton seems nervous about the prospect of having a child. "I'm scared as hell," she tells her sister in the trailer. She revealed her doctor asked her to wait two years to get a baby. "Oops," said Slato.

The season's trailer highlighted some issues that Slaton and her family will have to think about once the baby is born. "The baby's coming soon and we have no room in that house. We're thinking about getting a bigger place," Slaton said in the trailer to the surprise of her sister, Tammy. Amy opens up about other worries. "There’s so many unknowns with this pregnancy," she said, adding,  "Anything could go wrong." Her sister is also concerned. "Amy got pregnant way too soon after surgery. It could possibly kill her in the end," she notes. The next season will also focus on Tammy's weight loss goals. "I had reached Dr. Procter's goal for surgery, but I’ve fallen off the wagon," says Tammy. Her brother offers to help her lose weight by joining her as it would benefit him as well.

"No more excuses," as they both high-five each other. Tammy has a boyfriend but Amy seems to be worried he will not motivate her enough to see her through her weight loss goal. "I don’t trust him. She needs somebody that’s going to motivate her in this weight loss, not just want her to stay the way she is," she rues  Dr. Proctor also tells Tammy that if she does not lose weight, she has only five years to live. The show revolves around a pair of Kentucky sisters and their struggle with weight loss as they try and support one another in their goal to shed pounds and their hope to start families of their own. According to PEOPLE, Amy qualified for bariatric surgery after losing considerable weight, but Tammy did not. Amy said in an episode of the previous season, "This was our final weigh-in and I got approved so my surgery’s in two days, but Tammy didn’t get approved."

She weighed 406 lbs. before going for surgery and at the time noted, "Now that I’m approved and she’s not, I feel like she’s kind of upset with me about it. Most of the time I feel like I’m walking on eggshells around Tammy. You never know what’s going to set her off and after this appointment with Dr. Procter, she’s a ticking time bomb." She told her sister to work harder to which an agitated Tammy snaps back and says, "I try to. I keep asking to leave the house and go out and nobody will take me anywhere." And then the two begin to argue with Amy telling her not to blame her. "You can not blame that s**t on me," but Tammy quickly points out that she can. "Some of it, yes, I can," she retorts. Amy then tells her sister she has to take responsibility for her actions instead of finding a "scapegoat" adding that "If she’s going to be successful in this, she’s gonna have to learn to take blame for herself and quit pawning it off on me."