An Asteroid Is Headed Towards America Just Before Election Day

NASA assured that the asteroid is far too small to cause any damage. 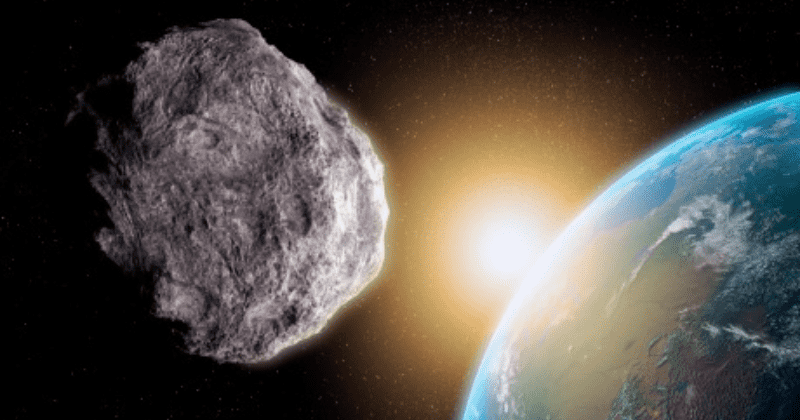 This year has been plenty eventful. Every time we think things are settling down, something out of this world comes to cause a huge stir. And this time it is actually something dramatic like that -- an asteroid heading towards the Earth. This is worrying on its own but what makes it like a Hollywood movie is that the asteroid is scheduled to arrive on the eve of the US Presidential elections. If we were looking for a sign from the universe, this is as good as any. But how concerned should we be about the possibility of the Earth being blown up by an asteroid?

About that election day #asteroid... @AsteroidWatch says Asteroid 2018VP1 is small and poses no threat to Earth. Even if it entered our atmosphere it would disintegrate due to its size. Read more on NASA's #PlanetaryDefense on #NTRS! #STIdocs https://t.co/LO32GYRouJ pic.twitter.com/gBvq9pWpyz

This space rock, named 2018 VP1, is actually not that large. But how close will it be approaching? According to NASA's Center for Near-Earth Object Studies, the asteroid will actually be far away from the Earth, more than 260,000 miles (420,000 kilometers) away. In fact, it is so far that it is about 16 times the distance of the moon. So there is actually nothing to worry about. This asteroid was discovered in 2018 by the Zwicky Transient Facility at Palomar Observatory near San Diego, according to Space.com. There have been other space rocks that have come much closer and we were fine.

Additionally, NASA Asteroid Watch stated, Asteroid 2018VP1 is very small, approx. 6.5 feet, and poses no threat to Earth! It currently has a 0.41% chance of entering our planet’s atmosphere, but if it did, it would disintegrate due to its extremely small size. According to Science Alert, even if the asteroid were to enter the Earth's surface chances of it causing any damage are slim. It is firstly, only the size of a small car - around 2 meters (7 feet) in diameter and it doesn't have the girth for large-scale damage. The size of disastrous asteroids has a cut off at a minimum of 140 meters or 460 feet.

Rest assured there is nothing that can go wrong on Election day other than the election itself so make sure you go vote. An asteroid coming for Earth is clearly not an excuse to skip voting. The asteroid is considered just a space speck than a thing of destruction but your vote could make a huge difference. "It's quite an accomplishment to find these tiny close-in asteroids in the first place because they pass by so fast," CNEOS Director Paul Chodas said in a press release. "There's typically only a short window of a couple of days before or after close approach when this small of an asteroid is close enough to Earth to be bright enough but not so close that it moves too fast in the sky to be detected by a telescope."

How often do asteroid close approaches happen? How “close” is close? Are they something to worry about?

In August, a smaller asteroid actually entered the Earth's atmosphere and had no impact. A report for The Independent stated that the asteroid flew just 1,830 miles over the southern Indian Ocean, making it the closest such an object has flown past Earth on record. It was named the 2020 GC but was small and roughly the size of a large car. It would have further disintegrated while entering the atmosphere and become even more harmless. Chodas said, "It’s really cool to see a small asteroid come by this close because we can see the Earth’s gravity dramatically bend its trajectory. Our calculations show that this asteroid got turned by 45 degrees or so as it swung by our planet."

TODAY: Apollo NEO Asteroid 2020 GC makes a near-Earth flyby at 0.012 AU (1,115,470 miles). This asteroid was discovered on Thursday. As in, this past Thursday. Condition Code 7. An interesting remind of the dynamic nature of minor-planet hunting! #Asteroids pic.twitter.com/IVrChid6HD