trending celebrity people lifestyle news animals
Angelina Jolie Had Once Hired A Hitman To Kill Her, But He Convinced Her To Reconsider Her Decision

Angelina Jolie Had Once Hired A Hitman To Kill Her, But He Convinced Her To Reconsider Her Decision

Jolie had planned it out meticulously but the hitman she hired had a conscience and tried to make the young girl see reason. 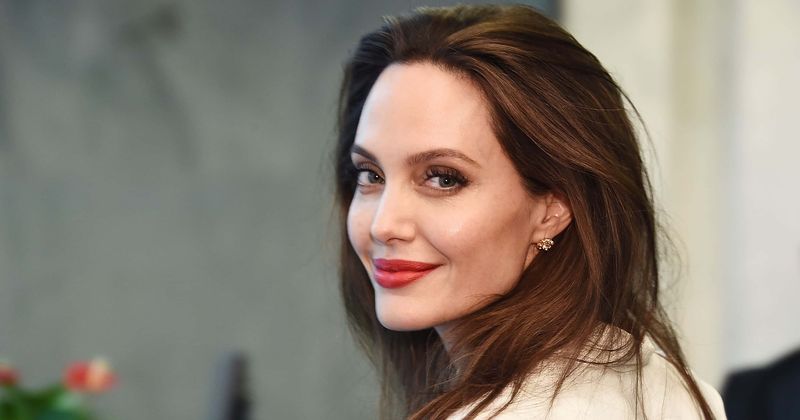 Trigger Warning: This article contains details about self-harm and suicide that some readers may find disturbing.

We all know Angelina Jolie as the talented actress who gave us stellar performances in films like Girl, Interrupted, Lara Croft: Tomb Raider, among others. The starlet seemed to have a life that was everyone's envy. But what happened behind the glitz and glamor is not something the rest of the world was privy to. Jolie has been through dark days in her teens that culminated in her trying to take her life twice, even before she had tasted fame as an actor. Having started experimenting with drugs by the age of 20 to cope with her troubles, her mental health plummeted even more.

Jolie suffered from episodes of depression and tried to take her life once at age 19 and again at 22. According to CNN, in an interview she had even admitted to self-harm, and said, "I collected knives and always had certain things around. For some reason, the ritual of having cut myself and feeling, like, feeling the pain, maybe, feeling alive, feeling some kind of release, was somehow therapeutic to me." As a teen, she had been fascinated by death and even wanted to become a funeral director. She even took up courses to study embalming. But at the age of 19, she also debuted in her first film.

Then at the age of 22, she was going through a dark phase and attempted to take her own life. But this time she decided to get someone else to do it for her. “This is going to sound insane but there was a time I was going to hire somebody to kill me,” she said in a past interview with Farout magazine. “With suicide comes all the guilt of people around you thinking they could have done something. With somebody being murdered, nobody takes some kind of guilty responsibility.” She recalled, “I was very aware that so many people around me, like my mother, would feel as though they didn’t give enough or do enough if I’d taken my own life. So my solution to that was if someone else had taken my life – like in a ‘robbery’ – then it would be murder and it wouldn’t be that anyone would feel they’d let me down.”

And so she somehow got in touch with a hitman to take her out. “They’re not that hard to find in New York,” she said about how she managed to find a hitman in the first place. She had planned it out meticulously. Jolie had withdrawn small amounts of money from her account over time to pay the hitman, so as to not give rise to any suspicion. But the hitman she hired had a conscience and tried to make the young Jolie see reason. “He was a decent enough person and asked if I could think about it and call him again in two months,” she explained. “Something changed in my life and I figured I’d stick it out.” So it is the hitman we have to thank for the Jolie we got to see starring in plenty of blockbuster films in the future.

Since then Jolie has seen the peaks of fame, won Academy Awards for her acting, set relationship goals with Brad Pitt (they have since separated), and even carried out numerous humanitarian efforts. She is now a mother of six and has worked with the United Nations High Commissioner for Refugees (UNHCR.) “I see all people as equal. I see the abuse and suffering and I cannot stand by. Around the world, people are fleeing gas attacks, rape, female genital mutilation, beatings, persecution, murder," Jolie told Vogue. "They do not flee to improve their lives. They flee because they cannot survive otherwise. What I really want is to see an end to what forces people out of their homelands. I want to see prevention when we can, protection when needed, and accountability when crimes are committed.”

Angelina Jolie visited Mosul, Iraq, on Saturday to raise awareness of the dire humanitarian situation that plagues the city almost one year after its liberation from ISIS https://t.co/6bpJcJGGU6 pic.twitter.com/mxiAyU7Ppi