According to a poll conducted by CNN, one-third of Americans said they will not be vaccinated against coronavirus, even when it is rolled out. 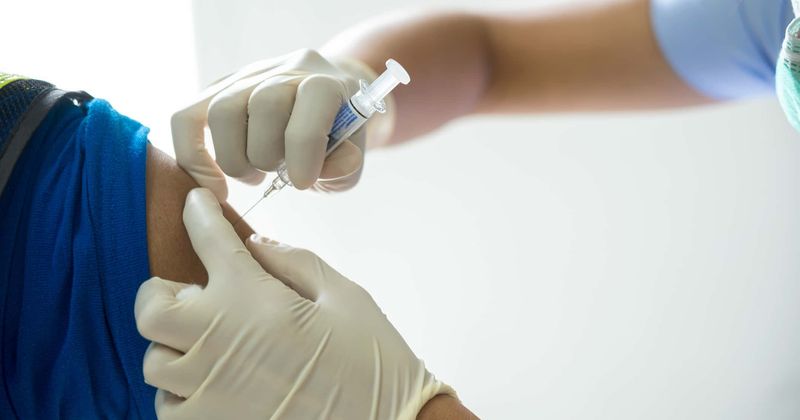 The world is inching towards a vaccine for the coronavirus with pharma companies Pfizer and Moderna announcing great successes in their trials and readying to produce the vaccine on a mass scale. However, one question remains - despite having seen the havoc that the virus has wrecked on the world, will anti-vaxxers be convinced to get them once they are eventually rolled out? A UK minister is not taking any chances and has already warned that people who do not get them will not be allowed in public places like pubs, bars, and even work. In the US, the government will also face this particular challenge as millions of anti-vaxxers exist in the country and continue to spread misinformation about vaccines.

Conservative Tom Tugendhat has warned those who reject it may find it hard to return to normal life. https://t.co/6UbROnXbB3

Tom Tugendhat, the Conservative leader and Member of Parliament, recently said during an interview he could "certainly see the day" when people were not allowed into their workplaces unless they proved they’d got the coronavirus vaccine, reports Metro. Additionally, he said public spaces could also ask for vaccination certificates before letting people in. "If vaccination works and if we’re confident it’s safe, and all indications so far are good, then I can certainly see the day when businesses say, 'Look, you’ve got to return to the office and if you’re not vaccinated you’re not coming in.' And I can certainly see social venues asking for vaccination certificates," Tugendhat said while also giving an example of a number of countries that require a certificate of vaccination for diseases such as yellow fever.

Businesses must join the fight against the anti-vaxxers https://t.co/QWefrZoqee

"I remember when I used to travel rather more than I do now – when you go into certain countries you had to show a yellow fever certificate and if you did not have a yellow fever certificate you weren’t allowed in the country and that was that. There was no debates, no appeals and no further requests. And I can see a situation where yes, of course, you’re free not to have the vaccine, but there are consequences," he added. When asked if public services such as transport systems could also bring in a policy of not allowing people who have not been vaccinated, he said, "It would depend what the public services were, and who and when, so I wouldn’t want to start predicting. ‘But I do think that if things are shown to be safe then rejecting them when they have a wider effect on the whole of society is going to have consequences."

The British government is among the many governments across the world that are now preparing a strategy to get as many people vaccinated as possible in the shortest period of time. While it would be more effective for the government to make the vaccine mandatory, Matt Hancock, UK Health Minister has said this might not be the way the government would go. The Centre for Countering Digital Hate (CCDH) has warned that the anti-vaccine movement online could undermine the roll-out of any COVID-19 vaccine, according to a Lancet report. In the US, a CNN poll showed that one-third of Americans said they will not be vaccinated against coronavirus, even when it is rolled out. "We are behind here. We haven't done a good job of getting [coronavirus vaccine] information out there," said Dr. Francis Collins, director of the National Institutes of Health.

US government slow to act as anti-vaxxers spread lies on social media about coronavirus vaccine https://t.co/cJr8VBDE9b

He added, "Speaking for myself, I think I underestimated the level of public resistance. I didn't expect it to be that widespread." A source from the Trump administration's "Operation Warp Speed" initiative said a public education campaign would "soon focus" on vaccine education. "We see more vaccine hesitancy with the Covid vaccine than with other vaccines. We know that. This concerns us, of course," said Michael Caputo from US Department of Health and Human Services. Chelsea Clinton, from the Clinton Foundation that also does vaccine advocacy work, said, "We know it's really important, especially for a new vaccine, to start these conversations early. We saw how important that was many decades ago when the polio vaccine first emerged in the mid-1950s. So we know what we need to be doing. We're just not doing it."