The pair, who was identified as only Muqaddas and Adnan by police, was discovered in critical condition over the weekend after they ingested poison. 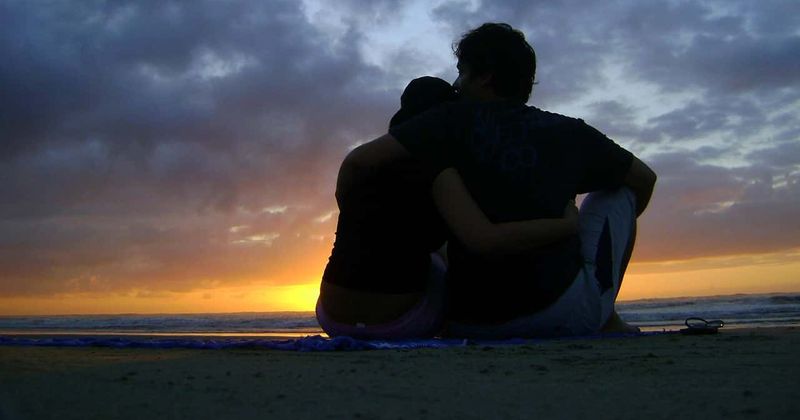 Trigger warning: This contains details about death by suicide that may be disturbing for the readers.

When their families wouldn't let them spend the rest of their lives together, a couple in the northeastern district of Faisalabad in Pakistan died by suicide. The shocking incident occurred just as the woman was about to tie the knot with another man that her parents had chosen. The pair, who was identified as only Muqaddas and Adnan by police, was discovered in critical condition over the weekend after they ingested poison. They were immediately rushed to the hospital where doctors declared them dead on arrival. According to VICE, the disturbing event unfolded on Sunday as celebrations for Muqaddas’ wedding were in full swing, moments before the groom and his family arrived at the location.

The investigating police learned that Muqaddas and Adnan had been seeing each other for some time. They had dreams of getting married and starting a family together but this hope began fading when Muqaddas' parents rejected their union. They ultimately lost all hope when the woman's parents fixed her matrimony to a suitor of their choice. In Pakistan, like most Asian countries, arranged marriages are culturally the most common union that is accepted. To determine a match between couples, families judge based on factors like religion, ethnicity, caste, class, and socioeconomic status.

Marriages should require emotional compatibility which is a very basic thing that is everyone's right. The couple should first & foremost like each other you will prominently find that marriage in our society is itself a risk factor for poor mental healthhttps://t.co/WoV4OXGT01

But over the years, young people have increasingly desired to choose their own partners due to the shift in education patterns and the influence of media in urban and rural areas. Despite this realization, many youngsters are still forced to follow the socially-accepted traditional marriage practices and in doing so they are apparently fulfilling the obligation they have to their families. Per a 2019 Gallup Pakistan survey, a whopping 85 percent of Pakistan residents have met their partners through an arranged marriage setup. Meanwhile, only 5 percent have reportedly married for love.

"Marriages should require emotional compatibility, which is a very basic thing that is everyone's right. The couple should first and foremost like each other," explained Islamabad-based psychiatrist Abdul Wahab Yousafzai. "You will prominently find that marriage in our society is itself a risk factor for poor mental health." Yousafzai explained how fictional stories such as Romeo and Juliet and the country's folk stories like Heer Ranjha along with its condensed and sensationalized media coverage of suicide could possibly increase suicide among vulnerable youths.

"Attributing suicide to just love affairs and fairy tales is indirect glamourization. When people are constantly exposed to news reports that state things like ‘so-and-so left this world after being spurned in their love affair’ – this can be very dangerous," he said. This isn't the first time couple have resorted to such fatal methods after having their marriage rejected. Back in 2016, a young couple from the city of Sargodha consumed poison when their parents refused their union. Then in 2017, another young couple jumped in front of a moving train in the city of Gujranwala.

PTSD can take your life

Additional resources for yourself and/or loved ones can be found at the link below. https://t.co/BYIw7Nim4a

What's more heartbreaking is the fact that suicide remains a crime in the country. If someone survives a suicide attempt, they may be punished for their actions with fines and in some cases prison time. "Over time, poor mental health, minimal coping strategies, individual personality factors, and social difficulties culminate, which can eventually lead people to become more vulnerable to death by suicide," warned Yousafzai.

Disclaimer: If you are having thoughts about taking your own life, or know of anyone who is, please contact The National Suicide Prevention Lifeline at 1-800-SUICIDE (784-2433)