A man wearing a mask violently struck Kim Santos and her 3-year-old girl on Wednesday night. 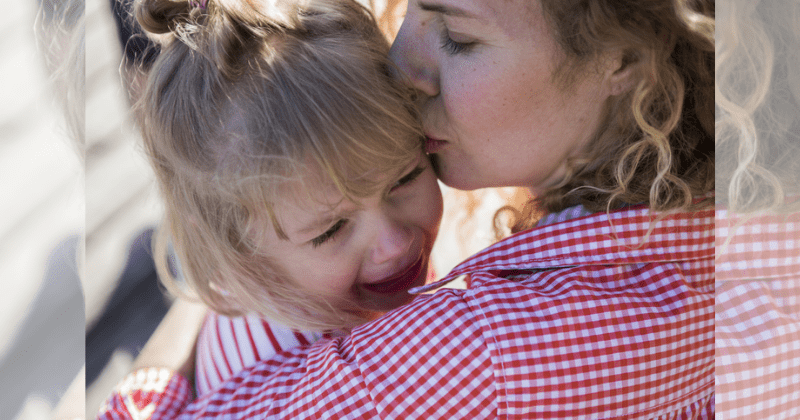 When a California woman and her daughter were suddenly attacked by a strange man, the mother knew she was the only one who can rescue themselves from the situation. A man wearing a mask violently struck Kim Santos and her 3-year-old girl on Wednesday night. The two were present in the parking lot of their Elk Grove apartment complex at the time. "Once he started running towards us I was like, 'What’s happening?' in my head," recalled Santos of the devastating incident according to KTLA sister station KTXL. She remained visibly shaken even after the masked attacker left after charging them in the area of Center Parkway and Bruceville Road.

Recounting the terrible episode, Santos said she would never be able to forget the look the man had in his eyes. As the attack was taking place, the mom said she felt like it was all happening at a slower pace and she instinctively pushed her daughter out of the way first. "I pushed her aside but then he came full force and I have bruises and cuts on my thing" she said pointing towards her thighs, "because he came to us full force." Despite the fear and confusion during the moment, the mother did not hesitate or hold back when the culprit went for her daughter.

"When he had grabbed both her and me that’s when, like, I kicked and kicked and I started punching, you know," she said of the heartstopping moment. "Because in my mind, I was like, 'No, this is not happening.' I couldn’t scream yet." Santos remembers her daughter crying nearby as she continued fighting the attacker with everything she had. Eventually, the man gave up and ran away from the scene, and that thing that saved their lives as Santos' brave decision to fight. "She did everything she could at that moment and we would encourage everyone to do the same," expressed Hannah Gray, a spokeswoman for the Elk Grove Police Department.

I am glad that your daughter is safe, must of been scary

The mother says that her instinct and intuition were the things that managed to save both her and her daughter. Now she is urging everyone to be aware of their surroundings because such attacks seldom come announced. "If you get that tingly feeling, that you know that your intuition is saying something’s wrong. That energy that you feel inside like something’s wrong, something’s following you, look around, pay attention because that’s gonna save you. That’s really that your intuition is gonna save you," she reminded everyone. Cops are currently looking for the attacker who is described to be approximately 30-year-old with a medium build. The man has bushy eyebrows and black "poofy hair." At the time was the attack, he was wearing a pair of black-framed glasses. Authorities are also searching for a green or teal "four-door sedan, possibly a Buick," which could have some involvement in the shocking attack.

Anyone with information regarding this case is urged to contact the Elk Grove police at (916) 478-8043.

"Steven Augustine, 32, from New York, has been fighting for his life in an induced coma since May 28, after being beaten with a baseball bat" ...but nowhere can I see where it says that the attack was in 2018 and he's been in the coma a year and a half.

Such attacks have been on the rise lately and unfortunately, not everyone is able to fight off these thugs. Last year a father-of-two in New York was left fighting for his life following a brutal attack while he was walking home from work. Steven Augustine, 32, was left paralyzed after someone attacked him in the head with a baseball bat. The intensity of the horrific blow was such that it left the left side of his skull shattered which had to be removed surgically. His injury is also known as sunken brain syndrome, a rare complication after a large craniectomy. In this case, the perpetrator was caught but was let off with a light sentence of 72 days at the Ulster County Jail. "Charles L. Miles was given a light sentence and I want justice for my son who is fighting every single day for his life. I am heartbroken, my son is in a vegetated state. Our whole family has been destroyed; we will never be the same again," said Augustine’s mother, Donna, who argues that justice is yet to be served in her son's case.