The brand was dropped for perpetuating the racist stereotype of a content Black woman serving a White master. 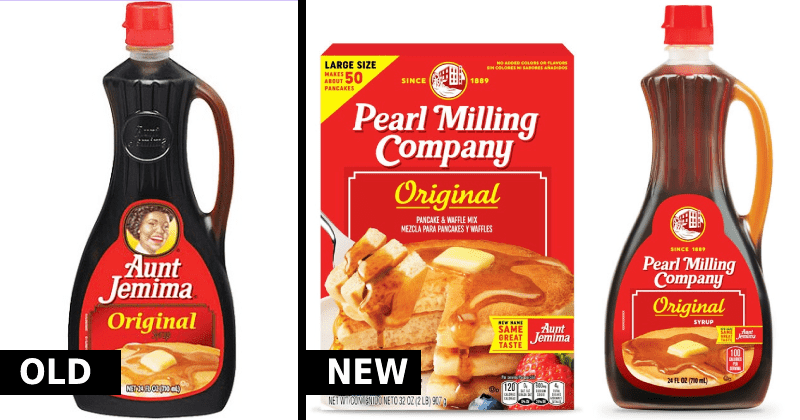 The brand Aunt Jemima is going to be renamed Pearl Milling Company, confirmed Quaker Oats. Aunt Jemima brand is known for its pancake mix and syrup. The products with the branding of Aunt Jemima will be sold until June when the new packaging with the name Pearl Milling Company makes its debut. The decision comes on the back of the company's acknowledgment that the character Aunt Jemima's origins are based on a racial stereotype. Quaker Oats, a division of PepsiCo Inc., confirmed last June that it was retiring the 131-year-old brand. Quaker Oats, who bought the brand Aunt Jemima in 1925, also added that it was donating $1 million to groups that empower Black women and girls as part of the rebranding project. Pearl Milling Company was founded in 1888 in St. Joseph, Missouri, and was the originator of self-rising pancake mix, said Quaker, reported CNN. While the brand is being renamed, the packaging will retain its familiar red, yellow, and white colors, which were associated with the original. The packaging unveiled carried the label, "New Name Same Great Taste Aunt Jemima."

The company said it had sought inputs from various quarters in their search for a new brand name. "Throughout the effort that led to the new Pearl Milling Company name, Quaker worked with consumers, employees, external cultural and subject-matter experts, and diverse agency partners to gather broad perspectives and ensure the new brand was developed with inclusivity in mind," said PepsiCo. The company said it was the "start of a new day" as it unveiled a redesigned website for the brand and its products, on Tuesday. "Last June, PepsiCo and The Quaker Oats Company made a commitment to change the name and image of Aunt Jemima, recognizing that they do not reflect our core values," read the statement on the company's website.

'Aunt Jemima' was originally inspired by the 19th century "mammy" minstrel character and portrayed a Black woman content to serve her White masters. A former slave, Nancy Green, was the first face of the pancake products, in 1890. The brand initially responded to criticism of perpetuating racist stereotypes removed the "mammy" kerchief from the character. Following the Black Lives Matter protests in the wake of George Floyd's death in 2020, the band confirmed it was completely removing the image of the black woman and the name "to make progress toward racial equality."

Many brands using racial stereotypes including Aunt Jemima came under fire in the movement's call to address racial injustice in the country. "While work has been done over the years to update the brand in a manner intended to be appropriate and respectful, we realize those changes are not enough," said Quaker Oats North America chief marketing officer Kristin Kroepfl at the time of the announcement, according to ABC News. The company had already pledged $400 million, a five-year investment to support Black business and communities. PepsiCo also said it would increase Black representation at PepsiCo, reported The New York Times.

What all the Karens think protests should look like. pic.twitter.com/TfRgtGsmR5

Quaker Oats said it was retiring the brand for good. "As we work to make progress toward racial equality through several initiatives, we also must take a hard look at our portfolio of brands and ensure they reflect our values and meet our consumers' expectations," said Quaker Oats in a statement, reported CNN. PepsiCo was also heavily criticized for trivializing the Black Lives Matter movement when it aired a tone-deaf ad showing Kendall Jenner solving all problems by handing a cop a can of Pepsi. The policeman takes a sip and everyone cheers. The ad was slammed and finally pulled.