Experts hint at the possibility of there still being a potential for a fire season in as short as five months' time, calling this respite temporary. 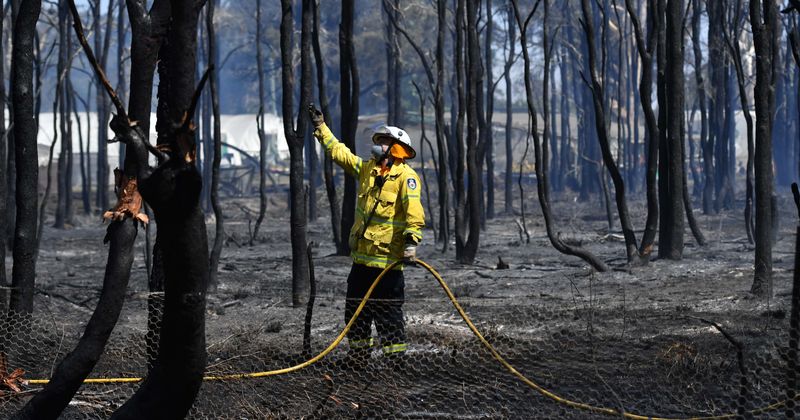 2019 ended on a gloomy note for Australia as the bushfires were burning at an unprecedented rate. Finally, some good news—as of March 2, the Australian state of New South Wales is officially free from bushfires for the first time in more than 240 days, according to the area's fire service. There was a little respite when Australia received heavy rain and severe thunderstorms earlier last month which was able to put out two of the biggest and longest-burning bushfires and contain the fire that had enveloped the country.

The debate over hazard reduction burns has been reignited with a top ecologist warning they won't stop bushfires. With cooler months approaching and the bushfire royal commission, all eyes are on how to prevent it from happening again. https://t.co/b3nAU20I54 #7NEWS pic.twitter.com/PO6IU4PwTA

The fire was contained last month for the first time since July and has now been completely extinguished in New South Wales. The New South Wales Rural Fire Service tweeted, "For the first time since early July 2019, there is currently no active bush or grass fires in NSW. That’s more than 240 days of fire activity for the state." This area was hit the hardest by the bushfires, that had torched over 13 million acres of land and nearly 2,500 homes were destroyed. Australian Prime Minister Scott Morrison stated that at least 25 people were killed across the country, reports ABC News.

Rob Rogers, the deputy commissioner of the New South Wales Rural Service, said that the experience of containing the fires was "very traumatic," and had been "exhausting and anxious" reports CNN. He stated that the fires were "a truly devastating fire season for both firefighters and residents, who've suffered through so much this season" and being able to contain it was "great news." But this breather can be shortlived say, experts.  "A lot of high-population areas, fortunately, didn't get burned," said Dr. Simon Heemstra, a fire behavior specialist with the Rural Fire Service. He hinted at the possibility of there still being a potential for a significant fire season which may start in as short as five months' time.

The Australian state of New South Wales is officially free from bushfires for the first time in more than 240 days, according to the area's fire service. https://t.co/0qGq4qodtA

Dr. Heemstra told The Sydney Morning Herald that even though the fires wiped out over 5.5 million hectares, it can now serve as "an enormous amount of data" for researchers to study the nature of the fire as well as how to understand the role of warning maps text alerts and phone apps in reducing the toll, and how they can improve. "That will help us in the future to better warn and prepare communities and better position [fire-fighting] assets," he said, adding the new programs may be able to update fire warnings hourly. The fires were able to be contained this year thanks to the torrential rain that even caused major flooding but ultimately helped in stopping it.

Bushfires have been contained in New South Wales, Australia — following a week of heavy rain, which caused damage of its own. pic.twitter.com/cyDSH18u49

The bushfires are an annual occurrence in Australia but it escalated this year as an effect of global warming, combined with record-breaking drought in the country with low soil moisture, as well as extremely low levels of rainfall. “We can find no evidence of forest fires of that size anywhere,” said Ross Bradstock, from the University of Wollongong’s Centre for Environmental Risk Management of Bushfires. “You just don’t see fires of this size in these parts of the world because you do not usually get the extreme dryness and unrelenting nature of the weather.” Although there have been largescale fires in the past, this season has also seen the loss of rainforests, wet eucalypt forests, dried-out swamps and banana plantations that usually don't burn because they are too wet, reports The Guardian. Experts have pointed out that climate change has had a major role to play in the fires.

At a time when data is available in abundance, research about the cause of the fire is essential and ways to prevent it are the need of the hour, the only dedicated bushfire research center is on the brink of closure. The Bushire and Natural Hazards Cooperative Research Centre (CRC), which was founded after the 2009 Black Saturday fires in Victoria, may close down due to a lack of funding. "We can't get a more important research project, given what we have just come through," Labor Senator Carr said. "We have got this enormous threat to this country in terms of increasing numbers of bushfires days, increasing intensity in bushfires. Surely, if anything brings home to this Government just how serious the situation [is], then the summer we have just been through highlights that point."

The full evidence of the Gov saying there is no more funding for the bushfire CRC, unless it finds something itself, can be seen here: https://t.co/j0yvxKZkeg Australia needs public good research like what the Bushfire CRC does.