Author Beverly Cleary, Famous For Her 'Ramona Quimby' Books, Has Died At Age 104

The children's book author was undoubtedly one of the most popular writers of her time. 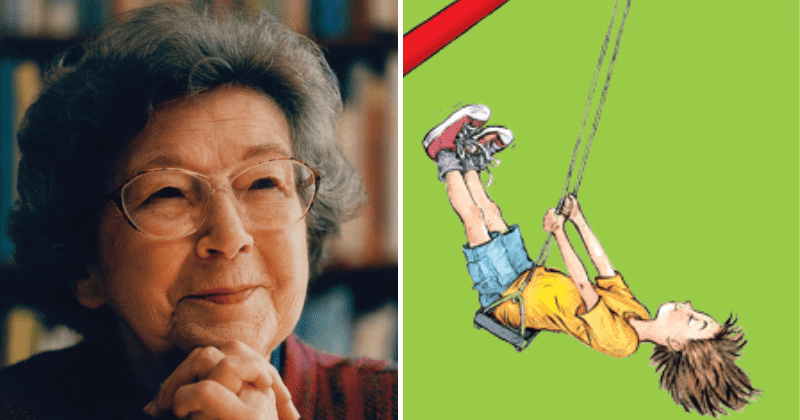 It's tragic news for those of us who grew up reading the Ramona series as kids. Children’s book author Beverly Cleary passed away on March 25, 2021, in Carmel, California, where she’d lived since the 1960s her publisher HarperCollins reported. She was 104 years old. Generations of readers will sorely miss the creator of some of the most authentic characters in children's literature — Henry Huggins, Ralph S. Mouse, and Ramona Quimby. Beverly Cleary’s first book, Henry Huggins, was published way back in 1950!

"If you don't see the book you want on the shelves, write it." Beverly Cleary, born on this day in 1916 pic.twitter.com/17U3EqM5Ys

Suzanne Murphy, President, and Publisher at HarperCollins Children’s Books shared, “We are saddened by the passing of Beverly Cleary, one of the most beloved children’s authors of all time. Looking back, she’d often say, ‘I’ve had a lucky life,’ and generations of children count themselves lucky too—lucky to have the very real characters Beverly Cleary created, including Henry Huggins, Ramona, and Beezus Quimby, and Ralph S. Mouse, as true friends who helped shape their growing-up years. We at HarperCollins also feel extremely lucky to have worked with Beverly Cleary and to have enjoyed her sparkling wit.  Her timeless books are an affirmation of her everlasting connection to the pleasures, challenges, and triumphs that are part of every childhood.”

Cleary's last book, Ramona’s World, was published in 1999, but that didn't stop readers, new and old, from falling in love with her storytelling. The writer often portrayed problems that readers could relate to, in a funny way. Cleary has sold more than 91 million books in 14 languages across 20 countries, won the National Book Award for the 1979 book Ramona and Her Mother—the fifth one in the popular Ramona series. She was named a "Living Legend" by the Library of Congress in 2005, reports PEOPLE. “I’m just lucky,” she said about the success of her books during an interview with the National Post in 2016.

Beverly Cleary, the author who captivated tens of millions of readers with her humorous and lively characters, including Ramona Quimby and Henry Huggins, died on Friday. She was 104. https://t.co/uwQOxC2mPY

D.E.A.R Day is celebrated nationwide on April 12, in honor of Beverly Cleary’s birthday. National D.E.A.R. Day (Drop Everything and Read) came about to pay tribute to her accomplishments as a children’s author. When children asked Cleary where she got her ideas, she would reply, “From my own experience and from the world around me.” Ramona and her classmates participated in the D.E.A.R. program because it was so often mentioned in letters from children who enjoyed “Drop Everything and Read” activities.

Tomorrow is National “Drop Everything and Read" Day, which is celebrated every year on April 12 since Beverly Cleary first wrote about D.E.A.R. in "Ramona Quimby, Age 8". It also marks the birthday of the beloved children's book author. Make every day a D.E.A.R. Day! pic.twitter.com/muvlnqTsSm

"I think children want to read about normal, everyday kids. That's what I wanted to read about when I was growing up," Cleary told NPR's Linda Wertheimer in 1999. "I wanted to read about the sort of boys and girls that I knew in my neighborhood and in my school. And in my childhood, many years ago, children's books seemed to be about English children, or pioneer children. And that wasn't what I wanted to read. And I think children like to find themselves in books." In her biography page, Clearly writes that she eventually realized she wanted to write stories that she “longed to read but was unable to find on the library shelves, funny stories about her neighborhood and the sort of children she knew.”

Ramona Quimby was perhaps her most iconic character for her being mischievous and spunky. In the opening chapter of Ramona the Pest, Ramona responds to her big sister: "I'm not acting like a pest, I'm singing and skipping," said Ramona, who had only recently learned to skip with both feet. Ramona did not think she was a pest. No matter what others said, she never thought she was a pest. People who called her a pest were always bigger, so they could be unfair. Decades later, readers are still in love with her stories and characters. "I think deep down inside children are all the same," Cleary said. "They want two loving parents and they would prefer a house with a neighborhood they can play in. They want teachers that they can like. I don't think children have changed that much. It's the world that has changed."

Cleary is survived by her two children, Malcolm and Marianne, three grandchildren, and one great-grandchild.

RIP to the great Beverly Cleary, who taught girls to embrace their "too muchness." https://t.co/HGN3tDKcDI