According to authorities, they were last seen in a 2007 Nissan Altima with California license plate 8CCC010. 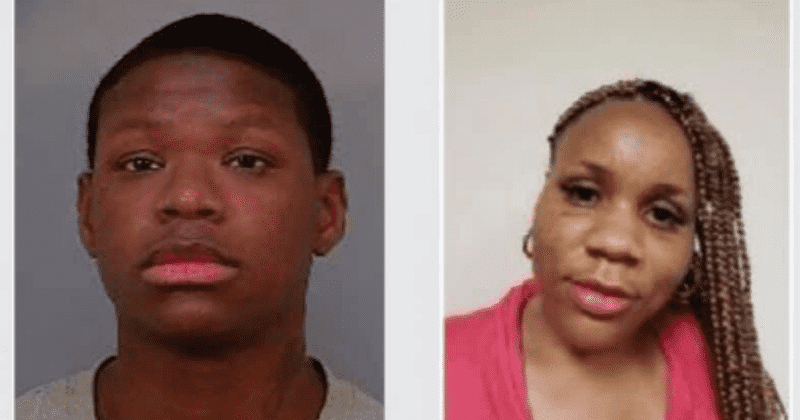 On Friday, authorities released the names and mugshots of a suspect and possible accomplice involved in an alleged assault of an 80-year-old man in the restroom of a grocery store in Lancaster. The post was shared on Lancaster Sheriff's Station's Facebook page and authorities are seeking help from the public to identify and locate the suspects. According to FOX LA, the duo was identified as Demaris Wade, 22, and Tamika White, 33. They were last seen in a 2007 Nissan Altima with California license plate 8CCC010. An initial post about the assault was shared with pictures of the suspects in masks.

The post read: On Wednesday, July 8, 2020, an elderly Hispanic male was assaulted in the bathroom of a grocery store in the 1000 block of East Avenue J in the city of Lancaster. Lancaster Station Detectives are now asking for the public’s help in identifying two individuals that may have been involved in the incident. The first, a black male, is 20-25 years old, approximately 5’8” tall and weighs about 250lbs. He was last seen wearing a light-colored sleeveless t-shirt, white shorts, and a black mask with a design of white fangs. The second person, a black female adult, was last seen wearing a multi-colored patterned short/romper and a black face mask with red lips.

The male allegedly assaulted and robbed the 80-year-old man in the bathroom. The female is believed to have accompanied the younger male to the store. Both parties were last seen leaving the grocery store on foot. We are asking for our community’s help. If you were in the area of the grocery store any time between 8:30 am and 9:00 am and saw anyone matching this description, if you recognize either person and/or know of anyone that wears these masks, please contact Detective Esswein at (661) 948-8466. The victim was transported to Antelope Valley Hospital where he is being treated for facial injuries and several broken ribs.

Lancaster Station detectives and personnel have been in contact with him and his family and we are wishing him a speedy recovery. We would like nothing more than to bring justice to the victim and his family. The second update they shared seeking for help said that they've followed every lead they received so far and finally managed to identify them. They shared: Lancaster Sheriff’s Station needs your help Antelope Valley. Following up on every tip and lead we have received, we have identified two individuals that were allegedly involved in a robbery of an elderly man at a local grocery store. The parties were last seen in a 2007 Nissan Altima pictured in the bulletin. If you have any information about their whereabouts or if you see them, please contact Detective Esswein. We are all in this together! Anyone with any information is requested to call 661-948-8466.