A mom shared that the family had to exit the plane as her non-verbal autistic son was not wearing a mask. 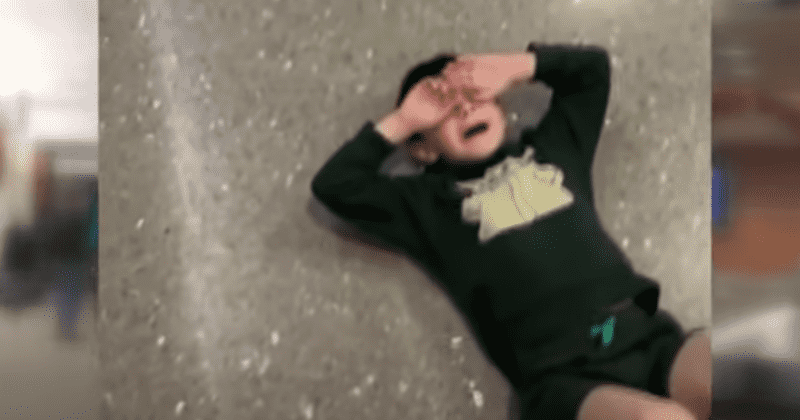 An Arkansas mom is claiming that Spirit Airlines kicked her son and husband off a flight because her four-year-old non-verbal autistic son was not wearing a mask. Callie Kimball said she is aware of the consequences of not wearing a mask but it was detrimental for her little boy. She told CBS Little Rock affiliate KTVH-TV that her child "had a medical note from his physician stating that he's exempt from wearing masks because whenever he wears a mask he holds his breath or he starts freaking out and he will harm himself."

The family had no issues traveling on Spirit Airlines until now. When they went to visit family in Las Vegas on Friday it was hassle-free. But on the journey back which had a stopover in Dallas, the airline wouldn't let them stay on the return flight despite the note. "He has a disability. It's protected under the American Disability Act and they go, 'No-no-no. Autism's not a disability. He has to wear a mask or he has to get off the plane.' Kids on the (autism) spectrum, they're usually very obsessed with something," Callie explained. "He is obsessed with airplanes. So he was sitting in his seat, quietly and looking out the window, and this lady was like, 'Get off!'"

Another airline, American Airlines agreed to accommodate the family, said Callie. But she wants a refund for the flight they weren't allowed to take. "So we're out all of our flights, a thousand bucks and we have a son who's just so distraught now that he like threw all of his airplanes down." According to the Centers for Disease Control and Prevention, a person can be exempt from wearing a facial covering if they "cannot safely wear a mask because of [their] disability" under the Americans with Disabilities Act (ADA), as per Comic Sands.

Not sure why they didnt have a problem before during their first flight, but to say autism is not a disability is nuts, I think there may be pressure to highten security & mask mandates since the CDC is warning of spring travel spikes, like how people insisted on travelling xmas

A spokesman for the airline told CBS News the only exemption to its current mask policy is children younger than 2 years old. "We remind guests of our face-covering policy throughout the booking process, in a pre-trip email sent prior to departure, and in a required acknowledgment that is part of the check-in procedure," the spokesman said. Callie said, tearing up, "I've never in my life — being the parent of an autistic kid is really hard and I've never in my life experienced that kind of discrimination from someone."

Spirit Airlines responded to THV11, with the following statement: "We sympathize with families facing additional burdens while traveling, including those dealing with medical conditions. Like most airlines, Spirit Airlines started requiring face coverings in May 2020 with the only exemption being one for children under age 2. We remind Guests of our face-covering policy throughout the booking process, in a pre-trip email sent prior to departure, and in a required acknowledgment that is part of the check-in procedure. Our existing policy does not provide for medical exemptions, regardless of diagnosis. Our Team Members explained this to a family traveling today, but never questioned anyone’s medical status in the process. Starting March 19, 2021, Guests with a medical disability who are traveling on or after March 22, 2021, can apply for an exemption as provided for in the federal mandate requiring masks in airports and on planes. We plan to add information to our website about the exemption later this week. Please visit our Information Center for more information on what we are doing to keep our Guests and Team Members safe."

My son is high functioning autistic. He also had panic disorder and many autistic people have sensory issues. I would not fly with my son during a pandemic if he couldn't wear a mask. I still feel for the little boy. It's not his fault.