Adhara Pérez Sánchez hopes to one day become a scientist and an astronaut working with NASA. 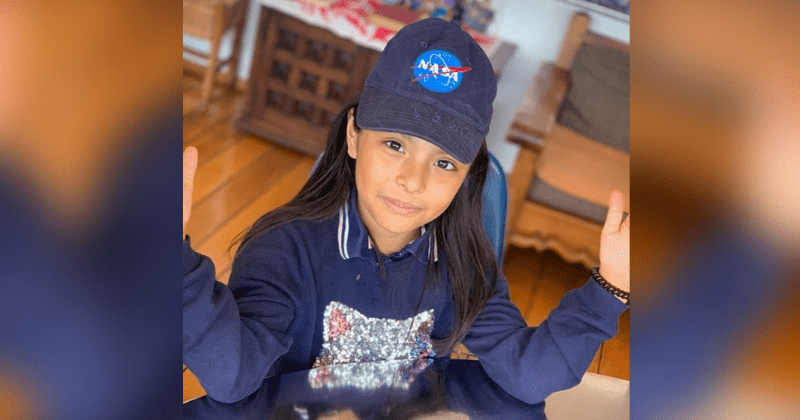 A nine-year-old girl from Mexico has a higher IQ than Albert Einstein and is well on her way to make history. Adhara Pérez Sánchez has already finished high school and is currently working towards completing two engineering degrees. The little girl has big dreams and wants to one day become a scientist and an astronaut working with NASA. When she was three, she was diagnosed with Asperger's syndrome, a condition on the autism spectrum. It is generally a condition with high functioning and people with it end up with an interest in specific topics. As per Autism Society, kids with Asperger's may have good rote memory skills but struggle with abstract concepts.

The following year, things took an ugly turn for Sánchez. But she has come out stronger and is now an inspiration to all. When she turned four, she had a seizure that nearly left her in a coma. This caused her to lose full use of her hands for a whole year and she had to take physical therapy. "Still, she never gave up," Sánchez's mom, Nayeki Sánchez said, according to Goalcast. "In fact, she looked to one of her heroes for guidance. Adhara followed the example of Stephen Hawking; she said that despite having a disability, that didn’t keep him from achieving great things. She will always admire him because she likes black holes."

But when the family found out what caused the seizures, they could not help but think that everything happened for a reason. The seizures were caused because one hemisphere of her brain was more developed than the others. Tests were conducted later and it was found that she was exceptionally gifted with an incredibly high IQ. The little girl has an IQ that is higher than her heroes Einstein and Stephen Hawking were. Her IQ is 162 as determined by Talent Service Center (CEDAT) where she was enrolled after she found school boring.

At school, Sánchez was bullied by her classmates who called her "weird." Her teachers told her mom that the little girl did not want to be engaged in class and ended up isolating her. This was also something similar to how Einstein was treated in school which is why Sánchez could not help but admire the fact that he went on to prove them all wrong. She finished elementary school by the age of five, middle school by six, and high school by eight. She is now studying two online university degrees: Systems Engineering at CNCI and Industrial Engineering in Mathematics at UNITEC, according to Entrepreneur.

Her dream is to go to the US and study to be an astronaut. She has already been to NASA's Johnson Space Center in Texas. NBC San Diego reported that Sánchez even recently traveled to Tijuana, Mexico to give a presentation on black holes at an event organized by the Institute of Art and Culture (IMAC). Her expertise left everyone in awe. "I'm surprised because how can a little girl know so much more than an adult? She already has two college careers," said Karen Alonso, a young girl who attended her presentation. She may be one step closer to achieving her dreams after she has been invited by the University of Arizona to study astronomy. Rice University has also invited her to study astrophysics.

Her mother wants to do her best to help her daughter achieve her dreams even if it may not seem easy because of the finances. But Sánchez is all set to take the leap. “I have to stay there for three months to learn and get accustomed to hearing and speaking English,” she said about going to study in the US. She even shared wise words for others to live by: "Do not give up, and if you don't like where you are, start planning where you want to be."