When asked what he got in return, Price said: "I got lots of fist pumps, lots of high-fives, lots of 'Love you Mr. Price,' lots of 'Thank you, Mr. Price.'" 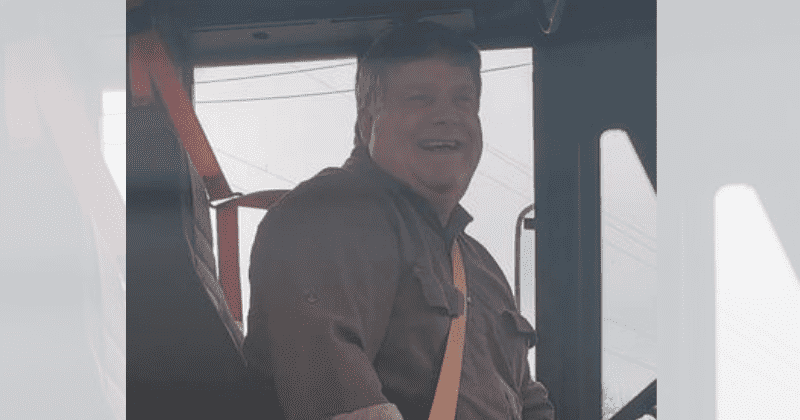 School bus drivers bear a huge responsibility of taking kids to and from school on a daily basis but often get overlooked despite chaperoning productive citizens of the future. In spite of all this, they go about their way -- and sometimes out of their way too -- and practically build their whole life around getting children to schools where they inch towards fulfilling their potential. Wayne Price is one of them. He has been a school bus driver for seven years and his faith pushes him to do better things in life. This particular instance is from December 2018, where Price spent much of his money because he didn't want the children in his route going hungry, reports Today.

It was the early hours of December 11, just a week before schools in Montevallo, Alabama would close for winter break. Price received a phone call from the school and the person at the other end said schools would be opening two hours late due to bad weather. Of course, the news was cause for great celebration for many of the kids in the city but for those from the impoverished neighborhoods the delayed opening meant they wouldn't be able to have their breakfast under the National School Lunch Program. For the uninitiated, the program enables kids from low-income homes to eat lunch and breakfast for free or at a subsidized rate during the school day.

Earlier this week, winter weather caused morning delays at a school in Alabama where many students rely on the National School Lunch Program.

So in true Christma spirit, their bus driver, Wayne Price bought breakfast for all the student on his bus: https://t.co/IWiNAFvGyQ pic.twitter.com/OFLPEDwCM8

Price was wide awake when he heard the news and realized the true ramifications of the breakfast being canceled for the elementary, middle, and high school kids on his bus route. Speaking to the outlet, Allison Campbell, Principal of Montevallo Elementary, said: "For a lot of students that means that they won't get to eat. It speaks volumes to [Price's] character that he was attuned to that." After hearing the news, Price got an idea - one that demonstrates his beautiful nature. Just before taking the route, he took a detour to a local McDonald's to get himself a biscuit and for all the kids on the bus. When he left, Price had 50 McMuffins and biscuits in tow, ones he would distribute as and when the kids got on the bus.

"When I got to McDonald's, I asked the manager, 'Can you turn around 50 biscuits in 15 minutes, and can you give me as good of a deal as possible?' He gave me a dollar deal and we just turned it around," Price told Today Food. "They really hustled with other customers in the store and I walked out with a box load of biscuits for my kids." There was a reason behind this act of kindness by Price, and it wasn't simply the Christmas spirit. "I'm driven by faith and Christ," Price said. Recalling the interaction he had with the kids when they got on, he said: "When the kids got on I said, 'So, what do ya want? Sausage? McMuffin? I got some sweet kids and I get really attached to them ... they were really appreciative. I dunno. I just love my kids." When asked what he got in return, Price said: "I got lots of fist pumps, lots of high-fives, lots of 'Love you Mr. Price,' lots of 'Thank you Mr. Price.'"

GOODNews: Wayne Price, an Alabama school Bus Driver, bought 50 students breakfast when the school was forced to cancel breakfast due to icy roads. Price refused to let the kids go to school hungry, an act of kindness they will remember for a long time!https://t.co/wSueo0vUcO

His act didn't go unnoticed either as the U.S. division of the restaurant sent Price a handwritten 'Thank You' note along with a $100 Arch Card and a $1,000 Visa gift card to reward his kindness. Jason Black, the owner, and operator where Price bought the breakfast also offered him coupons to feed his class again at the beginning of the next school year.

This story brings me to tears! Lord bless him for blessing others...especially children! What a way to represent Christ😊