The incident took place at a home in 500 block of West Victoria Street in Los Angeles. 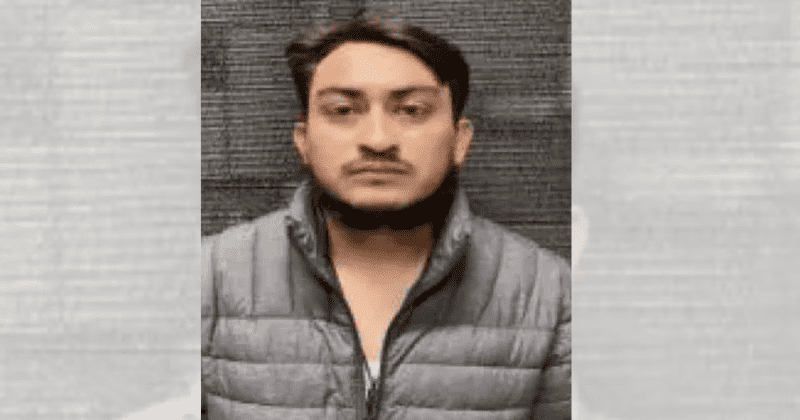 Trigger warning: The story contains details of child abuse and death some users may find disturbing.

A 3-year-old boy has passed away after he was "stomped to death" by his mother's boyfriend, who later told medics that the child hit his head falling off a scooter. Santos Rodriguez, 24, from Desert Hot Springs in California, was arrested and taken to West Valley Detention Center on Saturday, November 21. The incident, which took place at a home in 500 block of West Victoria Street, came to light when San Bernardino police officers responded to a call from a local hospital where the child was being treated for severe head trauma, reports Fox LA.

When medics and officers questioned Rodriquez on how the child got injured so severely, he said he had fallen off a Razor scooter and hit his head on the sidewalk. So far authorities haven't found the motive behind the attack but have booked Rodriguez for murder and are holding him without bail, at least until the investigation is concluded. Offering an update on the case, a spokesperson for the San Bernardino Police Department said: "The motive for this incident is under continuous investigation. No additional information is available for release at this time," and urged people with information to call or contact the detectives to help close the case.

Domestic violence cases in the US and across various parts of the world have been on the rise since the pandemic began earlier this year as victims have largely been forced to stay indoors with their abusers for extended periods of time. As per a Substance Abuse And Mental Health Service Association report, domestic abuse victims have no option but to stay indoors as an escape isn't even an option like in the case of pre-coronavirus times. "There is a concern that the numbers experiencing intimate partner violence will dramatically rise in as a result of social distancing and quarantine during COVID-19," and added that stay-at-home orders "force victims" to stay in a "dangerous situation".

The case is even worse for children as they often become a punching bag of sorts for their parents to vent out their frustrations. "Stressed parents may be more likely to respond to their children’s anxious behaviors or demands in aggressive or abusive ways. The support systems that many at-risk parents rely on, such as extended family, child care and schools, religious groups, and other community organizations, are no longer available in many areas due to the stay-at-home orders," the study revealed. In a similar case, a 3-year-old girl was attacked with a machete by her own mother and suffered grave injuries in Philadelphia. It is not known why the girl was attacked, but neighbors found the mother in her house and she appeared incoherent and was naked. The little girl was said to be in critical yet stable condition but neighbors of the family are in a state of shock at the incident.

In yet another such incident, a couple in Oklahoma brutally tortured and physically abused a 3-year-old girl by strapping her to a table and putting an electric collar around her to shock her, so she would be disciplined reports KJRH.  When the police found the child, she had a number of injuries all over her body. At first, Jeannette Wilson, 24, the mother of the child told investigators that she was in an abusive relationship with her boyfriend, Gustus Pennington, also 24. She claimed that the abuse was carried out by Pennington and she tried to stop him from hurting her child multiple times but stopped when he threatened her with similar torture if she intervened. Investigators later found out that Wilson was lying all along and she had been a participant in the child abuse.

If you are being subjected to domestic abuse or know of anyone else who is, please visit The National Domestic Violence Hotline website or call 1-800-799-7233 or text LOVEIS to 22522.