The incident occurred in El Paso, Texas. 24-year-old Marvin Rex Lake was charged with capital murder for the killing of Ahren Joshua Dehart. 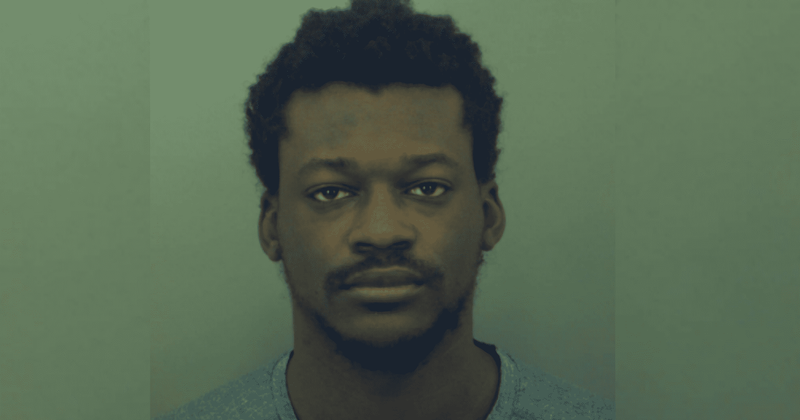 Trigger Warning: This story contains details of child abuse and death some readers will find disturbing.

A babysitter has been arrested for allegedly killing a toddler for damaging his futon. Marvin Rex Lake, 24, was arrested and charged with capital murder on Monday, April 19, for allegedly killing one-year-old Ahren Joshua DeHart when babysitting him. In the arrest affidavit, Lake, a former US Army soldier discharged from Fort Bliss, inflicted several grievous injuries on DeHart, including a skull fracture, brain damage, abdominal injuries, bruising, and hemorrhage of the lung, KFOXTV reported. The report suggests that Lake was babysitting De Hart, another infant, and a toddler while their mothers went to work on April 12.

Marvin Rex Lake allegedly gripped a 1-year-old infant like a football, wrestled with the baby and dropped him on the frame of a futon, causing fatal injuries, according to a police affidavit.https://t.co/KtsJXwLZ37

Around 5 pm the same day, Lake got on a video call with one of the mothers, identified as "witness Schneider" in which DeHart was seen and appeared to be "in good condition" despite being a little fussy and crying. Over four hours later, Lake called "witness Schneider" claiming that DeHart had "rag-dolled" and vomited a substance, an affidavit filed by the police said. "Rag-dolled" refers to a person going limp after being struck. Hearing about the incident, DeHart's mother and "witness Schneider" rushed to the Las Lomas apartments at midnight to discover DeHart unresponsive and struggling to breathe. The two women quickly admitted DeHart to a hospital where he was soon adjudged to be in critical condition. He was put on life-support with doctors describing the injuries as acute and non-accidental.

A Texas man has been charged with murder after a 1-year-old boy he was babysitting died in his care.

Marvin Rex Lake was babysitting Ahren Joshua DeHart and another infant and toddler when the boy suffered head and internal injuries.https://t.co/MofyDDPDfs

After nearly four days in the hospital, the toddler died from his injuries on Friday, April 16. When police started interrogating Lake about how DeHart was injured, he allegedly told officers that he had no idea what happened before changing the story numerous times. At first, he told investigators that DeHart sat on a futon and watched television. By the end of the session, Lake explained that the toddler's injuries were caused by "several wrestling-style moves" and the striking of the frame of a futon. As police pressed Lake on the DeHart's other injuries, he revealed that he grabbed DeHart in a football hold tightly after getting annoyed at the toddler for ripping a pillow. Lake then told the interrogators that he had anger issues and didn't realize his own strength.

This literally made me sick to my stomach. When I was 14 babysitting my 1 year old brother @DavidJHerc i knew to treat him like he was made of glass and especially protect his head-At 24 it is straight up murder and there is no excuse

According to the police, Lake called "witness Schneider" during a break from the interrogation and said on speaker that he did not cause DeHart's head injuries but claimed responsibility for the internal injuries.  "I did not hurt his head, I only caused the internal injuries," Lake allegedly said, during a conversation at police headquarters.  Police then obtained a search warrant to assess Lake's claims and went into his apartment at 500 Rubin Drive. Once there, they exposed the frame where DeHart allegedly got injured and photographed it. A week later on April 19, a Medical Examiner declared that DeHart died of homicide/intentional trauma. Lake was taken into custody and booked into the El Paso County Detention Facility for the death of DeHart. Crime Against Children police investigators are continuing the investigation into the condition of the other infant and toddler Lake was taking care of after doctors found injuries on them as well. On April 26, a judge ruled that Lake would be held without bond ahead of his trial.

The crook’s name is Marvin Rex Lake. He killed a his girlfriend’s 1 year old White child while she was at work, and he was being a lazy bum.

This should be front page headlines! pic.twitter.com/Kt3Yxq7aXl