The pair had their arms wrapped around each other as they made their way into Wolfgang Puck’s new restaurant in West Hollywood. 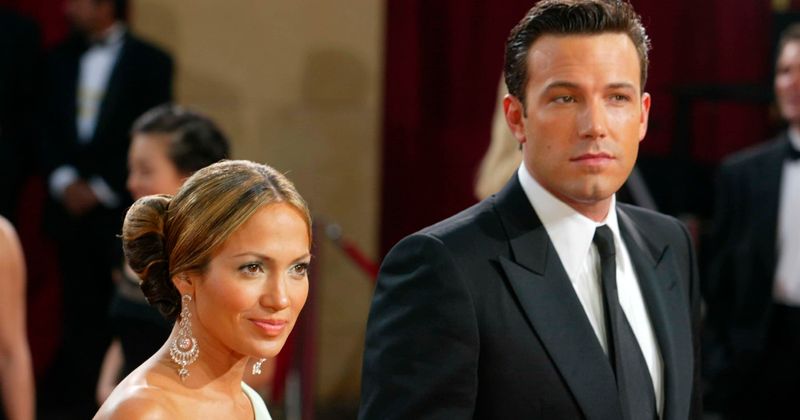 Is Bennifer back!? It's been 17 years since the former couple called off their engagement but it seems the two might just be back together. Earlier this month, Jennifer Lopez and Ben Affleck were reportedly spending time together at a luxury ski resort. The stars appeared separately at the VAX LIVE concert in Los Angeles on Sunday, May 2, but later headed off together to the Yellowstone Club in Montana. They were holidaying together for about a week, a source told E! News. "They were alone," said the source. "Just the two of them."

"They have been in touch here and there throughout the years," a second source close to Lopez told the outlet, noting the duo reunited after she returned from filming in the Dominican Republic. "Ben reached out to her to see how she was doing and they had dinner together a few times within this last month. It's natural between them and the chemistry is unreal. They picked up where they last left off and are enjoying each other's company right now."

More recently, the two were seen cuddling up to each other as they headed into a romantic dinner date. The pair dined at Wolfgang Puck's new restaurant located in the swanky Pendry hotel in West Hollywood. Sources told Page Six the pair were very hands-on throughout their night out. "They were very affectionate, very cuddly," the insider said. "He had his arm around her the whole time."  Affleck, 48, and Lopez, 51,  arrived together in Affleck’s car and even held hands as they entered the restaurant.

Romance was on the menu for Ben and J-Lo.https://t.co/NRyHCi4xbD

The two first met decades ago in 2001 on the set of their box-office bomb Gigli. The Oscar-winning actor and the pop icon made their relationship official the following year. The two decided to take their relationship to the next level, got engaged later in 2002, and scheduled their wedding for September 2003. But they called it off and officially split by January 2004. One of the reasons they held off on their then-wedding was the spotlight. "Due to the excessive media attention surrounding our wedding, we have decided to postpone the date," the couple shared in a joint statement, per ABC. "When we found ourselves seriously contemplating hiring three separate 'decoy brides' at three different locations, we realized that something was awry."

It’s been 17 years since they called off their high-profile engagement just days before their wedding, but it looks like Ben Affleck and Jennifer Lopez might be rekindling their relationship.https://t.co/OUGaKxy3xr

Years later, the couple would express what really went down for them to call it quits. Affleck was the first to share his feelings on the British TV show Live in 2008, as per Women's Health Magazine. "I think Jen and I made a mistake in that we fell in love, we were excited and maybe too accessible," he explained. "I don't think either of us anticipated the degree to which it would take on a world of its own." Lopez also discussed the relationship in 2016 on The Jess Cagle interview about how much pressure they felt from the media. "We didn't try to have a public relationship," she said. "We just happened to be together at the birth of the tabloids, and it was like, 'Oh my God.' It was just a lot of pressure... I think different time different thing, who knows what could've happened, but there was a genuine love there."

Jennifer Lopez and Ben Affleck appear to be taking things to the next level! 💞https://t.co/kVk0pvUrpv

The two are now finally single as J.Lo called off her engagement to A-Rod and Ben split from Ana de Armas. So maybe the timing is perfect for the two to reconnect? Maybe this time around, the pressure from the media will ease up and the two were just meant to find each other again—at least, that's what fans will hope. " They have a lot of love for each other. They have always admired each other," a source recently told PEOPLE of Lopez and Affleck. "They are friends. They have always been friends and they have seen each other through the years," an insider similarly remarked in April.

Sources say that Ben Affleck and Jennifer Lopez are taking their relationship seriously and "want it to be long-lasting." 💘 https://t.co/RlolVnvNeE

Affleck was previously dating actress Ana de Armas. The Deep Water co-stars went their separate ways in January after first being romantically linked at the beginning of 2020. Jennifer Lopez had a more high-profile relationship with now ex-fiancé Alex Rodriguez. The pair released a joint statement on April 15 announcing the end of their engagement after being together for four years. Multiple sources previously confirmed to PEOPLE that Lopez ultimately broke up with Rodriguez, 45. Lopez could no longer fully "trust" Rodriguez by the end, according to sources.