The former employee said in a now-viral video: "If anybody thinks Chick-fil-A is the best company, I just say, do not work at this one" 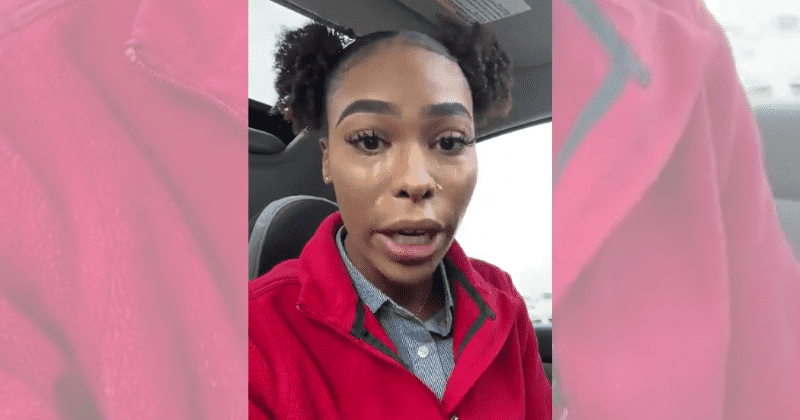 A  Black former employee of Chick-fil-A, who quit one of the fast-food chain's outlets, has spoken out on Twitter in a viral video. Posting from the Twitter handle @anisahkyera, she posted a video titled "i worked at Chick fila and today I quit. here is a summary as to why." She goes on to accuse the management of racism and of dismissing her concerns after she complained about getting “touched inappropriately”. The woman, wearing a red uniform with her Chick-fil-A name tag, went into details of what happened. So far, the video has over 6 million views.

thank you to everyone who is liking, retweeting and tagging. never settle for less. don’t put up with anything you don’t have to. chose yourself and make decisions that will help you get where you need to be and in order to be the best version of yourself. always. much love.

“There was a man who touched me inappropriately. I tried to go somewhere else,” she said in the video, reports The Daily Dot. The worker said she was told to speak with the “operator” of the location who she called "Don". “He just tried to fire me for calmly vocalizing how I felt,” she said of the operator.  She added that the operator’s wife also works at the location and that “they both have made it very clear they don’t like me.” When she told the operator she “wanted to talk to him,” he said, “Yeah, before it’s too late". "In the middle of me talking, he said, 'Are you done? ‘Cause you have done nothing but criticize. How long have you worked for Chick-fil-A? You’re bringing down the employees who have been here for 20 years. You’ve done nothing but walk in here with an attitude,” she recalled. “I think the problem is … I’m a Black woman, and I vocalize my issues,” she said, concluding, “If anybody thinks Chick-fil-A is the best company, I just say, do not work at this one.”

I do love chick fil a but this is downright disgusting and I think you should take legal actions! This is unacceptable!

Many others began tweeting at the woman who shared their own stories of working at the fast-food restaurant chain. _feedmepumps tweeted: I’ll never forget CFA was first job at 15 and I was so excited. One day I was coming in and a manager told me I could be replaced. I called my mom in tears and she laid everybody out and threw the badge back CFA treats these young kids terrible! edges_babymama added: My best friend worked for Chick Fila as first job. Her manager was always making remarks about her body and trying to advance on her and she wasn’t comfortable with it. Interesting how the energy is consistent across the boards. _Purplethingss shared: I believe you. I worked at a Chick-Fil-A for the second time in Minnesota & they treat you like shit & they will belittle you etc. I understand going above & beyond but being of color is extremely difficult in a chick-Fil-A environment. They will criticize you every step.

A "vocal" black person, is code for bad attitude

Social media users also took screenshots of Google reviews for Chick-fil-A's McKinney outlet in Collin County, Texas, some with outlandish stories about how they had been treated when they visited the outlet. Many have called out "Don" in a way that may seem to make a mockery of the woman's video. Have a look at some of the reviews.

the way i went STRAIGHT to the google reviews bc i knew there would be a ruckus in there. i have been screaming for the past 20 MINUTES pic.twitter.com/8TND4bDurI

Mockery or not, the woman in the video was grateful for all the positive support she received and tweeted: I appreciate all of the love you guys have shown, especially because I see my black community uniting & standing with me during this time. as of now, I’m really still wrapping my head around my situation, so I plan to take time to find the best steps to help me move forward and make sure that something is done because what happened is not okay. I know a lot of you are wanting me to start a gofundme & upload my cash app, but i can promise that i am good financially. I have been receiving an immense amount of kind words/encouragement and i’m grateful.

It has been a crazy 48 hrs to say the least. I do want you all to know that I see your messages and the stories you are sharing. I’m glad that me spreading awareness opened room for many of you to confide in me/others with your stories bc I know they’re difficult to share.