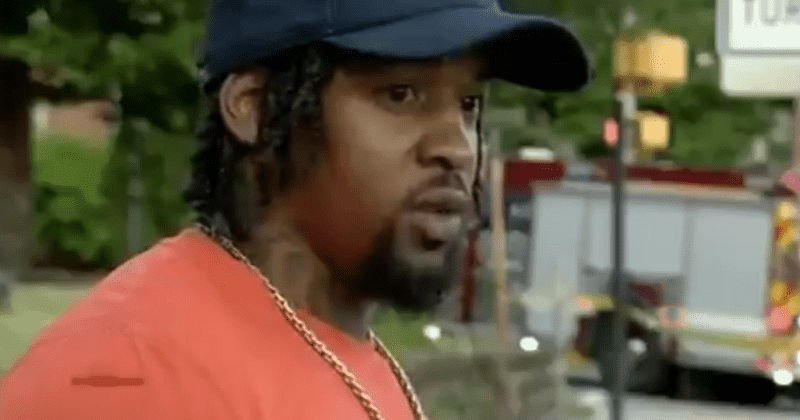 A Black man from Pennsylvania is being called a hero for saving the life of a white police officer who was trapped in his burning patrol car during a horrific car crash, despite being wrongfully arrested in the past. Daylan McLee was having a Father's Day barbecue at his house on Sunday when he heard officer Jay Hanley's car crash, reports Daily Mail. McLee rushed to the scene and ripped open the patrol vehicle's door and pulled Hanley to safety as the car caught on fire. The 31-year-old's heroics meant Hanley escaped without any life-threatening injuries.

Daylan McLee says when he saw a Uniontown officer pinned inside a burning police cruiser Father’s Day he thought, “I know this man is my brother through Christ and I couldn’t leave him behind.” He is credited with saving the officer’s life. A hero’s message @KDKA Tonight. pic.twitter.com/xoXlXXnWhy

McLee put his life on the line even though he had a previous run-in with law enforcement. In 2018, he sued the Pennsylvania police department because officers misidentified him for a gunman in a brawl. As a result of which, he spent a year in jail. Currently, McLee is fighting a charge of resisting arrest against the same department he helped, claiming he was kicked in the mouth while being arrested. Talking about his act, the 31-year-old  said, "We need to work on our humanity... that's the main problem of this world.  We're stuck on how to get up or to get even, and that is not how I was raised to be. You learn, you live, you move on and I was always taught to forgive big." Touching upon helping the very same department that arrested him, he noted, "You can't base every day of your life off of one interaction you have with one individual."

The 31-year-old Black man says he wants more people to look at individuals and not judge all police based on one interaction. https://t.co/riOY1uODsq

Explaining the moments leading to the rescue, McLee said, "I don't know what came across me, but I ripped the door open and just pulled him to safety across the street." Lieutenant Thomas Kolencik of Uniontown Police spoke to WTAE-Pittsburg at the place where the crash happened. "Daylan actually said, 'I'm not going to let him die', Kolenick said, "There's just no words to describe, you know." McLee was thanked by the police department for his quick thinking and bravery. People from Officer Hanley's family thanked McLee on social media adding the officer was undergoing surgery after the crash for a  leg injury.

“I don’t know what came across me, but I ripped the door open and just pulled him to safety across the street.” https://t.co/Nn5r5eu49f

McLee said Hanley's sister had called to thank him, along with a handful of officers and even the police chief before saying it wasn't a complicated decision to help another person. Several of his friends wondered about the consequences if he'd decided to refrain from helping based on his prior experience with law enforcement. "No. There is value in every human life. We are all children of God and I can't imagine just watching anyone burn," he said. "No matter what other people have done to me, or other officers, I thought, 'this guy deserves to make it home safely to his family.'"

Thank you! You are a fine human being....you made your parents, family and friends proud! Your act of love for another person will not go unnoticed. God Bless you!

The 31-year-old is currently fighting a lawsuit against four Pennsylvania State troopers for wrongly arresting him in connection to a brawl outside an American Legion bar in March 2018. McLee drove to a bar in Dunbar after his sister called him to pick her up as a fight broke out. He arrived and disarmed a man in the parking lot before throwing the weapon aside. One of the troopers, who said McLee pointed a weapon at him twice, fired shots at McLee leading him to flee from the scene. However, security footage showed McLee disarmed the man and discarded the weapon before escaping as shots were fired.  A few months later, he had another run-in with the officers. When officers in plainclothes approached him with guns drawn, he ran away, noting that the officers did not identify themselves immediately. It was only after they yelled that they were police that he stopped running and put his hands behind his head.

He the best example of citizens, believes justice & peace, I have a dream #MLK.

McLee stated that during his arrest, he was kicked in the face by an officer causing his lip to split, and was charged with fleeing and resisting arrest. Yet, despite it all, he doesn't believe in painting the officers with the same brush and stresses on the importance of forgiveness.  He also has a 13-year-old son who he wants to teach that you don't judge a person by the color of their skin, but rather the kind of person they are, irrespective of the job they hold. He said, "I don´t want to be called a hero. I just want to be known as an individual who is an upstanding man. No matter... what or where, just an upstanding person. And I hope (that trooper) sees this and knows he's forgiven"