On Sunday, the retired boxer announced that the exhibition contest will be held on February 20. 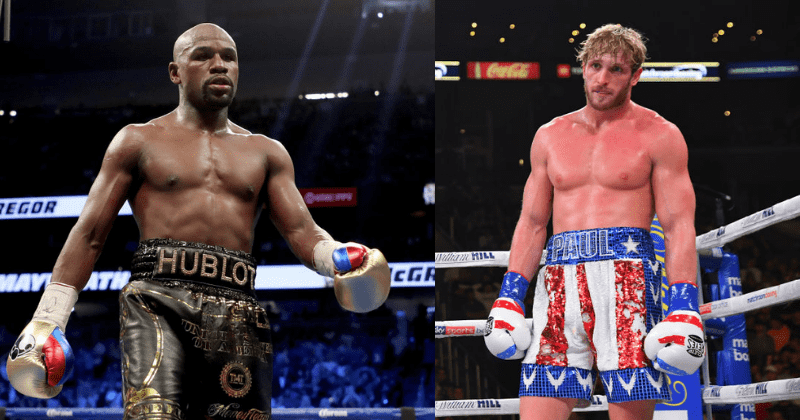 It's official! Floyd Mayweather will return to the ring in February to take on Youtuber Logan Paul, 25. On Sunday, the retired boxing legend made the announcement via an Instagram post, reports TMZ. Super Exhibition Feb. 20, 2021 !!!! wrote the 43-year-old who has not boxed professionally since his victorious bout with Conor McGregor in August 2017. Mayweather also revealed that tickets for the exhibition match (which means that this fight would not impact the fighter's professional records) are already on sale. Early Bird Special On Sale NOW!!!! @fanmio More Details Soon. Link in BIO.. continued the post.

The news about the fight comes after it was reported earlier this year that Logan's team approached Floyd's camp and offered a boxing match. However, the undefeated champion with a 50-0 record was indeed a tough cookie to break and why not? He has won an Olympic bronze medal and numerous world titles in five weight classes, according to The Verge. Whereas Paul, who found himself submerged in controversy after filming a dead body in a Japenese forest, has fought only one pro match against fellow YouTuber KSI which ended in his loss.

Both have been trash-talking each other for a while now before the announcement came. In a video posted last month, Paul taunted Mayweather for not agreeing to Paul's and even called him illiterate. "Hey Floyd, I know you've had the contract for a while now," he said, according to The Sun. "At first, I thought you didn't sign it because you didn't want one punch to ruin your legacy. But now I feel like maybe you didn't sign it because you don't know how to spell your name. Don't worry, champ, I've got you - check this out. I made you a cheat sheet." Then he pointed at the wall which had letters of the champ's name taped on it and added, "This is your name. Floyd Mayweather. It's pretty simple - it starts with an F."

When the W in "Mayweather" falls off the wall, Paul says, "F***. Well, yeah, you ain't getting the W anyway. Then an L - your first L. O-Y-D. May. Eather. Sign the f***ing contract, Floyd." Responding to this, Mayweather took to Twitter and wrote: These YouTube girls better find some Barbie dolls to play with cause I’m not the one for the kid games. 3 years ago a fighter from the UFC said my name and I had to put a muzzle on that bitch. @loganpaul can get the same treatment before I go conquer Japan again.

Have you guys seen Floyd Mayweather Vs Nasukawa match? Floyd knocked out the 20yrs old kid in just 3minutes to win $9M🙆‍♂️ Chai... Few hours to end of 2018 and someone still made $9m in just 3mins that is $3m per minute😳 I already know my profession in next life. #HappyNewYear2019 pic.twitter.com/96SBkKwjmE

Logan's brother Jake claimed that the match between the two did not bother him. "You know, it doesn’t bother me," he told The Daily Beast referring to Mayweather's comment. "At the end of the day, he’s like 5-foot-4, so he’s actually the little kid here, and obviously he just wants attention. He’s fifty-something years old. He should be in retirement. So he just wants to get relevancy by talking about the YouTube kids, because we’re the ones popping off right now." Although Paul has a substantial height and weight advantage over Mayweather, he simply is no match for the boxing icon.

Logan Paul has legitimately NOTHING to lose.

He gets KO’d by Floyd Mayweather, so be it, he makes unworldly bank and draws insane attention for doing it.

It's hard to imagine why the likes of Mayweather would accept a challenge like this but he is not above signing up for such farcical contests to make a spectacle out of it and of course taking home a hefty paycheck. According to The Guardian, Mayweather was estimated to have made over $100 million in 2017 from his fight with UFC star Conor McGregor. He had come out of his retirement to fight against McGregor who has never boxed professionally before. In yet another lucrative exhibition against Japanese kickboxer Tenshin Nasukawa, he made $9 million. Even Paul made millions of dollars during his match with KSI. It's likely that both would earn tens of millions from the lastest match set in February.

The showdown will be streamed as a pay-per-view and according to the Fanmio website the first one million tickets will be sold for $24.99. Following this, the price will be $39.99 and from December 29 onwards it will cost you $59.99. As the day of the match gets closer, the price will spike to $69.99 from February 11.