trending celebrity people lifestyle news animals
Boy, 14, Was Put In Basement And Starved For Years: "I Lived Like Cinderella With No Happy Ending"

Boy, 14, Was Put In Basement And Starved For Years: "I Lived Like Cinderella With No Happy Ending"

Ethan Kelly was rescued from an abusive Alabama home when he was 14 years old and hospitalized soon after. 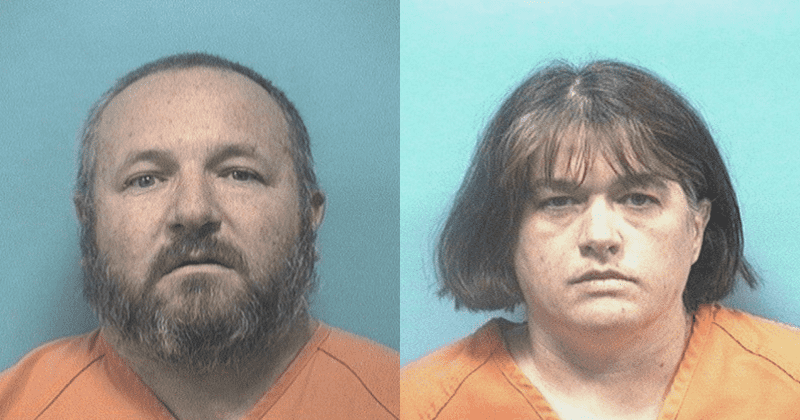 A teenage boy who was tortured and starved by his parents in a basement for years while they lived a normal life upstairs has said he wished he was dead when facing the torture. Ethan Kelly was rescued from an abusive Alabama home when he was 14 years old and hospitalized soon after and only faced his adoptive parents in court for the first time in over four years on Thursday, November 12. Now Kelly, an 18-year-old senior at Jefferson County high school, explained that his adoptive parents -- Richard and Cynthia Kelly -- kept him in such horrible living conditions he wished death upon himself, reports AL.com.

Speaking on the stand during the sentencing hearing for the adoptive parents, Kelly shared details from before his hospitalization in 2016 when he weighed just 55 pounds. He had an acute respiratory shock and was unable to speak. "I cried every night and prayed for Jesus to end it all," he said. "I'm not who I used to be. I'm not even who I was supposed to be. I lived the story of Cinderella with no happy ending." As per reports, the couple locked Kelly up in his basement room which didn't even have a bed, and was filthy, for 23 hours a day.

This is one among the worst cases and testimony I've covered in my 34 years of journalism: ‘Cinderella with no happy ending’: Starved Alabama teen locked in basement shares horrifying testimony https://t.co/LWweGSN7OJ

Authorities got a whiff of Kelly's condition when the father brought him to a hospital in November 2016 at a time when he was severely malnourished, dehydrated, suffering from shock, had hypothermia, and hypothyroidism. He was quickly placed on a ventilator for a week and the shocked doctors who treated him immediately involved child services to take a look at his condition. As per reports, Kelly was nearly dead when he was brought to the hospital but recovered miraculously. Kelly had two other children and a dog living in the house when he was hospitalized and there was a huge gulf in the kind of treatment the parents showered on him and the other children.

Horrible. I visited Ethan when he was recovering in the hospital, his size & condition for his age was shocking, but I remember he was one of the most humble, respectful and nicest kids I’ve ever met. Praying for him. Hopefully he continues to triumph, live good & be successful!

Apparently, the other two kids lived in the upper level of the home and the family even threw a birthday party for the dog when Kelly was forced to live in a dungeon. Speaking during the sentencing hearing, Helena Police Detective Sean Boczar said: "It all changed when I saw Ethan's bedroom. I had to second guess myself that someone was actually living in that room." As per the officer's accounts, the room had a box spring with no mattress, two locks, and an alarm outside the door. There were two dirt-stained windows too, but they hadn't been opened for a while. The teen was reportedly locked up from at least 11 p.m. until morning when he was granted a supervised trip to the bathroom before being put back in his room.

How do we change the law?! Call it the “Ethan Law” or something. This isn’t right and this makes me so angry...Just, how? HOW?! It’s not right in any shape, form or fashion.

The parents, meanwhile, claimed he was homeschooled but it didn't look like he received any form of education. Kelly was reportedly adopted with his brother Eddie by the Kellys in 2007 before sending him away a year later because of his 'behavioral issues'. As per reports, Kelly was also subjected to 23 hours of basement stay because of the very same reason. They reportedly claimed that the boy was destructive and that the family dog would bark at him which pushed them to keep him in a secluded room. They also stated that he was fed twice a day but had put a limit because he would "eat too much" if they didn't restrict him. After hearing the case, the parents were sentenced to a maximum of 10 years in jail because they agreed to a plea deal. Shelby County Circuit Judge William H Bostick, who presided over the case, said he would have liked to give them much longer sentences if they hadn't gone with a plea deal.

They are the worst type of people. I wish the laws weren’t so stupid to continue to allow people to have light sentences for being selfless human beings. They couldn’t even tell the truth in their testimony. I stayed at their house and never once saw this boy.